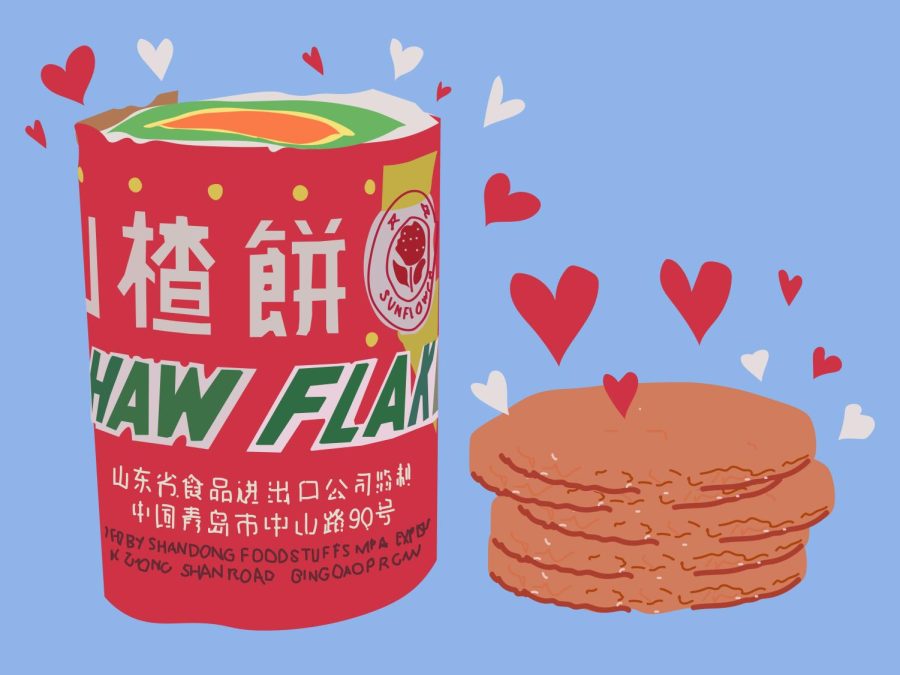 From classmates to friends to lovers

Getting in a relationship wasn’t on my 2021 bingo card, but here we are.

My boyfriend and I like to constantly ask one another how we ended up as we did: Dating right before finals were in full swing, with what is currently half of our relationship occurring over winter break. But as the linguists we are, I think it would be best to track it through words.

He and I are in the same, tiny, 100-person major, so it’s unsurprising that we ended up in two classes together last semester. I saw him four out of five days of the week, even though he preferred to sit at the back of the class and talk to as few people as possible. In the first class, we sat on opposite sides of the room. In the second class, we ended up sitting next to each other and stayed that way through the semester, in accordance with the unspoken seating chart every class seems to have.

The first day I sat next to him, he jumped. But after I kept engaging him in our paired class work and reassured him that being confused about the International Phonetic Alphabet was normal, he warmed up to me. I was never one to question his habit of playing Pokémon or Genshin during class. If we ever spoke, I simply asked him what he was doing. Sometimes, I saw him doing Chinese homework and would attempt to read the characters, which elicited a laugh at how wrong I was.

I gave him Haw Flakes — these round, sweet discs of Chinese hawthorn candy, which seemed to completely confuse him. I questioned whether he was eating properly, and always asked him if he needed help with the homework. We didn’t acknowledge that there was possibly something between us that was more than the classic extrovert-adopts-introvert dynamic until his roommate added an unexpected degree of relation.

The roommate and I were also in the same first-year seminar for my other major. We formed the kind of bond that doesn’t necessitate constant communication with each other, but was fortified by a mutual acknowledgement of respect and all-too-similar energy.

One day, as he was texting me, his roommate saw my name on his phone. They both relayed their knowledge of me to each other, and with the excitement made from this newfound and unexpected connection, I was quickly being texted from both sources about the discovery.

I’d been surprised too, but the only thing I could really think of to text was, “I absolutely adore him.”

And I truly meant it.

“He needs someone to bring the best out of him,” they replied.

I hadn’t realized it yet, but a level of fondness for him had begun to develop. Our conversations upgraded from GroupMe to text after I asked him for his phone number.

The next day, he asked if I wanted to study with him. That Saturday, we sat on the seventh floor of Bobst for a few very unproductive hours, thanks to many tangents, pleasant conversations, and an unexpected phone call from my brother, who probably charmed and entertained my boyfriend more than I ever could. No work was done, and before we knew it, we were leaving the building.

But I didn’t want to go home. Going home meant pacing around my apartment for an hour while I figured out what to do with myself.

So I asked him, “Can I come back to your apartment with you?”

Those words stopped him in his tracks. His eyebrows furrowed, but he didn’t look as confused as I’d expected.

He nodded, and I was soon following him home — a route I now know all too well.

After a lot of overthinking about where to stop to get boba, we finally arrived, where his other roommate — the second of four — was summoned out of their room to meet me. All too quickly, the roommate and I bonded, shouting comfortably in each others’ faces. He was completely exasperated, fearing the combined chaos he’d brought upon himself.

I ended up staying past midnight, crashing their “Arcane” watch party and meeting the other two roommates.

Next Tuesday in class, I put my things down, traversed to his side of the room, and sat next to his usual spot. His face fell, all too aware of what I was going to say.

The night before, his roommate told me of their penchant to cause him psychic damage, be it through saying, “good morning” at all hours of the day, or “I can take you in a fight” for no reason, suggesting dropping out at any tiny inconvenience or frequently interrupting him to call him petty insults. Out of names like loser, jerk, and idiot, I knew which one reigned most effective.

“Nerd,” I exclaimed with a smile.

“I would like to note that Mayee was entirely too excited for this,” says my boyfriend as I write this. “I’m 90% sure I remember feet kicking at my chair incessantly during this minute interaction.”

While he was visibly irritated, there was never a genuine request to stop.

During the following week, I’d go out of my way to find him and bother him any way I could. On the way to lunch with some of my friends, I passed by the linguistics department where he was sitting with his laptop open.

I waddled up to the window and knocked on the glass a few times. His head shot up. He matched my gaze as steadily as he could before I walked away.

Honestly, I should have known he liked me right then and there. Who in their right mind wouldn’t be weirded out by some rando who greeted them with a stare and nothing else?

My friends asked me who he was. I didn’t give an answer. Not to be mysterious, but because, at that point, I genuinely didn’t know.

That Friday, I followed him home again, and he let me. Even with an assignment due in a few hours preventing me from interacting with them, all of his roommates let me in with open arms.

With a Truly in one hand and Google Docs open on my laptop, I found myself trying to compile a seven-page document while definitely a bit tipsy. He’d gone to an event with one of his roommates, leaving me with the other two — who were also tipsy, and very much wondering what was going on.

After warming up to me, and reading the room significantly better than I ever could, one roommate told me that my classmate-turned-friend had plans of returning to dating apps in the spring — which didn’t sit the best with me. So I told them that I was probably just fixated on him and nothing more.

We later figured out that we somehow split his apartment in half in terms of information.

I ended up staying over that night — the first of a few sleepovers to come — and crashing on their couch. The next day, I freshened up at home and was immediately back at his apartment to finish the second half of “Arcane.” We were trying to be subtle, but were very obviously being touchy and cuddly with each other on his couch because we were too dense to actually say anything about it. Plus, we couldn’t interrupt the show.

Later, we ended up holding hands. I was jittery afterwards, knowing that I either had to tell him that night or hold onto these feelings over break. We were sitting in the kitchen, and I was eating some leftover candy while he cleaned — which I now know he does to distract himself. Not wanting to put myself through the emotional turmoil of holding onto my feelings for him until after break, I caught him off guard at 1 a.m. while he was washing some dishes.

He froze, finished cleaning his plate, and then turned around with wide eyes.

I went on to give excessive descriptions about the situation and why I wanted to tell him and that I wasn’t sure if I really wanted to date but that I was interested in him.

After listening to that nonsense, he replied, “Okay. Me too.”

Winter break hit. We were three days into our newfound relationship. Neither of us had dated for over two years. We weren’t interested in anyone else and decided, why not? For most of the break, we called each other a lot and played well over 300 games of GamePigeon pool.

“Okay, buddy,” I said whenever he would win a round, or if he said something very sweet about me that I stubbornly rejected.

Was it the most productive way to spend my break? Probably not. However, I don’t think I would have had it any other way.

And now we’re here. I was sappy and picked him up from the airport, where I practically launched myself into his arms.

I’m not sure how it came to be, but whenever I see him, I can’t help but look up at him, arms outstretched, and say, “Hi bubby.”

And he smiles back, equally as fond. “Hi.”