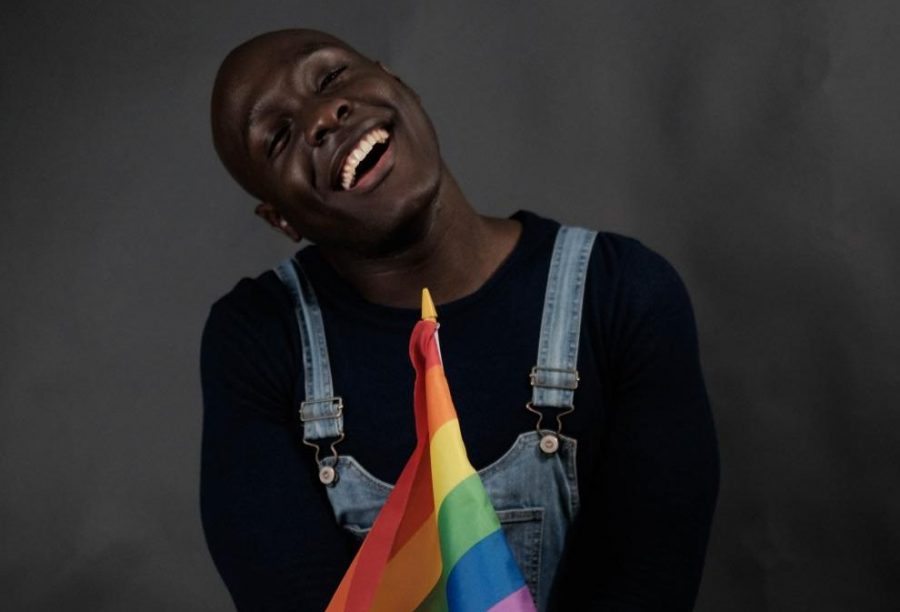 Malcolm Lewis squealed with excitement throughout his photoshoot. He was the only up-and-comer to bring a prop with him.

A small class of children stares at their last generation MacBook Pros on the eighth floor of the Tandon School of Engineering. Today’s task: repurpose Google’s logo with images of letters they find on the web using Adobe Photoshop.

Fifth-year Tandon student Malcolm Lewis circles the students like a mother watching over her brood. Keeping kids interested in Photoshop and away from YouTube, anime and other treasures the internet has to offer is a Herculean task, but with Lewis, the students show focus and gumption.

Lewis is a counselor for Tech Kids Unlimited, a non-profit educational organization that teaches kids with special needs computer and other tech skills.

When a boy raises his hand, Lewis swoops in, kneeling down so their eyes are level. The boy is having trouble cropping an image. Photoshop can be finicky, but after a few minutes, Lewis has fixed the issue.

Even though Lewis towers over the children at 6 feet 3 inches, the kids are clearly comfortable around them because in a lot of ways, Lewis is equally youthful. Lewis explodes with energy and charm. They scream when they’re excited, even if they’re in the middle of the street. They get bored easily (Lewis was diagnosed with ADHD as a child). Their facial expressions are almost over the top. People have no trouble knowing exactly what Lewis is thinking and feeling.

Lewis is a modern day renaissance man. Lewis is a computer science major. They’ve trained with Olympic fencers and competed at a Division I level for three years. They perform drag and have done LGBTQ advocacy work since their teenage years.

“My eyes have always been way bigger than my stomach,” Lewis said.

Lewis and their team won HackNYU, NYU’s annual global hackathon, in 2017. This year, Lewis is helping to plan and organize it.

At Tandon, Lewis has been intimately intertwined with the campus community throughout their five years. They’ve been involved with orientation every year, they were on Tandon Student Council their first year and perhaps most importantly, they have been an active member of Out in Science, Technology, Engineering and Math — which advocates for LGBTQ students in STEM. Lewis served as the club’s president for nearly two years.

“He’s sort of like a gay icon at Tandon because he just has such a big and inviting personality, and that’s what made me join the club in the first place,” Tandon senior and current oSTEM President Eric Kwok said. “His passion and enthusiasm for not only creating more LGBTQ visibility on campus but also making sure us queer and trans folks have equitable professional opportunities is both inspiring and encouraging. It has been an absolute thrill to work with someone with so much grit, intentional, respect and passion.” 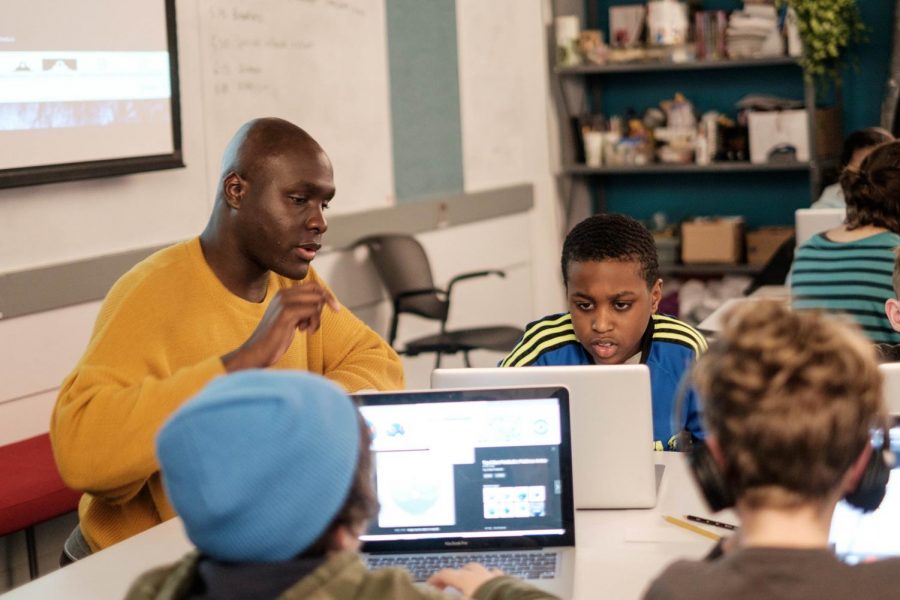 Lewis is a masterful gender bender; though Lewis wanted me to use they/them/their pronouns for this profile, they said they didn’t really mind what gender pronouns people use for them. Their friends will use he/him or call them ‘sister’ (Lewis does this when referencing themself in third person). The gender bending doesn’t end with Lewis.

Lewis’ seemingly endless schedule eventually caught up to them at the beginning of junior year when they saw their lupus seriously flare up. Lewis was losing hair, seeing lesions all over their skin and constantly feeling cold. Their mother dragged them to the doctor where they were treated. Against the wishes of their mom, Lewis did not take medical leave that semester and instead struggled on with their studies. That semester, Lewis got a ‘D’ in every class except for calculus, which they failed.

After getting back into good academic standing, Lewis learned how to better take care of themself and said that the oSTEM community was a huge help in their recovery — Lewis, despite all they do, is incredibly modest and is hesitant to take credit for things.

When Lewis got their first taste of freedom in middle school — and their first set of keys — they would set up camp in the local library reading books about physics and outer space. That sparked their love of science and math. As a kid, Lewis saw themself becoming a physicist or discovering a cure for AIDS or even becoming an astronaut to explore space.

Lewis grew up in Staten Island and went to Catholic school for three years for middle school where they had to wear a uniform every day — the irony of this is not lost on them — but high school is when Lewis gained their full freedom when their cautious, protective mother loosened the reins to let them discover the world.

“In high school, I discovered fencing, robotics, the honor roll, racism, physics, LGBT centers all over the city — including in my home borough — homophobia, algebra, geometry, trigonometry, precalculus and my sense in fashion,” Lewis said.

High school was also where Lewis bloomed into the eccentric, emotive, outspoken person they are today.

“Most of my teachers and classmates knew who I was, either from screaming in the halls, coming to the library where I worked community service hours or from speaking on the loudspeaker every morning for the pledge of allegiance and daily announcements,” Lewis said. “Students knew who I was because of how active I was on campus.”

The same seems to be true at Tandon, where walking down the hall with Lewis can make one’s own social life feel empty.

Lewis made 10 people smile and gave two people hugs before we even sat down for our interview. The first time I talked to them, for a different story, they were 90 minutes late — Lewis tells people they were two hours late because they like to exaggerate.

Lewis is so full of ideas, verve and talent that picking what to do next is always difficult. Of the things Lewis sees themself doing in the future — modeling, going to graduate school, teaching, diversifying tech companies or perhaps something else entirely — Lewis is likely to move forward with the pep they’ve infused into everything else.