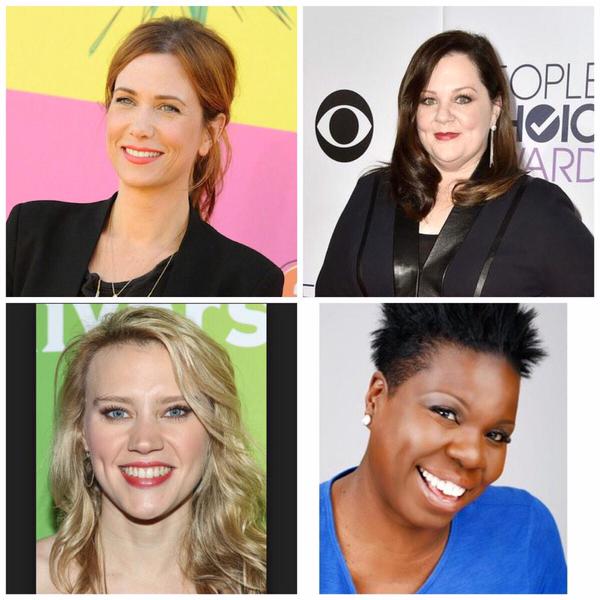 In January, when the main cast members for the all-female “Ghostbusters” reboot were announced, many celebrated the small step forward in the ongoing battle for equal gender representation in the film industry. Featuring two well-established comedy stars, Melissa McCarthy and Kristen Wiig, as well as two rising talents, Leslie Jones and Kate McKinnon, the Paul Feig-directed film has potential to be not only a blockbuster and a loving homage to the 1980s smash. The movie will also be a heavy addition to the debate that Hollywood films can still generate high box office revenue while passing the Bechdel test, meaning that women are talking about something besides men. One gender-reversed franchise reboot might not magically fix everything, but in a world where only 30.9 percent of named characters are female and not a single nominee for Best Picture at this year’s Oscars featured a female lead, it is a small step in the right direction.

The celebration was short-lived, however, because then came the inevitable Internet backlash. The cries of ruined childhoods rose loudly to the forefront of the conversation about the project. Granted, this type of vitriol exists every time production begins on a remake of a beloved classic, but only a remake featuring women would receive so much ignorant, misogynistic abuse. A short time later, Sony announced plans for a standard remake of the original film featuring an all-male cast. It remains unclear whether the second announcement was a response to the backlash or whether the two counterparts had been developed separately. Regardless, creating both a male and a female version represents a twisted, misguided perspective on gender equality.

Sony has backtracked on the one progressive, clever choice in an where seemingly every successful franchise in film history is getting new additions, including how Marvel Cinematic Universe has sequels planned through 2019. What they have crafted instead is an inevitable competition between the two films. It is now unknown what message this will send to the rest of Hollywood, but and giving equal parts to men and women is paramount.

A version of this article appeared in the Thursday, April 9 print edition. Email Zach Martin at [email protected]nyunews.com