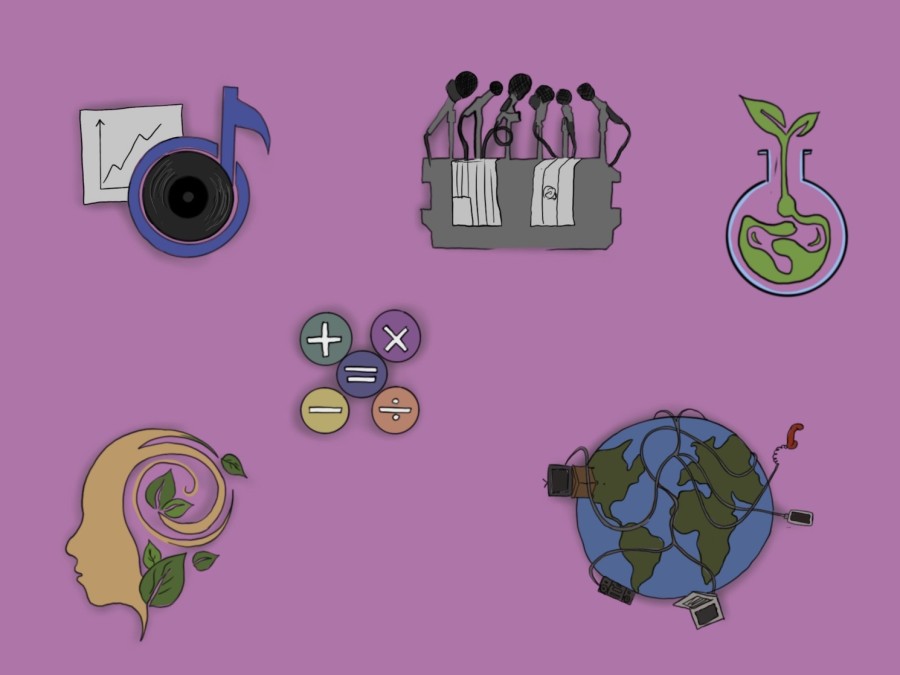 The truth about changing your NYU major? It’s not that bad

WSN staff members explain the reasons they changed their major and whether they regret it.

I originally applied to NYU as a Psychology major. Instead, I got accepted into the Liberal Studies Core program, which meant I couldn’t officially declare a major until the end of my sophomore year. In a way, I’m kind of grateful for it, because it gave me enough time to think about what I really wanted to do. My intended major changed between Urban Design and Architecture Studies in the College of Arts & Science, Music Business in Steinhardt School of Culture, Education, and Human Development and even an individualized design major in Gallatin School of Individualized Study until I finally settled on Media, Culture, and Communication in Steinhardt with a minor in Digital Art and Design. Even after that, I didn’t truly figure out what I wanted to do until I started working at WSN and took on a second minor in journalism. To be honest, I realized a bit too late that MCC wasn’t really my cup of tea either; however, I’m really happy with what I’ve learned and experienced through journalism. What I’ve learned is that it’s okay if you don’t find the perfect major; you can gain a lot of valuable experiences from the things you do outside of your required classes.

I came into CAS as a Biochemistry major. During the fall of my senior year of high school, I had done some really cool genetics research for a teacher, and I wanted to pursue that in college. I took a chemistry class, and though I did well, it quickly became clear that I didn’t want to pursue chemistry after college — or biochemistry, for that matter. I oscillated between maybe four different majors my first year: linguistics, biology, classics (Latin and Greek) and politics. My advisor left NYU that summer and I’m not entirely sure it wasn’t because of me. But I settled after fall of my sophomore year: journalism and linguistics. Remember, college is supposed to train you for a career afterwards. Consider the work you’re doing in your classes — if it’s something you could see yourself doing for the next 15 years, then choose to study that.

I applied to NYU as a Math major through CAS. While I did well in my first semester, I didn’t find the following two math classes to be particularly enjoyable. I switched to English in my sophomore year and took on a Creative Writing minor in addition to a Math minor I was able to secure with the credits I’d completed. My decision to change majors was more difficult than the transition itself, as I’d been so sure of pursuing a Math major I was overwhelmed at losing that. So far, I’m pretty satisfied with my English major as it’s afforded me time to attend club meetings, spend time with friends and explore the city. I wouldn’t have joined WSN or returned to writing in my free time had I not changed majors, nor would I have discovered a number of careers I’m actually interested in. Definitely review the requirements for majors you’re considering changing to and whether it’s not just feasible but manageable. Don’t close yourself off to the major you start with; allow yourself to consider other possibilities and see where they take you.

I originally enrolled in NYU as a Psychology major in CAS and took pre-med courses – including chemistry and biology – as I considered pursuing psychiatry. Throughout my freshman year, I realized my interests were broader; I wanted to explore public health and policy, and found that studying psychology in CAS was not the right fit. I’ve always wanted to work in mental health, but felt limited by the CAS psych curriculum, which focuses more on theory and research rather than practical applications. The summer leading into my sophomore year, I took Medical Ethics, which furthered my interest in public health through its exploration of ethical dilemmas in bioethics. That fall, I transfered into Steinhardt as a Global Public Health and Applied Psychology major. Doing an internal transfer felt like a bigger deal than switching my major — I was completely changing my home school — but it was one of the best decisions I’ve made at NYU. My new major isn’t perfect, but it’s allowed me to take courses that truly interest me and has better prepared me for a career in public mental health.

I came into CAS thinking I would major in Dramatic Literature. I loved theater and English in high school, so it seemed like a perfect fit. The intro class was great, but it didn’t feel as relevant to me now that I wasn’t working on shows. Then I took the Social and Cultural Analysis intro classes which I liked but something about it didn’t feel quite right. Second semester sophomore year, I took the Introduction to Comparative Literature class and intro English class in a last ditch effort to pick a major before the deadline. I technically had to declare an English major to take the English class, so I guess I did have a major for one semester. Then my CAS honors scholars professor and I talked and she said, “You’re the most Gallatin person I’ve ever met. Have you ever thought about transferring? The deadline is in two weeks, I can help you.” And that rocked my world, especially coming from the person who was supposed to keep me on track in CAS. The idea of changing schools two years in freaked me out but my roommate had transferred from CAS to Gallatin the year before and seemed happy, so I went through with it. Such a good move. I love the undecided school.