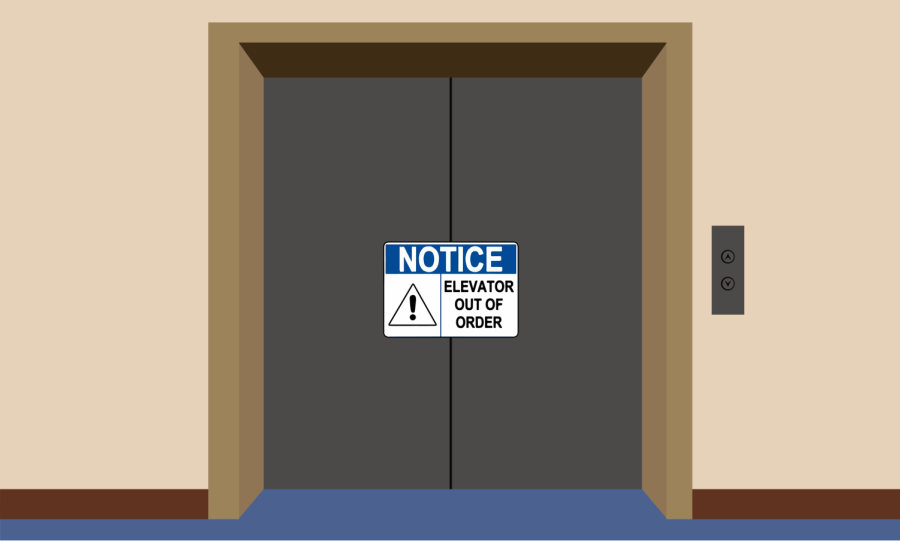 Mariah Mendoza, who has severe scoliosis coupled with an internal right snapping hip and chronic pain, said they were “jumping through constant hoops” just to make their voice heard when it comes to housing accommodations at NYU. As a first-year at the School of Global Public Health, she lives in NYU housing, as all first-years are encouraged to do. The administration, however, has far from met her needs. Elevators frequently go unrepaired in dorms, and the lack of accessible ramps and bathrooms in academic buildings is disturbing.

She isn’t the only one who feels this way. It can be difficult to balance the pressure of completing assignments, searching for internships and studying for exams; fighting for accommodations should be the least of a student’s concerns. However, NYU is not allocating its abundant resources well enough for students’ comfort and well-being.

Mendoza has disabilities that require diligent planning for daily routines, such as determining how long it takes to get somewhere before the onset of pain, or deciding whether or not a social gathering is worth the exertion.

She was given an accessible dorm at University Hall suite complete with an accessible bathroom. But this was only given to her after having “fought for it pretty hard” despite being in touch with her accessibility specialist.

The inadequacy of housing accommodations is not limited to the dorm room. Elevator breakdowns are a common occurrence in University Hall — a serious issue for residents with disabilities. Mendoza’s commute to class takes time because of her disability, which means leaving early. With elevator delays, her commute is even longer and more taxing.

“There’s no such thing as an accessible world,” Mendoza said. “I think it would’ve been more important for NYU to reach out to different people about whether or not they needed accessible housing instead of people having to reach out to them.”

Through the Moses Center for Student Accessibility, the Reasonable Housing Accommodation Committee reviews accommodations weekly — but some students do not receive responses to their accommodation requests for months on end.

NYU requires randomized housing assignments for first-years, which can be an additional source of stress for those who struggle with mental health. CAS first-year Danielle Strassberg found herself in this situation, so she requested to be moved to a single room in October 2021. She did not hear back for three months, until January 2022.

After finally receiving housing accommodations four months after her initial request, she was not offered any moving assistance. Instead, she was forced to move her belongings with the help of her friends in slushy snow from Weinstein Hall to the Third Avenue North residence hall — a distance of half a mile.

“I suffer from OCD, which makes it hard to live with someone,” she said.

Despite her efforts, she was unable to receive accommodations and had to adjust to living with someone who was essentially a stranger, all while managing her mental health in an entirely new environment.

For Anneliese Foltz, a CAS first-year, the biggest concern is the university’s lack of private therapy rooms. With three other roommates in her suite, therapy sessions drastically “lose productivity” due to a lack of confidentiality.

Improving mental health accommodations could start with addressing NYU’s lack of long-term therapy. NYU does offer short-term counseling, but it is inadequate for treating ongoing conditions.

CAS first-year Scarlett Pigeaud has suffered from life-threatening food allergies to peanuts, tree nuts, soy, sesame, legumes and apples for nearly her entire life. She has since learned how to navigate restaurants, cafeterias and grocery stores, figuring out what she can and cannot eat along the way. But issues extend outside of the dining halls and into the dorms.

When Pigeaud came to NYU, she knew she wouldn’t be able to use the dining halls like other students. The university could not guarantee that certain foods would be entirely safe. The only solution NYU could offer was a single dorm room.

Pigeaud was eventually placed in a University Hall suite with a kitchen, and realized she had to navigate around another issue: roommates cooking with foods she’s allergic to. Perhaps a solution could be placing students with similar allergies together to minimize the risk of allergic reactions.

Despite NYU being aware of her circumstances and even placing her in a single dorm, Pigeaud was still obligated to purchase a meal plan since she is a first-year.

“The safest thing for me are salad bars because I can see the food out in the open and they’re in separate containers,” Pigeaud said. “But I can’t just eat salad all the time.”

Due to her limited options, she has had to look elsewhere for her meals, leaving her with no options besides spending additional money on food outside university dining halls — which can quickly add up.

Pigeaud is certainly not the only first-year student with food allergies, and certainly not the only student to find it financially draining to eat at New York restaurants. Perhaps NYU could provide students with a budget for off-campus eateries that are more accommodating to allergies — just as the university gave quarantining students Grubhub gift cards when NYU Eats failed to provide adequate meal service.

The Moses Center is in charge of student accommodations, for housing and elsewhere at the university. They did not respond to requests for comment. Finding housing accommodations at NYU is no easy task. Everyone deserves the chance to persevere and excel. A lack of proper accommodations should not get in the way of that.