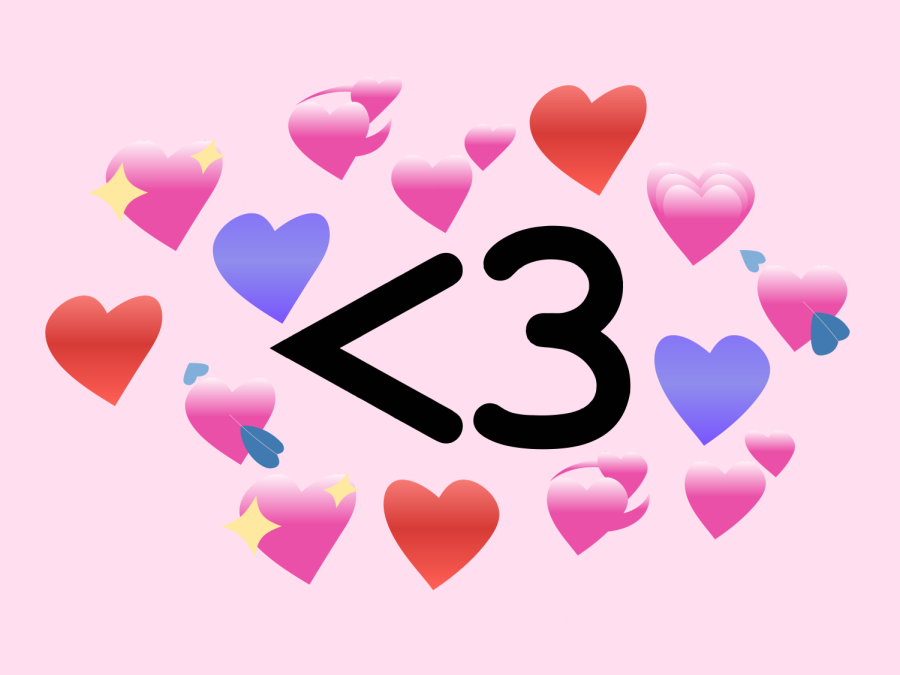 The case for the <3 emoticon

“Instead of saying ‘I love you,’ I’ll just use a heart,” a New York college student told The New York Times in late 2011, as emoji were beginning to take off in the United States.

The appeal of emoji has always been their ability to convey meaning with a single colorful pictograph. They’re faster than writing out words and they’re more visually appealing than emoticons.

Most of the people reading this article won’t remember a time when you couldn’t send a heart emoji. Emoji were conceived in 1999, before many current NYU undergrads were. When emoji were added to iOS in October 2011, we were all still in elementary school.

But before ❤️, we had <3. These days, with so many shiny digital hearts to choose from, an emoticon like <3 — humanity’s first attempt to translate a heart into textable pixels — seems obsolete, even primitive.

For me, though, it’s deeply real. It harkens back to a time when there was no easy, vivid way to depict a heart. There was a gap between the emotion we wanted to convey and the tools we had to display it, and <3 was our effort to bridge that gap.

That origin is what makes <3 beautiful to me. It isn’t a precisely shaped full-color heart. It isn’t regulated by an international consortium, and its exact appearance isn’t engineered by graphic designers at the multinational corporation that produced your device.

❤️ is the abstract concept of love, but <3 is a reminder of what a privilege it is to live and grow with the person you love. ❤️ is “love,” <3 is loving. Despite its digital endemism, <3 is deeply organic.

It’s not a perfect image of a heart, but it’s something better: two halves coming together to make something whole. Real love is made of imperfect pieces, after all. Love isn’t an object but a process, one where trust and understanding come together to overcome all imperfections and obstacles.

Because of those so-called imperfections, that process is more real than any of the idealized relationships you see in movies. The right people can build a love that isn’t just perfect, but genuine.

After nearly three years of genuine love with my girlfriend — “less than three,” you could say — the heart emoji is too polished for me. It’s what you expected your first relationship to be like before you found out that falling in love isn’t enough to make love work. What does make love work is, well, work.

“happy valentine’s day <3,” I’ll text her today. We won’t be going out to eat tonight. We’ll be in the kitchen together, cooking dinner.