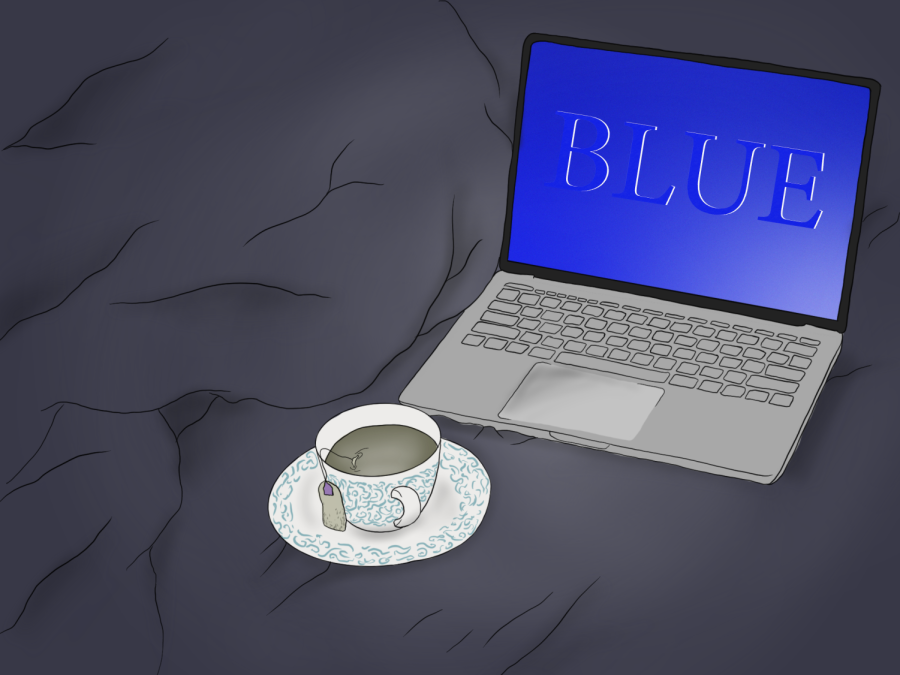 Off the Radar: ‘Blue’ is 79 minutes of a single color addressing the injustices of the AIDS crisis

Derek Jarman’s last directorial effort, “Blue,” consists of a single static shot of the color blue, accompanied by the poetic musings of the director, who has come face-to-face with his impending death due to AIDS-related complications. The film represents a solemn filmographic finale for the gay iconoclastic director who once filled the screen with bright colors, larger-than-life visuals and characters that often blew out the screen. In “Blue,” Jarman faces death so that the viewer may experience the splendor of life.

There’s an inherent difficulty in writing about monosyllabic avant-garde films, especially when the film in question contains a single image. Famed father of the New York avant-garde Jonas Mekas explored this very predicament in writing about Andy Warhol’s “Sleep,” a 321-minute film that consists entirely of a man sleeping. Reflecting on “Sleep,” Mekas asks “Is it cinema? […] A Zen joke?”

To engage with the immobile forces a viewer to reflect on the ticking temporality of their lives. Whether the unchanging image in question involves a sleeping man or a blue hue, stillness on film automatically rebels against the motions of the moving image. When making this choice, the film tests the narrative covenants that audiences usually expect when they enter a theater. With “Blue,” Jarman utilizes stillness to make viewers question how they are negotiating their time and ultimately, their lives.

It almost seems antithetical to write about such a visually uncinematic film, but Jarman’s ability to transform a single blue still into a canvas of life’s many ups and downs is a testament to his genius as an artist. Making excellent use of sound, Jarman turns his static shot of the color blue into one of the most moving films ever made. As a disembodied voice, he nakedly narrates the pains that accompany his encroaching blindness and impending death due to complications related to living with AIDS in the 1990s. In combining Jarman’s musings on the color blue with his own reflections on coming closer to death, his sound collage offers up blue as his soul, his body and his suffering, in under eighty minutes.

His memento mori plays like a Rothko talking back at you from the edge. The sight of the unchanging evokes hallucinatory motions of their own, because the act of staring at one thing for too long forces the viewer to change instead. As filmmaker Tyler Parker once put it, “time, as it is lived in consciousness, is of the essence of changefulness.”

In this light, Jarman’s decision to create “Blue” makes sense, as the capturing of stillness relays his move into the hereafter, portraying an embrace of void-being that transcends time’s death rattle by offering up his insights as immaterial memory. The act of watching “Blue” invites Jarman back into the living world, pronouncing his ultimate victory over the disease that stripped his life away. To this day, “Blue” remains the closest any director has come to filming death, bringing life into view in the process.