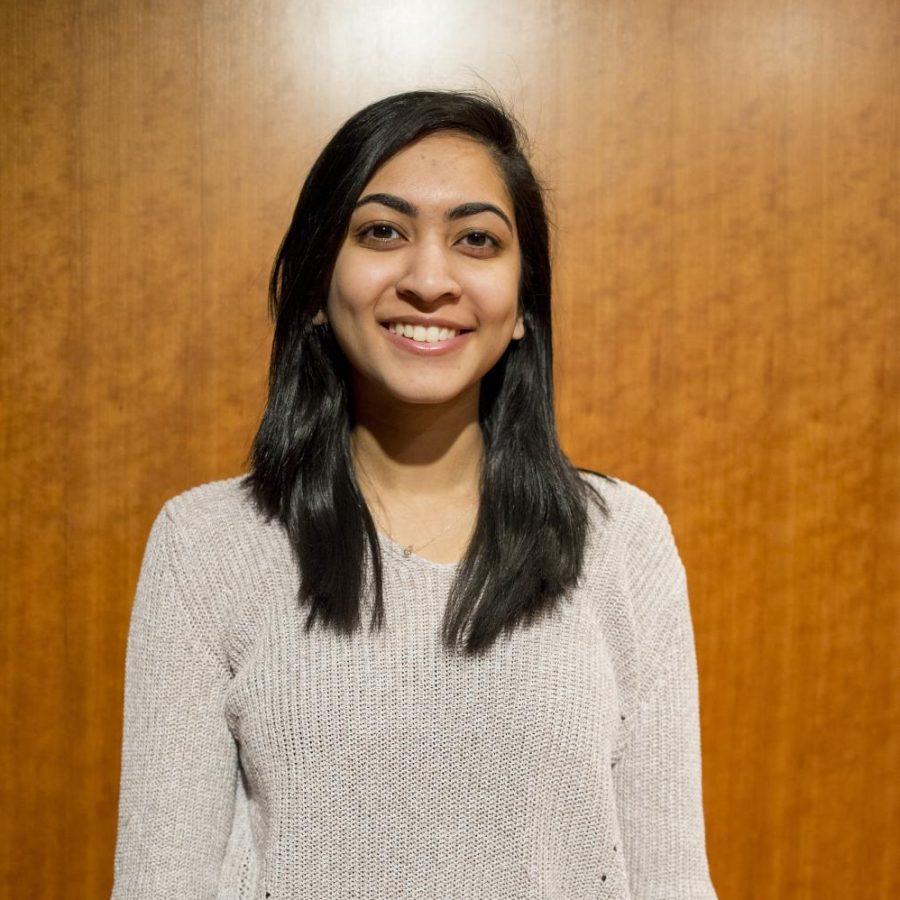 Inter-Residence Hall Council’s Vice President of Service Shriya Khonde wants to build bridges. Whether it’s between students on NYU’s Washington Square and Brooklyn campuses or between the entire NYU student body and New York City as a whole, Khonde wants to use service as a way to foster relationships between communities.

Curating these relationships is especially important to Khonde because she is a sophomore at the Tandon School of Engineering. She said that during her first year, many Tandon students felt isolated from students on the Manhattan campus, and part of her motivation to run for Vice President of Service came from her desire — and that of her friends and fellow IRHC E-board members Karan Ganta and Shawn Kshatriya — to give the Brooklyn campus a voice.

“I know especially for Shawn, since he’s [Vice President of] Advocacy, he’s really big on that, so I tried to do some service events that were in Brooklyn as well as here so that every single student feels more a part of it,” Khonde said.

Khonde also believes NYU students can and should reach out to other communities within New York City as well.

“Just because we go to college here doesn’t mean we have to isolate ourselves from the place where we actually live,” Khonde said.

As the sole Vice President of Service, Khonde organized the Fall Day of Service, during which all hall council directors of service, presidents and directors of training and development were assigned to various service projects throughout the city, and she is organizing a Spring Day of Service that will be open to all members of the NYU community. She is also tasked with coordinating efforts for NYU’s chapter of the New York Dance Marathon.

“That was probably the biggest initiative I worked on,” Khonde said. “We had Dunkin Donuts fundraisers for that; we had every single hall raise as much money as they possibly could with their initiatives.”

Being a member of IRHC has inevitably taught Khonde much about what it means to be a good leader.

“I realized being a leader and [in] a position of authority, you can’t just be like, ‘oh, I’m the leader, I’m the boss,’” Khonde said. “Not that I had that mentality before, but I’d never been put into a situation where I had so many people that I had to delegate tasks to, so I would say that I learned a lot about myself, making sure as a leader [that] not only do I need to maintain my role, but I need to make personal relationships with every individual just because that helps me gage exactly where the team should be headed altogether.”

Other than getting to foster service initiatives for the university, one of Khonde’s favorite parts of being on IRHC is the fact that it gives her a sense of community.

“You get to make your own little family of people — I mean, I made my best friends through hall council,” Khonde said. “I think it’s really awesome that everyone is kind of working toward the same goal.”