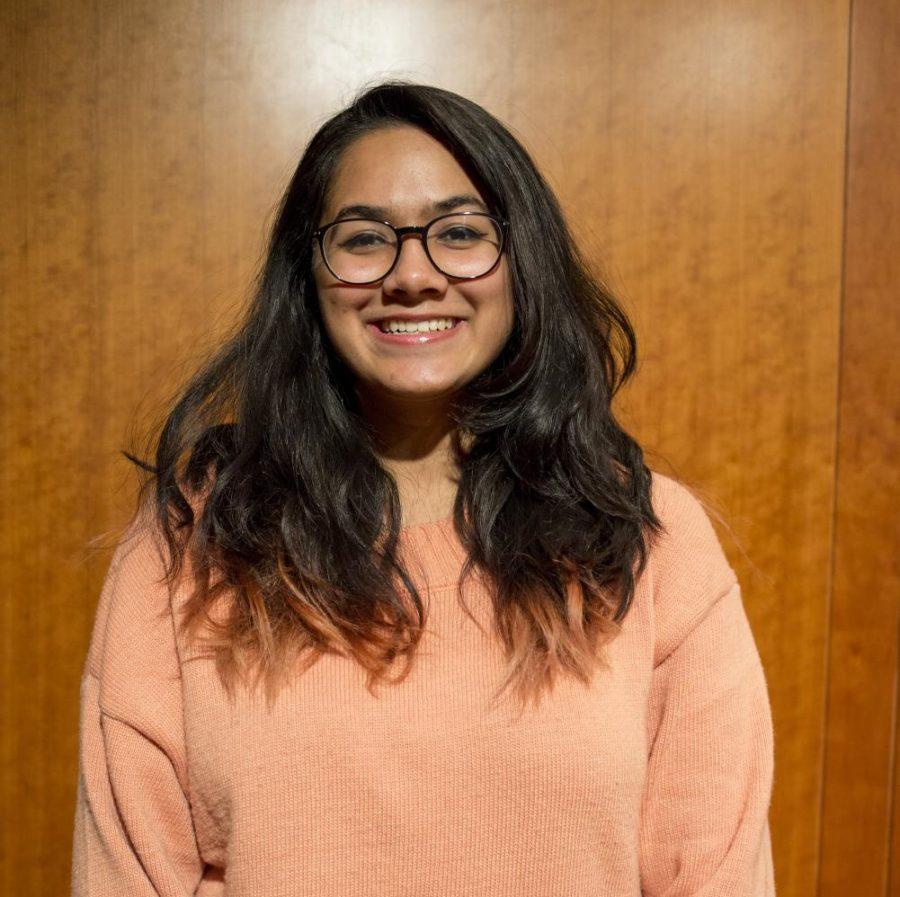 Shraddha Jajal balances her life on a tightrope — with precision and grace, she never misses a step.

Between balancing her dance team, two jobs and position as the Vice President of Business Administration for the Inter Residence Hall Council, it’s a wonder the CAS sophomore has time for her joint major and double minor.

But she takes all her responsibilities in stride. Her position as IRHC’s VP of Business Administration is one in particular that she enjoys. She’s learned to appreciate the fact that she has more of a background role, as she’s in charge of managing the budget, keeping track of receipts and communicating with IRCH’s General Assembly.

“What I’ve really gained is patience, a lot of patience, because with my role, I have to kind of be more of a backbone pillar thing,” Jajal said. “It’s just a lot of waiting for other people to get done with their things and then do my thing, and a lot of patience.”

Being a supporting pillar of an organization is something new for Jajal, who served as the president of Rubin Residence Hall’s council, Student Undergraduate Government @ Rubin — fondly referred to as [email protected], during her freshman year.

“[As president,] you’re the one who runs the meetings, you’re at the forefront of everything,” Jajal said. “And then being the VP of Business Administration’s more like, you know, background work, the money, the budgeting, the structure stuff.”

Jajal decided to run for an IRHC executive board position after attending meetings her freshman year as [email protected] president. She said she liked the people she met and the kind of environment it provided.

“I met some really, really nice people — not just on the E-board, but the GA — and it’s just a good community,” Jajal said.

Though Jajal has spent much of her time at NYU immersed in residence life, she doesn’t think people really know what IRHC does, or what the group even is. She believes people know more about the individual hall councils.

“You get to make a lot of differences, and if you like events you can plan a lot of big stuff,” Jajal said. “It’s a lot of exposure you could get, and I encourage people to join because it’s fun and you meet new people and you get to do really cool things.”

Disclaimer: Shraddha Jajal is a staff writer for WSN.