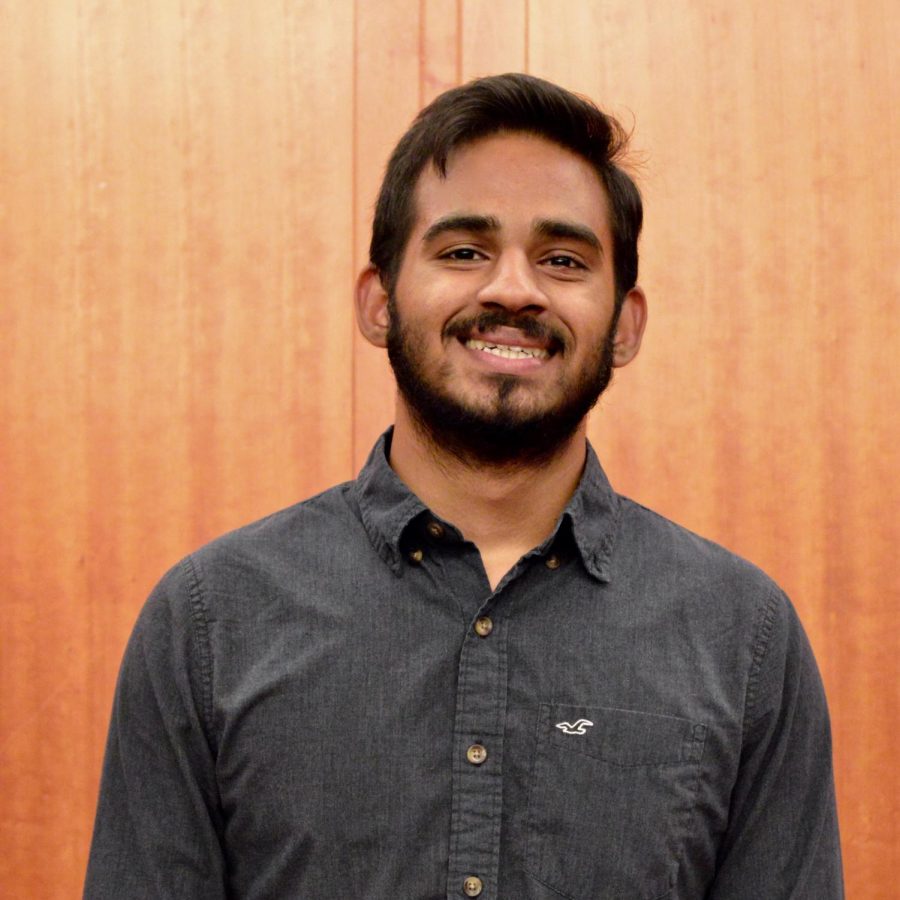 When you first meet Tandon sophomore Karan Ganta, he might seem like your average NYU student: a guy who balances school, a job and student government. But as IRHC’s co-Vice President of Events, Ganta’s impact on the NYU community is nothing short of monumental.

As the VP of Events, Ganta is in charge of coordinating major university-wide events.

“There’s a couple things I have to do, but the most important thing is that I organize Flurry, which is our ice skating event,” Ganta said. “There’s also UVL, which is our Ultra-Violet Live and that’s our talent show. It’s a lot of fun, [and] it’s really cool.”

With three major events — Flurry, UVL and Moonlight Ball — to plan throughout the year, Ganta has to plan his schedule to a tee; a trait proven when he sent his packed weekly schedule to coordinate an interview time for this very article.

“The main thing I’ve taken away from IRHC is time management,” Ganta said. “It’s really forced me to make a schedule and stick to it.”

Ganta took the risk of running for an IRHC executive board position along with his friends and fellow E-board members Shawn Kshatriya and Shriya Khonde — both of whom, like Ganta, are sophomores in the Tandon School of Engineering. Being a student at NYU’s Brooklyn campus made Ganta want to make Tandon more of an overall presence at the university.

“From my end, it was definitely about bringing Tandon in more,” Ganta said. “The biggest thing I’ve always wanted to do throughout student government is just unite NYU more and make it a lot more transparent so people can just see things and they know where to go when they need help. Just making things easier and smoother.”

One of his favorite parts about being on IRHC is that he became closer to Khonde and Kshatriya. In fact, he and Kshatriya currently live together in Carlyle Court Residence Hall.

“Me and Shawn are basically brothers now,” Ganta said. “Me and Shawn are suitemates, and last year we were floormates. Shawn was I think the first-slash-second person I met at NYU that wasn’t from Georgia.”

Though he came into IRHC already knowing Khonde and Kshatriya, he was able to develop friendships with other members of the group as well.

“My favorite part is meeting new people because you don’t meet the same type of person in hall council,” Ganta said. “They’re not the same except for the fact that they live in halls, so it’s very little for similarities. So it’s just really interesting to see what type of people there are.”