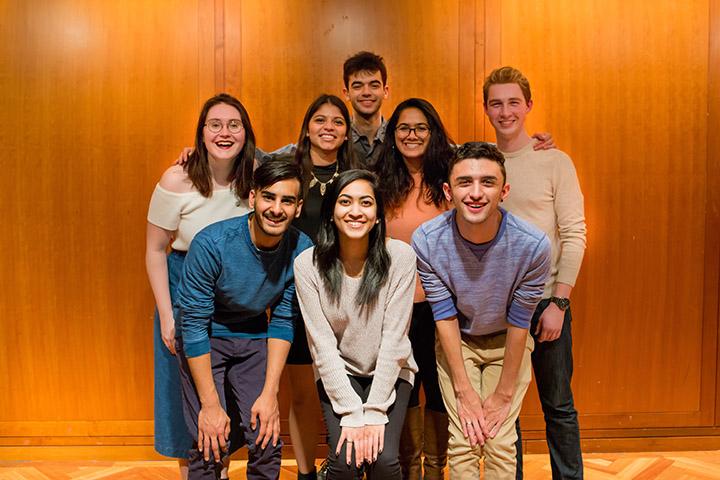 There are a handful of students with exclusive insight into the world of NYU residential life. They live among us, but appear to be just like the rest of us. These are the nine students that make up the illustrious Inter-Residence Hall Council’s executive board. Aside from their busy lives filled with classes, work and social lives, the nine executive board members carve out precious slots in their calendars for meetings, events and planning sessions with their respective advisors all for the greater good of the 12,000 students living in NYU’s residence halls.

You’ve seen IRHC’s events — Flurry, Ultra-Violet Live and Moonlight Ball — plastered on your Facebook wall, the walls surrounding your residence hall’s elevators and the walls of the Kimmel Center for University Life. Maybe you’ve even been to a few of them. But it’s their tireless, behind-the-scenes work that truly showcases the time and effort they put in to making residential life at NYU unique and memorable.

IRHC meets every Tuesday night as an executive board along with its two advisors — Nic Evans, the assistant director of NYU’s Student Leadership and Staff Selection, and Tyese Medford, the graduate assistant in the same department as Evans — to discuss group goals and the individual initiatives members have planned for the upcoming weeks. CAS senior and IRHC President Antonella Cotilletta presides over each of these meetings, always with a strict schedule in hand to ensure every single matter is addressed.

Following the intimate E-board meetings, IRHC’s General Assembly, which consists of all the presidents and directors of training and development from each residence hall, floods into the Palladium Residence Hall multipurpose room where the GA is brought up to speed about what’s coming up. Anyone who lives in NYU housing is welcome to come, but mainly only hall council members attend because many NYU students who live in housing don’t know about the weekly meetings.

All of IRHC’s current E-board members worked their ways up the residential life ladder by starting off in their respective residence hall councils. Tandon sophomores, friends and fellow e-board members, Co-Vice President of Events Karan Ganta and Co-Vice President of Advocacy Shawn Kshatriya started as members on Othmer Residence Hall council. They met Vice President of Service Shriya Khonde from Clark Street Residence Hall, and the three quickly became friends through attending IRHC meetings. They all decided to run for IRHC executive board positions together. The trio even submitted their letters of intent to run together.

“Shriya and I had already hit submit,” Ganta said. “But Shawn was the last one to hit the submit button on the [intent to run] form, and then we were all in it together.”

Weeks later the trio found themselves, much like the other e-board members, taking the stage  of the Palladium multipurpose room to give their campaign presentations to the entire IRHC general assembly. Each candidate prepared slideshows which advertised their personal qualities and their goals for their sought-after position. Following the presentations, each GA member voted on their pick for president and all the other eight vice president positions.

About a week later, the candidates were informed of their respective positions, and each member integrated themselves into their roles quickly, taking on traditional IRHC tasks and events, such as Ultra-Violet Live.

On Feb. 22, IRHC will host its 15th annual UVL, a university-wide talent show the group spends months planning in advance. Co-Vice Presidents of Events, Ganta and Steinhardt sophomore Kyle Haynes, are the puppeteers behind UVL among previous events of the semester, such as Flurry, IRHC’s annual ice skating event that was previously held at Wollman Rink in Central Park.

Everyone’s really supportive in our group, for sure. No one’s gonna be putting someone down, and we all just want to share our ideas and implement them if possible.”

“For every event, we make a checklist about what needs to get done and by what time they need to be done,” Haynes said. “Then we bring the list to Nic Evans, and he helps us sort everything out with the budget. He usually books any venues we need, but we’re completely in charge of planning.”

But the IRHC doesn’t just serve the NYU community. Throughout the year, IRHC puts forth efforts to co-sponsor or collaborate on other NYU clubs’ events, including New York Dance Marathon, with which it works with the university’s Greek Life organizations. Together, the two organizations fundraise for the Andrew McDonough B+ Foundation, which supports the families of children diagnosed with pediatric cancer. During the 12-hour-long dance marathon, students raise money by earning pledges of certain dollar amounts.

As Vice President of Service, Khonde organizes a large amount of resident life’s involvement with NYDM.

“NYDM is more of a Greek Life [event], and there are a lot of Greek Life teams, but this year, we got to represent res life, and since I was [Vice President of] Service, I got to advocate for res life,” Khonde said. “When you’re there, it’s a whole new experience. You really feel the energy.”

This year, IRHC had a little over a month to raise money for its goal of $10,000, and the group earned just below its desired amount. IRHC tried different types of merchandising, from selling homemade hats and T-shirts to front-of-the-line passes to Flurry.. Cotilletta said IRHC will continue to push forward with its fundraising efforts and outreach for NYDM.

The E-board’s time commitment varies by the week. On an average week, E-board members have an E-board meeting, a GA meeting and advisor meetings at minimum. They also work on individual tasks that pertain to their position outside of these mandatory meetings.

A normal week requires E-board members to spend about five to eight hours on IRHC activities, and on a week where the group members must collaborate on larger projects, they dedicate up to 20 hours to IRHC-related work.

“I hold office hours for three hours a week where I mainly get all the budgeting stuff in, like entering the receipts in,” Vice President of Business Administration and CAS sophomore Shraddha Jajal said. “Then I have a meeting with my advisor where we go over the budget for 30 minutes, and then obviously the [IRHC] meeting, which is a good four to five hours.”

From all the hours spent in meetings with one another, it’s not a surprise that the E-board has come to develop a family among themselves. All the members positively commented on the community they’ve each found within IRHC.

“I think we’ve been closer than most [past] boards together because we try as much as possible to balance our schedules and hang out and make time to see each other and be there for each other,” Cotilletta said. “We always have the typical E-board GroupMe, and I think it’s really great that we can always ask for advice from one another and then receive feedback and criticism and take it. Everyone’s really supportive in our group, for sure. No one’s gonna be putting someone down, and we all just want to share our ideas and implement them if possible.”

However, the IRHC E-board community can become a sort of bubble since all the members cherish the club and residential life more than many of their peers. When asked, many members agreed that the average NYU student knows IRHC’s marquee events but not necessarily the club sponsoring it nor the influence the group has on campus, especially in the realm of residential life.

With all the responsibilities, the task can seem daunting for some students, who might shy away from joining the likes of current IRHC E-board members, who have unwavering work ethics. But Co-Vice President of Advocacy and Tisch sophomore Tayler Everts begs to differ.

“People think there’s a big barrier to entry into IRHC,” Everts said. “Passion is the only barrier to entry. The only reason the E-board is here is because we were passionate enough to run the campaigns.” 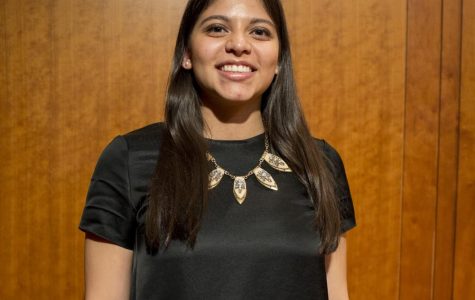 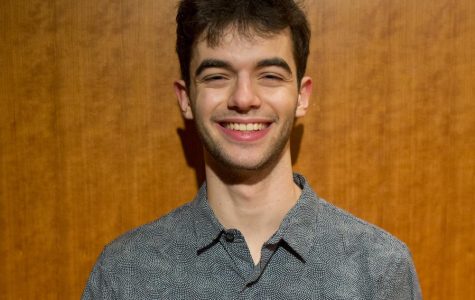 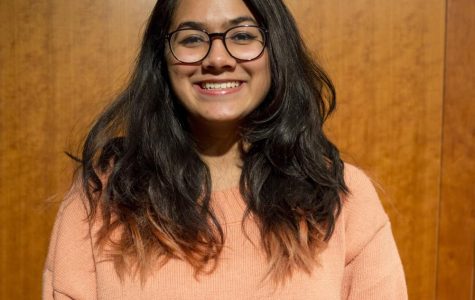 Shraddha Jajal balances her life on a tightrope — with precision and grace, she never misses a step. Between balancing her dance team, two jobs and position as the Vice President of Business Administration for the Inter Residence Hall Council, it’s a wonder the CAS sophomore has time for her joint major and double minor. But she takes all her responsibilities in stride. Her position as ... 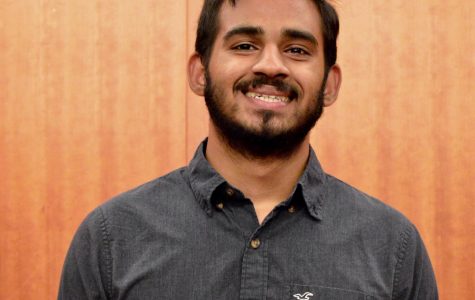 When you first meet Tandon sophomore Karan Ganta, he might seem like your average NYU student: a guy who balances school, a job and student government. But as IRHC’s co-Vice President of Events, Ganta’s impact on the NYU community is nothing short of monumental. As the VP of Events, Ganta is in charge of coordinating major university-wide events. “There’s a couple things I have to do,... 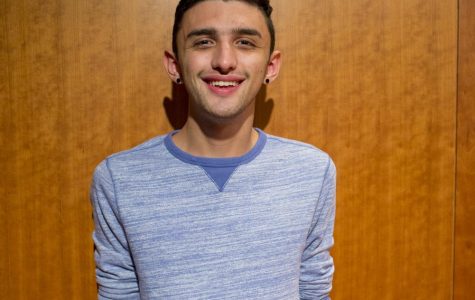 Kyle Haynes makes sure working on Inter-Residence Hall Council isn’t a drag. The co-Vice President of Events and Steinhardt sophomore wants to help curate memories that will remain in the lives of NYU students by planning unforgettable events and creating a welcoming community. Prior to his E-board position in IRHC, Haynes served as president of Founders Residence Hall’s council — a role ... 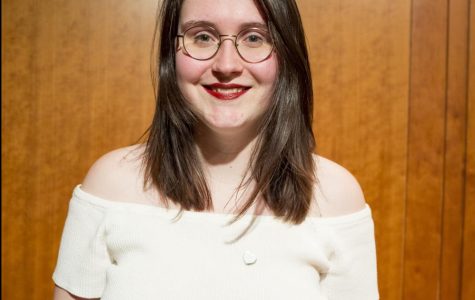 Tayler Everts might seem like the type to hide behind her small, gold wire-frame glasses and vintage floral maxi skirts, but the Tisch sophomore is more of a show-don’t-tell type — especially when she talks about her goals and achievements in NYU residential life. Currently, Everts serves as the co-Vice President of Advocacy for Inter-Residence Hall Council along with Tandon sophomore Shawn Ksh... 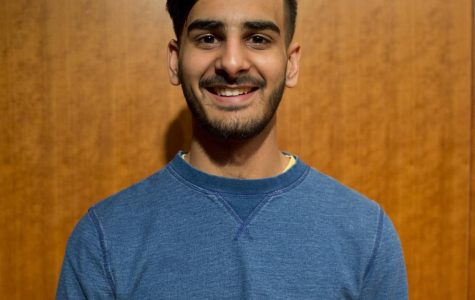 Between his sentences, Shawn Kshatriya slyly cracks jokes about the stress of school or some of his awkward interactions with New York City strangers. But the Tandon sophomore doesn’t crack under the pressure of serving as IRHC’s co-Vice President of Advocacy. As IRHC co-Vice President of Advocacy, Kshatriya advocates for students’ rights within the university. “If they have a proble... 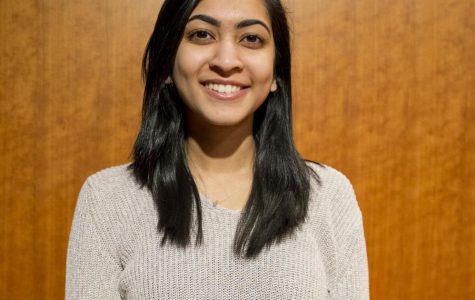 Inter-Residence Hall Council’s Vice President of Service Shriya Khonde wants to build bridges. Whether it’s between students on NYU’s Washington Square and Brooklyn campuses or between the entire NYU student body and New York City as a whole, Khonde wants to use service as a way to foster relationships between communities. Curating these relationships is especially important to Khonde because she is a... 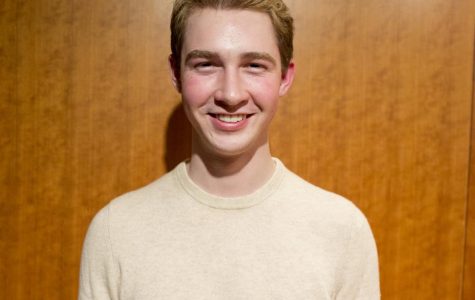 Upon first meeting Duncan Lemieux, you might think he’s off to dinner with his parents or coming home from a productive day at work based on his prim and ironed-out appearance. But that’s just how the SPS first-year, studying Real Estate, chooses to present himself on the daily, blending in among his older peers. Earlier this year, IRHC had a vacant position of Vice President of Communicati...