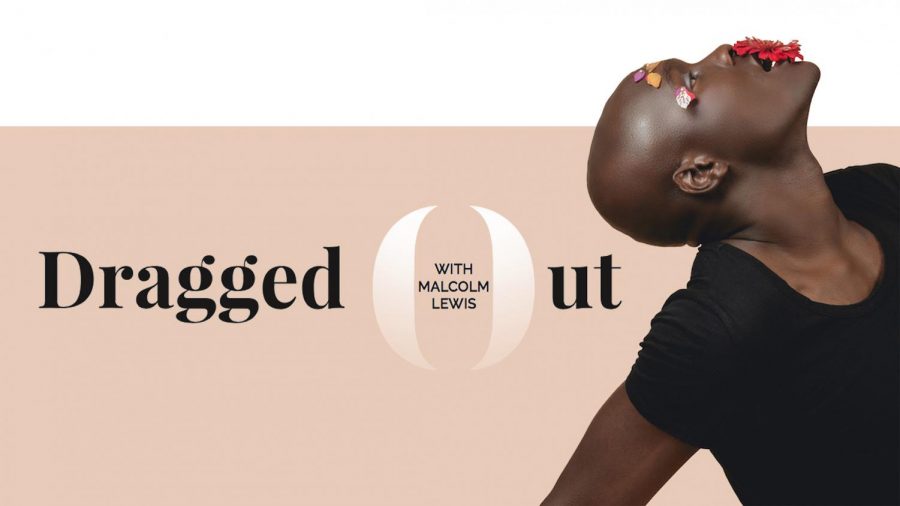 Dragged Out With Malcolm Lewis

What makes a queen? A figure of grace, grandeur and gregariousness. All attributes which fifth-year Tandon School of Engineering student Malcolm Lewis masters. Standing at over six feet tall and garnering attention from all eyes wherever he goes, Lewis is the quote-unquote face of Tandon, but how did he rise to this level of fame? It’s all rooted in the charisma, uniqueness, nerve and talent that is drag.

From the seemingly small island country of Staten Island, Lewis was a member of his local LGBTQ center where he had a “gay family,” which is a fictive queer kinship composed of all the key characters of any family tree — a mother, an aunt, an uncle and cousins galore. His gay family, specifically his gay aunt, introduced him to drag by taking him to a local ball (events where members of the LGBTQ community meet and perform in drag).

“I’ve gotten up in a wig and dress before and done a tune or two, but the first time I did [drag] was my senior year in high school,” Lewis said. “The LGBTQ center down the block was having a queer prom. My gay aunt knew how to beat a face so she was like, ‘Why don’t you do drag?’ And I was thinking to myself, ‘I can’t do that on my own.’ But then I figured out I had a whole team.”

The beat — the ritual of applying makeup — is a rigorous process — one that isn’t achieved alone, but rather through a band of Lewis’ close friends. Lewis’s gay sister, makeup artist and beat queen David Flores always does drag makeup for Lewis.

“He paints me because of my skin tone since I’m a really dark shade,” Lewis said. “We hang out a lot and play with makeup a lot. I’ve had a real girl paint my face, and no tea no shade but it’s just different makeup from drag makeup. It’s heavier and the Covergirl doesn’t cover boy.”

Without Flores, the show can’t go on. As Lewis scrolled through looks that Flores has done for him and on Flores, himself, he gushed about how essential makeup is to his whole performance.

“Some people are good with just dressing up and prancing around on stage, but for me I want to go all out,” Lewis said. “Makeup takes the performance to a whole other level. Some queens are good with no makeup but [Flores and I] go all out.”

To complement his glow and dramatic brows, Lewis must have an outfit to tie the entire look together and give his audiences the full experience of him in drag. Generally dressed in gender queer clothing, Lewis uses some of his own pieces but often looks to his girl friends for assistance, too.

“My girl friends always hook me up with their skirts and tops for my performances,” Lewis said. “I have this one thicc — T-H-I-C-C — girl friend, and we’re the same size so I’m always snatching stuff from her closet. Otherwise we’re heading to a thrift store.”

With a complete look, Lewis has to take it to the stage. He credits NYU with giving him a platform to perform drag.

“My second time performing [drag] was at NYU’s Drag Bingo,” Lewis said. “I just got to meet and interact with other drag queens. Ever since then, I’ve been performing at yearly drag events that NYU hosts [during Welcome Week] and I perform for NYU’s LGBTQ fraternity, Delta Lambda Phi, at [its] annual gala.”

While Lewis continues to vogue and give us face, he knew he had to give audiences a name to put to such a face. But Lewis said he struggled to come up with a name that was memorable, funny and true to himself.

“I worked for this woman over the summer who loved acai bowls,” Lewis said. “I can never pronounce [acai] but great drag name — AcaiShe. But I’m not a healthy b*tch so I kept looking.”

Lewis went through a lot of trial and error before settling on his current title.

“Lukas LaRiviere [from NYU’s LGBTQ Student Center] was telling me I should go by Malcolm the Drag Queen as a play on, if you know, Bob the Drag Queen,” Lewis said. “I was like, ‘Oooo, that’s funny!’ but I needed my own twist. So now, my drag name that I’ll be going by until I find something funnier is Malcolm the Not So Well Known Drag Queen.”

Before his current drag name, he went by just Malcolm since most people Lewis knows are aware he performs drag. He didn’t want to detach his day-to-day personality from his drag persona. Rather than a name differentiator, Lewis uses his outfits and paints his face to define his two practically synonymous personalities.

“The glitz transforms Malcolm into Malcolm the Not So Well Known Drag Queen,” Lewis said. “When people see me, I just want them to go ‘What the shook.’”