October 13, 2016 brought a shock to the literary world. For the first time in 115 years, the Nobel Prize in Literature was awarded to a man best known not for his published works but for his musical records: legendary American songwriter Bob Dylan. From tweets to thinkpieces, reactions immediately plastered the internet. All, however, were forced to answer one question — is songwriting literature?

Sara Danius, the permanent secretary of the Swedish Academy — the institution that awards Nobel Prizes — commented on the controversy in a post-announcement interview.

“I came to realize that we still read Homer and Sappho from ancient Greece, and they were writing 2,500 years ago,” Danius said. “They were meant to be performed, often together with instruments, but they have survived, and survived incredibly well.”

Countless writers between ancient Greece and Bob Dylan have blurred the line between music and poetry, including previous Nobel winners like Rabindranath Tagore. Why is it that poetry and lyrics seem like sharply distinct categories of writing today?

It may have to do with the divergent path that Western poetry followed after Modernism took hold in the early 20th century. Writers like Ezra Pound and T.S. Eliot made free verse a permanent form of poetry, when most poetry was previously metrical. Metrical poetry shared more with musical performance than non-metrical poetry — meter and rhyme are necessary for song and music, but Modernists proved they were unnecessary on the printed page. The decline of meter and form resulted in a creative revolution that shaped 20th-century poetry and served as the final step in poetry’s transformation from an oral tradition like that of Sappho and Homer to a printed format.

This was the fate of Western poetry, which is what the Nobel committee most frequently rewards. But many other forms of poetry continued orally, frequently due to limited resources that prevented writers from publishing. The American folk music tradition is just one example, with its roots in slavery. The earliest recordings of blues musicians depict great American poets who distributed their work through music. These artists often used their work to rise from their circumstances. Josh White, a staunchly anti-segregationist blues guitarist, became the first black performer in the White House in 1941. Lead Belly went from incarceration in the South to international fame. These men and women were poets like Eliot and Pound, but due to racist and classist constraints, they were regarded as performers first and artists second.

In Dylan’s work, the great folk music of America meets European writers like Francois Villon, Bertolt Brecht and Dante. This fusion, along with his race and location in New York gave him an advantage over earlier folk songwriters. Much of the criticism of Dylan’s Nobel win came from these identity politics. Dylan’s win meant that every Nobel in 2016 was given to men, and his praises are mostly sung by white male intellectuals with little regard for the black traditions Dylan draws on. These criticisms do not center on Dylan’s own work or whether he should be called a poet, but rather on his privileged place in the canon. If he is a poet worthy of literary consideration, then Lead Belly and Josh White should be similarly regarded.

In fact, American musical lyricism these past few decades has been a vastly black area in the form of rap — a musical genre born in the Bronx that blended hip hop culture with new technology that sampled previous records to create musical loops. The genre quickly became noted for complex lyricism from groups like Grandmaster Flash and the Furious Five and Warp 9. Since the 1980s, the genre has been associated with lyricism for good reason: in statistical and rhetorical analyses of vocabulary, rap almost always pulls ahead of other genres. In fact, numerous artists — during both the golden age of hip-hop and more contemporary periods — pulled ahead of some of English’s most verbose writers such as Shakespeare and Melville.

Though such data-driven analysis does not necessarily prove poetic quality, a great deal of evidence also exists to support the poetic interpretation of hip-hop. Jay-Z explicitly calls for a poetic reading of hip-hop music in his memoir, “Decoded,” and Pulitzer Prize-winning novelist Michael Chabon made headlines in 2015 when he contributed to a crowd-sourced explanation on the website Genius of Kendrick Lamar’s lyrics on his album “To Pimp A Butterfly.”

Did Bob Dylan deserve the Nobel? Yes, undoubtedly. As is true every year, many other writers deserve it just as much. Some of those writers are novelists and published poets, such as Ngugi Wa Thiong’o, Adunis and Jon Fosse. Some are Americans like John Ashbery, Lydia Davis and Joyce Carol Oates. A number are lyricists, like Nas, Lauryn Hill and Rakim. Lyricism and poetry are not only related — in many regards they are genetically the same. It does both genres good to recognize that love of one a love for both. 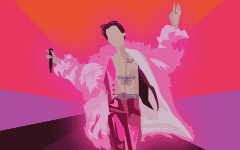 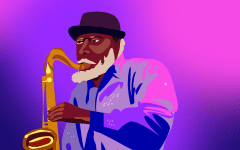 Reflecting on the avant-garde jazz legacy of Pharoah Sanders 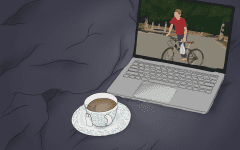 Off the Radar: ‘The Kid With a Bike’ tackles the violent consequences of abandonment 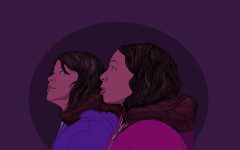 Review: The deafening silence of ‘The Silent Twins’ 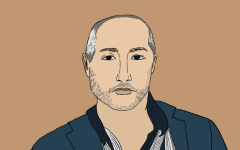 Q&A: Colum McCann says ‘storytelling is the most democratic thing that we have’

Q&A: Colum McCann says ‘storytelling is the most democratic thing that we have’ 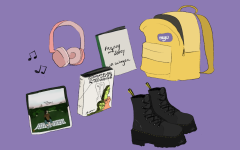 Staff Recs: Back to school 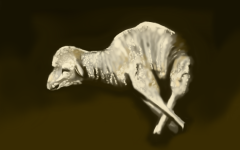 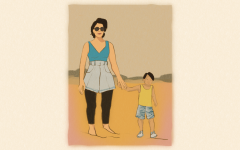 Review: In ‘Time is a Mother,’ Ocean Vuong explores grief through the prisms of time and space 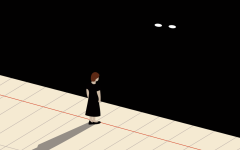 Review: ‘In the Margins’ imagines writing without writers