For Our Own Good: Art, Health and Well-Being

Leslie Jamison’s essay “The Devil’s Bait” explores the world of Morgellons disease — a medically unofficial diagnosis for a condition that can manifest itself in many symptoms including inexplicable pain, the sensation of formication or insects crawling across one’s skin and fatigue. The one symptom all the diagnosed share, however, is the appearance of fibers protruding from one’s skin. The fibers come in many colors — red, white, blue, black, transparent — and always without explanation.

Mary Leitao coined the name Morgellons as she searched for help for her son, who was afflicted with sores on his lips, formication and the appearance of fibers. Leitao was originally told that her son likely had another controversial condition — Munchausen syndrome by proxy. Undeterred, she insisted that was not the case. She eventually built a community of others affected by the condition, adopting the nickname “Morgies.” In 2006, The New York Times profiled the condition in an article titled “Is It Disease or Delusion?” The Center for Disease Control was prompted to investigate but concluded nothing of note. Soon after, an annual conference in Texas formed to support those who believed the disease was valid.

“The Charles E. Holman Foundation started putting together an annual Morgellons conference in Austin for patients, researchers, and health-care providers — basically, anyone who gave a damn,” Jamison wrote in her essay. “The conference offers Morgies refuge from a world that generally refuses to accept their account of why they suffer.”

Jamison’s essay does not make any overt call for attention to Morgellons disease or how it can be treated. It  instead muses over the question of what it takes for pain to be recognized and for illness to be taken seriously.

In writing “The Devil’s Bait,” Jamison follows a long line of writers and artists who have used their crafts to tackle different health concerns. Whether it is mental or physical, art is a form of visual or sonic expression and communication — and it has the knack for expressing and communicating what has been neglected outside of creative outlets. Art is most effective when its audience feels a connection — for the artist or for the artist’s subject. Healthcare, too, requires empathy for patients — the very desire to treat illness and pain is that empathy, and many people believe that more empathetic healthcare providers provide better care for their patients.

In 1991, Tony Kushner published his play “Angels In America,” a heart-wrenching account of two gay lovers, one of whom has just been diagnosed with AIDS. While the victim’s partner tries coping with the news, the world falls apart, dancing between a world of angels and one of relative demons. The play came 10 years after what is now considered the beginning of the AIDS crisis in the United States. These days, ads urging citizens to #PlaySure, part of the campaign to help distribute and encourage use of the newly developed PrEP pill that helps prevent the HIV virus that leads to AIDS, plaster the subways of New York. Smiling faces of all races, ages and genders reassure New Yorkers that all is well as long as they play safe. As of 2012, an estimated 1.3 million people are living with HIV infection.

Ariel Levy, a columnist and journalist at the New Yorker, is currently promoting her recent memoir, “The Rules Do Not Apply.” The book is an account of her miscarriage and the events surrounding it. Levy wrote it because she felt she owed it to all the women of the world, who inevitably have some sort of drama around their reproductive capacity. During a reading at The Strand last week, she commented on her intentions while writing the book.

Even when it comes to something as simple as expressing heartache in countless songs about breakups or recounting the experiences of the traumatized in spoken-word poetry, health and art are inextricably entwined.

And this, I believe, is how it should be. When arguments serve only to alienate opponents, when open letters only serve to make legislators defensive, when people feel too depressed to even attempt to explain their emotions to their friends — art can communicate. Everyone can tell that “Hello” is a sad song, even if they weren’t the ones who got dumped by Adele’s ex. Pablo Picasso’s “Guernica” is tragic, even if viewers don’t know the history of the Spanish Civil War. “Hamilton” brings audiences as disparate as Vice President Mike Pence to revel in the brotherhood of American history. 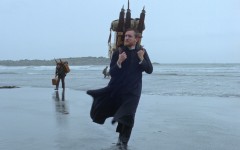 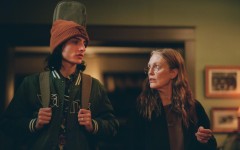 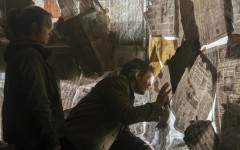 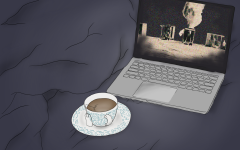 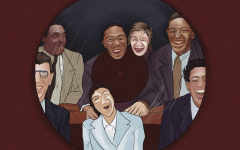 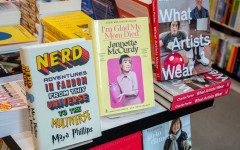 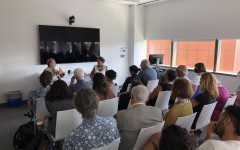 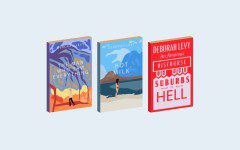 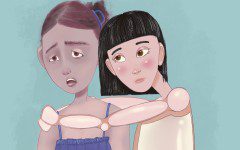 Review: ‘Klara and the Sun’ examines humanity through the eyes of a machine 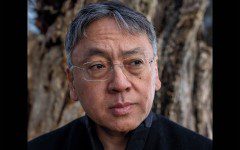 Q&A: Kazuo Ishiguro on Joni Mitchell, ‘War and Peace’ and the future of storytelling