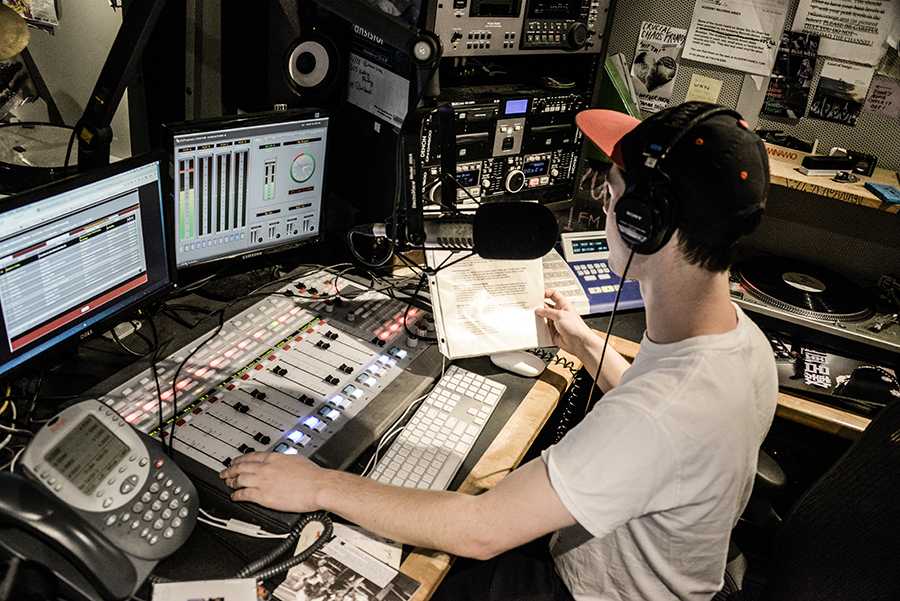 Radio Tunes Into the Web

WNYU, the university’s student-run radio station, is pushing toward online content to adapt to the digital age. Though the station has a successful and reputable FM grid, with past guests including The Cure, Björk and Kurt Cobain, WNYU’s general manager and CAS senior Sam Barder said radio isn’t as appealing as it used to be.

“Ten years ago people would have tuned into WNYU if I told them about our station more so than they do now,” Barder said. “Now it is more of a struggle to get more student listeners, but it is not an insurmountable challenge.”

While the switch to online content deemphasizes many traits of old-school radio journalism, it also opens the door to a more convenient source of information and entertainment.

College radio stations across the country have felt pressure to move online, move to HD radio or have even been bought out by other larger radio stations in efforts to stay current. Columbia University’s radio station, WKCR, has created an HD station and regularly asks listeners for pledges and donations.

WNYU, on the other hand, has avoided these modernizing tactics because they get a large portion of their budget from NYU’s Center for Student Activities, Leadership and Service. The station is also in a unique position in that its radio band is a residual of the UN radio, so it doesn’t have to pay for the public wavelength.

With funding from the university and its public radio status, WNYU has been able to keep its FM band and maintain a balanced budget. This semester, however, WNYU must begin paying for their antenna’s space, which had previously been leased from Bronx Community College without a fee, according to Barder.

Instead of resorting to pledge drives or HD radio to pay for this new cost, WNYU plans on hosting benefit concerts and merchandise sales.

Despite its commitment to the FM band, WNYU has also adjusted to the domination of the Internet. WNYU has managed to have online content for almost every hour of the day, and Barder said one of his goals this year is to fill the full 24-hour online broadcast.

CAS graduate student Lydia Chain, who studies radio journalism and was a news director at WNYU last year, said the Internet has made radio more accessible.

“With podcasts there is a greater sense of intimacy and immediacy that you don’t necessarily get from the radio,” Chain said. “It’s nice to have it prepackaged — it’s much more convenient. Listeners don’t have to tune in at 7 p.m. on Friday, I can listen instead when I’m doing the dishes.”

Despite their accessibility at any time of the day WNYU program director and CAS senior Tyler Maxin said online podcasts pale in comparison to the authenticity a radio segment offers.

“Radio has a rich history of offering public forums, which gives it a sweet egalitarian feeling that online media doesn’t necessarily offer,” Maxin said. “The Internet is extremely busy — you constantly have to hoister it up with ads. We’re in a moment of the Internet which purports itself to be an extremely accessible medium, but sometimes it comes across as cluttered.”

“The push toward online content makes the old versions — like in the newspaper or on the radio — less special,” Gilman said. “Anyone can put something online and it has made online production less significant. It’s an oversaturated market.”

“Running a radio show, there is a lot more pressure to keep things interesting minute to minute because it’s easy for someone to just hit the scan button to a different station,” Chain said. “While podcasts make it harder to get people to tune into the station originally, once a listener has downloaded the podcast and has committed to listening to the show on the subway for a little bit, you have more freedom to experiment with more personal and in depth stories.”

A version of this article appeared in the Tuesday, Sept. 8 print edition. Email Alanna Bayarin at [email protected]