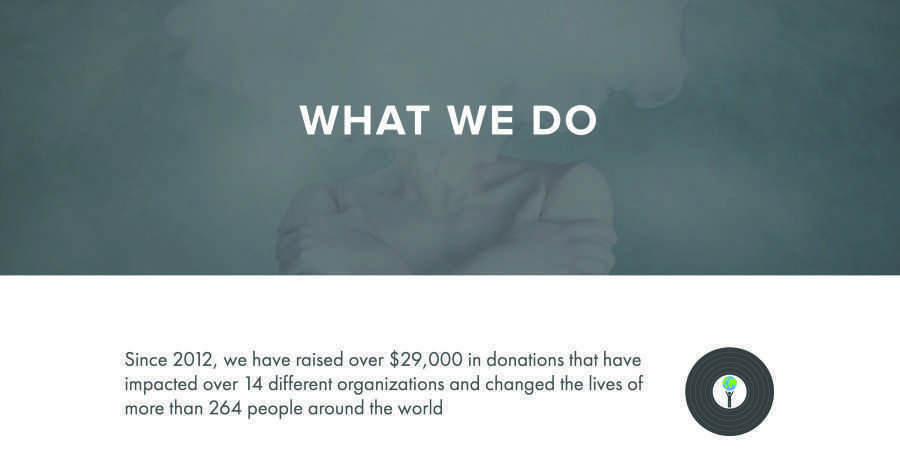 OneReasonRecordings is the world’s first social label, defining themselves as “a music label dedicated to social justice and awareness.” Johnathan Chen, a senior majoring in food studies at the Steinhardt School of Culture, Education and Human Development, founded the organization during his freshman year at NYU.

Since 2012, OneReasonRecordings has increased awareness about social and humanitarian issues worldwide, raising over $29,000 for various charities through its powerful combination of music and philanthropy.

“What we do is partner with musicians around the country that focus on topics that we choose every year,” Chen said.

The charity does year-long programs that focus on a specific social justice issue, with this year’s focus being hunger. All programs the organization creates focus on that topic, and at the end of the year, all proceeds go toward their partner charities. One of the nonprofit’s main fundraising tools is an annual compilation album.

“In terms of the artists, it really varies,” Chen said. “We’ve had some from the United States, some from overseas, some that I do know, local artists and even NYU students that make music with us.”

“I think it’s hard for most artists to make a living in a major record label because an artist signs on and gets an advance, where you essentially do what they say, and stuff in a way that the label is happy with,” he said. “With an advance, an artist is extremely limited and we find it’s just like a really bad loan.”

“It’s not money that’s in the pocket,” Chen continued. “Rather, it’s money that will eventually go back to the record label, and it’s all used for music production, the videos and the promotion. It’s like a band telling their audience ‘We made all this music, we got all these awards, but we’re still in debt to our record label.’”

The idea of OneReasonRecordings revolves around Chen’s charitable experiences, coming from a family that was involved in philanthropy. Chen claims this is what led him to start his foundation.

“In New York, the environment was extremely different,” Chen said. “You pass homeless people on the street, something I’d never seen before. For me, that was really a shock that pushed me to make some kind of impact. That commute from Third North to campus, seeing all these people pass by, it came to the point where everyone was used to it. I couldn’t believe no one was doing anything about it.”

After living in New York and witnessing the different attitudes toward homeless people, Chen has learned from these experiences.

“You can make that something positive and make an impact out of it and get it going,” Chen said.

A version of this article appeared in the Thursday, April 9 print edition. Email Kieran Graulich at [email protected]nyunews.com