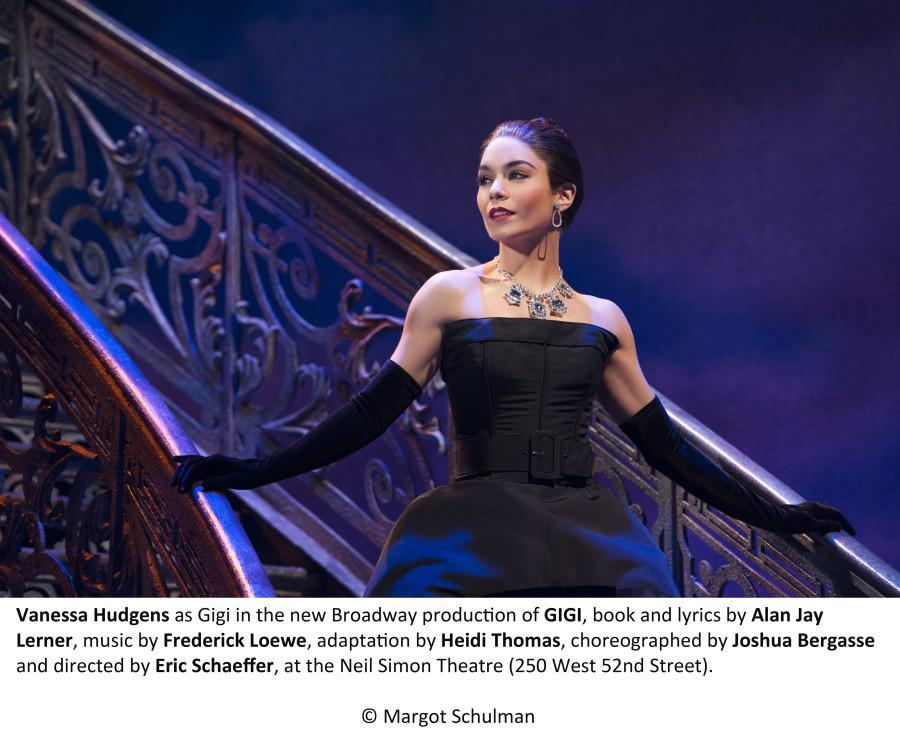 “Gigi” spans for two-and-a-half hours in two acts, with the cast including Corey Cott as the confident bachelor Gaston, Victoria Clark as Gigi’s cautious grandmother and Dee Hoty as the aggressive Aunt Alicia, demonstrating a strong, predominantly female, cast. “Gigi” features choreography by Joshua Bergasse, scenic design by Derek McLane and costume design by Catherine Zuber. The elaborate costume design spans from bold, exquisite gowns to white ties and suits. The costumes are attention-grabbing, lavish and formal, what is only swapped during one scene at the beach. Standout choreography numbers include “The Night They Invented Champagne,” which features Aunt Alicia, Gigi and Gaston enthusiastically performing after drinking champagne, which is a new experience for Gigi. Another notable number is “The Contract,” a humorous song during which Gigi’s guardians comically negotiate with lawyers on Gigi’s behalf.

With celebrity Broadway castings, debates typically occur over whether or not the celebrity can handle the stakes. In Gigi’s witty commentary and energetic personality, Hudgens unequivocally shines. Hudgens demonstrates her immense career growth, captivating audiences with a strong vocal power that is fit for Broadway, predominantly exemplified by “I Never Want To Go Home Again.”

Gigi and Gaston have an intriguing dynamic, constantly playing off their mercurial relationship through witty commentary. Gaston, as one of the most eligible bachelors, is used to having his pick of women. However, with Gigi, he is challenged upon realizing his true feelings for her, as she keeps Gaston on his toes by refusing to be just another one of his mistresses. During first scene of the second act Gigi conveys feminist ideals, pointing out to Gaston why his life is easier.

“Do you think life is easy for me, just because I’m wealthy?” Gaston said.

“I think it’s easy because you are a man,” Gigi said. “You can choose what you do. You have opportunities. I’ll find something I can do, but you can pursue your passions.”

“Gigi” depicts the story of a young girl in Paris finding her way and maturing, evinced by her etiquette lessons to learn how to become a woman, which she frequently mocks. More so, “Gigi” evokes themes of feminism and remaining true to oneself.

“Gaston, I could never be happy if I couldn’t be myself,” Gigi said.

Ultimately, Gigi refused to just be a prize for Gaston to win, well aware of the limitations women of her time faced, and determined to conquer them. While most women flocked to eligible bachelors because of their status, Gigi opposed that conventional wisdom. Instead, Gigi is a strong female character who is reluctant to give into mistreatment and prevailing opinions that she disagrees with, as she will only stand for obtaining what she desires.

A version of this article appeared in the Thursday, April 9 print edition. Email Alexa Spieler at [email protected]nyunews.com