J. Cole speaks up for Ferguson 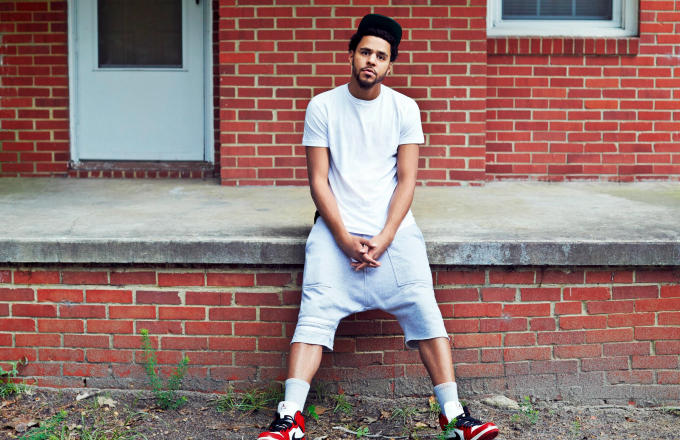 Various hip-hop artists responded to the death of Michael Brown in Ferguson, Missouri, but after releasing “Be Free” J. Cole found himself the leader of hip-hop activism.

Cole constructed “Be Free” to express his grief and to combat racial injustices. In its original version, Cole said, “All we wanna do is take the chains off/All we wanna do is break the chains off/All we wanna do is be free.” Cole also visited Ferguson, where he reportedly spent hours with protesters listening to their thoughts. While there, Cole refused to speak with press, showing that none of this was for exposure, but rather for forming a genuine connection with the people of Ferguson, and letting them know that someone with the power to draw attention to their protests was there and paying attention.

Following the release of “Be Free,” Cole performed the song on the “Late Show With David Letterman” and debuted a new verse instead of performing a song from his new album “2014 Forest Hills Drive.” Cole could have easily used the platform to boost album sales, but instead he made the conscious decision to perform “Be Free,” utilizing the platform he was granted for altruistic reasons and pushing aside monetary gains for a greater purpose.

In the new verse, Cole focused on issues pertaining to President Barack Obama allegedly not bringing any changes concerning race relations. He sings, “No disrespect, in terms of change I haven’t seen any/Maybe he had good intentions but was stifled by the system/And was sad to learn that he actually couldn’t bring any.”

He also addressed the lack of African Americans in influential positions who were college-educated. He sings, “Since all the ballers leaving college early/I turn on the TV and don’t see no brothers with degrees lately.” Cole, an alumnus of St. John’s University, observed how various basketball players leave college early in order to pursue their athletic aspirations instead of continuing their education. He argues if athletes emphasized the importance of education more, then more people could be persuaded into earning degrees.

Cole’s involvement in Ferguson, whether it was releasing “Be Free” or visiting the area, presented himself differently from other hip-hop artists who only used social media to respond. Cole instead placed himself at the forefront of activism, demanding that his and others’ thoughts be heard concerning their immense grief. At a pivotal time, J. Cole utilized his voice and power to represent those who may feel as though they have no voice, continuing to support hip-hop’s potential to be a political force.

A version of this article appeared in the Thursday, April 9 print edition. Email Alexa Spieler at [email protected]