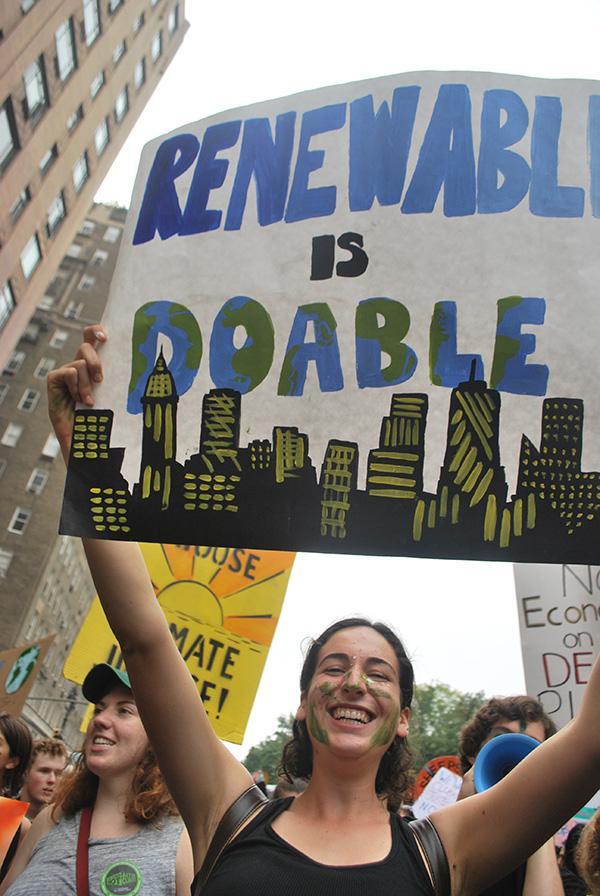 Over 200 NYU students gathered under the arch in Washington Square Park on Sunday, Sept. 21, to join in the largest environmental march to date, the People’s Climate March.

CAS senior and NYU Divest member Priya Mulgaonkar said the purpose of the rally was to encourage NYU students to be involved in the march and in environmental activism in general.

“It’s a half hour of power,” Mulgaonkar said. “My hope is that once all this energy from the march is over, people are going to crave it. There’s a huge community of people at NYU who care about this, and I think that is where the change is going to happen.”

Gallatin freshman Patrick Bova said attending the gathering made him feel like he was involved in a historic moment.

“I really wanted to participate because I think this is something really monumental and it would be really great to experience that first-hand rather than just sitting on the sidelines twiddling my thumbs,” Boza said.

“This is one of these times where it’s like, ‘this is why I go to NYU,’” Cullingworth said. “This shows that NYU does have a sense of community, that we can all come together to support great things like this. I came here today alone but I feel welcomed.”

A version of this article appeared in the Monday, Sept. 22 print edition. Email Kirsten Rischert-Garcia at [email protected]