To Drive a Car

A poem set in the summer, looking outward at the socioeconomic status of a Middle Eastern city. 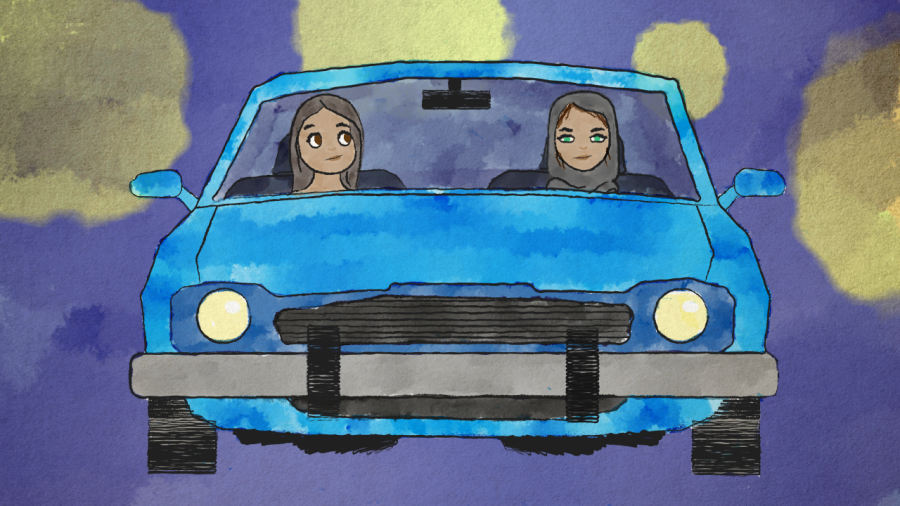 Usually when my cousin and I meet up over the summer, we would go on these drives in the capital city of our home country, blasting the rhythmic music and melodic tones of censored Middle Eastern hiphop, gossiping about the boys we know, complaining about school and the dumb politics of the previous generations, all in an effort to distract ourselves from what was outside of the car. Young children knocking on car doors selling cigarettes and cards, bustling bazaars with people making less than living wage and air pollution so thick that the main cultural sites of the city were only faintly noticeable. But because it was just me and her; none of it mattered; we wanted to be young and have some fun.

But the last drive I had with her was different. It was the night before I returned to the U.S., and the drive started off like all the others: conversation flowing, rap music playing in the background, the closest to normal we could get. But all of a sudden it stopped. The conversation and the music, at the same time. In the small seconds of nothing we both subconsciously agreed to distance ourselves, each of us moving closer towards the side car windows. An old classic song played, the slow one that our parents would always hum to with longing, and it was right then when we could no longer disregard it. As the dingy car motor continued to move, the frustration that we usually felt in waves swallowed us whole, and for the first time we had no choice but to succumb to it.

She was driving. A
lot to ask for, for a
woman to drive. But
there she was.
Beautiful.

Olive headscarf off-centered,
carefully tossed in a careless manner:
A silent statement of distaste with the
status quo.

Sounds of pre-revolution play. The beat of
serene time measure. A time she had
never seen but
desperately, felt.

Saying nothing, even in the silence of
song changes. The sounds of the tired
people outside are always loud enough
to fill the void.

Cars moved, as though the lines
didn’t matter. Very little does

Dear reader, You are acquainted.

After all, our brown bodies
are blasted
in the sands of our motherlands,
Every. Day.