From the fringes to the spotlight: The art of NYC drag 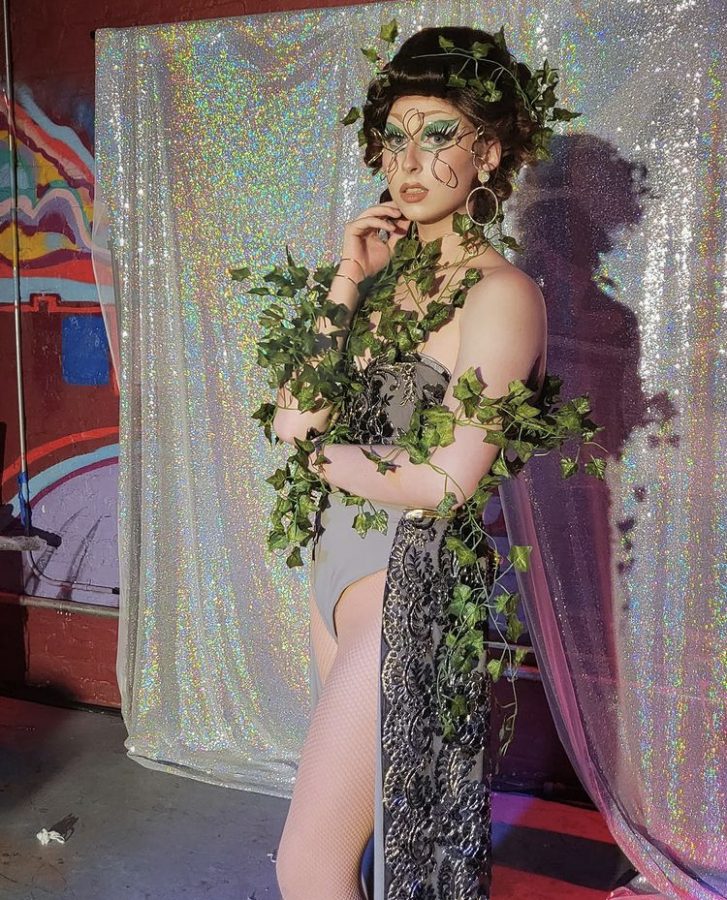 After seeing his first drag show in New York, Gary began performing in drag himself as a creative outlet. (Photo by Sofia Lopez Arredondo)

Drag queens were some of Andy Warhol’s favorite muses. According to him, drag queens used to be “on the fringes” of heteronormative American society, but when the sexual liberation movement gained traction in 1968, more people started to appreciate the eclectic world of drag performance. In 1990, “Paris is Burning” documented the inclusion of transgender people and people of color in 1980s New York City drag ball culture and received critical acclaim. Today, drag is even more mainstream thanks to the worldwide success of drag performers and trailblazing shows such as “RuPaul’s Drag Race.”

For some NYU students, drag has kickstarted their journeys towards self-acceptance.

Gallatin sophomore Gary — who requested that only his first name be used — performs in drag with the alias MS Paint. Gary, who hails from North Carolina, attended a drag show after moving to New York City and was instantly drawn to the artistry of the performances and the feeling of togetherness.

Performing in drag has helped Gary accentuate aspects of his identity and personality that he isn’t comfortable expressing in his everyday life.

“[A lot of friends who come to my shows] see a much different side of me when I’m in drag than when I’m out of drag, just the way that I interact with people and carry myself,” he said. “I feel like, in a way, it’s a little more genuine, just because I don’t have to mask anything.”

Despite the fact that drag has provided a creative outlet for introspection in Gary’s life, it has also bridged a gap between Gary and his friends.

“I feel like they understand me a little better, understand a little more where I’m coming from as an artist, but also as a queer person in that sort of environment, assuming this character of myself,” he said.

The art of drag also allows performers to examine various aspects of their personalities and lives. Gallatin junior Andrew Au described their drag alter ego, Angel Au, as a different side of themselves.

“Instead of a persona, she definitely … is me, it’s like an extension of me,” Au said.

Au grew up in New Jersey and hoped to accomplish their goal of being an entertainer in New York City. They were initially drawn to Broadway, but because they are Chinese American, they felt discouraged by the lack of opportunities for, and representation of, Asian actors there. Although they were disheartened by the exclusivity of Broadway, they found comfort within the confines of the progressive drag community.

Although it hasn’t been perfect, the drag world has been consistently ahead of its time regarding the inclusion and leadership of people of color. Two drag queens of  color, Marsha P. Johnson and Sylvia Rivera, started the 1969 Stonewall Riots in the city and founded STAR: Street Transvestite Action Revolutionaries in 1970.

For Au, their introspective exploration of femininity as Angel has helped them discover a crucial piece of their identity.

“Drag has really helped me bring out who I always was inside,” Au said. “It’s beautiful that I’m able to craft … how I feel on the inside and outwardly express it for the world. Now I’m able to use my drag in my everyday life and go out and start expressing more femininely.”

For many, moving to New York City from smaller towns or cities forged an introduction to a less judgemental environment where they can feel comfortable.

Tisch junior Kyle Farscht, also from New Jersey, remembers feeling a newfound acceptance when he moved to the city. Farscht loves how he can walk down the street in full drag practicing lip-syncing ahead of a performance, without anyone giving him a second glance.

“My favorite thing about New York is just — people don’t give a shit!” he said.

Using techniques gleaned from his Film and TV education, Farscht was able to develop his drag persona Shimshim She. Drag is a platform he uses to engage in experimental methods of storytelling, a major component of his drag style.

Camp, an essential part of drag, is an exaggerated, comedic style that critiques societal norms, especially relating to gender. It has been adopted across various genres and mediums — including fashion, film and performance — because it is so effective at captivating audiences.

Drag provides the opportunity for artists to grow and explore their intersectional identities, as well as have fun and bring joy to others. Drag performers build on the legacies and traditions of marginalized people and strive to create spaces where they can be unapologetically themselves.