Young LGBTQ+ photographers in NYC are using unconventional photography as a means of decolonial resistance and self-exploration. 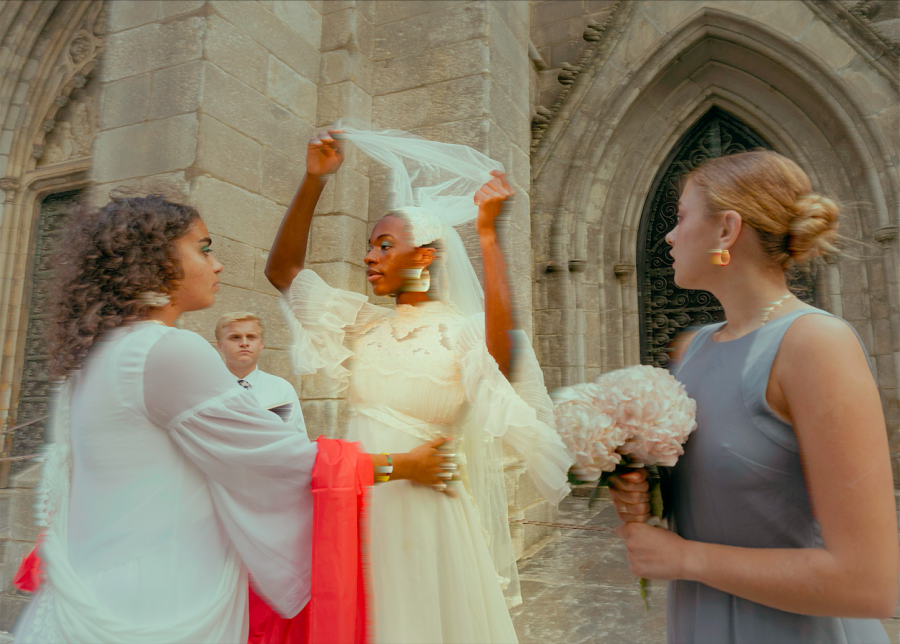 My photography journey began in fifth grade with an iPhone 4 and a very open-minded group of friends. I forced them to model in front of my rudimentary lens at the local park, at the beach and during sleepovers. By the time I received my first DSLR for Christmas at 13, I had developed an affinity for capturing moments that represented my daily experience. I began to film myself interviewing my peers about their lives, capturing them nose-to-nose with their significant others and documenting the limbs, eyes, mouths and expressions of people I found beautiful, who were often LGBTQ+ people of color.

In some ways, my time as a photographer parallels my experience of coming out. Both began with me falling in love, continued through an exploration of the world around me, and allowed me to tell stories in a more sophisticated way. However, the link between photography and self-exploration doesn’t begin or end with me.

In New York City, a brilliant community of young LGBTQ+ photographers are using their views of art, community and social justice to decolonize their lens through abstract visuals. Speaking to a few such photographers cannot come close to telling the entire story of queer photography in New York, but they offered insights into the vital place that unconventional visual media has in LGBTQ+ communities.

Despite their technical expertise, none of the four photographers I spoke with define their craft through one specific piece of equipment, aesthetic or technique. Instead, they view their work as a holistic exploration of and connection to their communities. Pratt Institute first-year and Istanbul native Nur Guzeldere views photography as a relationship instead of an exchange.

“I see photography as a collaboration between the photographer and the model, instead of just taking the photo,” Guzeldere said. “So I love talking to my models [and asking] ‘What do you want to do? Or how do you feel?’ I try to give them more creative freedom, rather than just saying, ‘Let’s do this. Let’s do that.’”

Guzeldere’s photography is lovely; with soft, wrapping light, flowy costuming and glowing colors, the photos are as elegant as her outlook. Guzeldere’s willingness to relinquish control and allow room for creative freedom represents a deconstruction of heteronormative power structures.

From a colonial perspective that frames all human interaction as transactional, portrait photography is fairly straightforward: The subject exchanges their body for the photographer’s images of their body. The power dynamic between the voyeur, or photographer, and the subject has parallels with that of a typical colonial male — the watcher/desirer — and the colonial woman. The colonial man dominates power structures, while the colonial woman must be an object of voyeuristic desire for men.

LGBTQ+ photographers like Guzeldere subvert heteronormative ideas of voyeurism by distributing the power of bearing witness more evenly between themselves and their subjects. This subversion is not an abstraction — it is something that is personal and deeply felt for members of the LGBTQ+ community who resist limiting ideals of gender, power and sexuality. A Tisch Film & TV junior and photographer who asked to remain anonymous reflected on the emotional experience of photographing beautiful subjects through a decolonized lens.

“Not being white or straight, I think there’s a lot … in life that requires a lot of self exploration,” they said. “I think because of that, I’m interested in exploring other people, too … I think as I’ve come into myself, it almost feels cathartic to take photos of … queer people … I’m accepting myself through showing that, because that’s how I show what I think is beautiful.”

Ideas of beauty, community and relationships often emerged in my discussions with the photographers. I noticed how similar factors define my own queer experience — my appreciation of the beauty of being LGBTQ+, the sense of community I find with my queer peers and the fruitful relationships that I and my LGBTQ+ friends and partner have cultivated. It is no surprise that these personal and community-based themes also apply to how LGBTQ+ photographers approach their work.
“We have shared a common understanding of how our queerness has acted as a defining factor in how we move throughout the world.”
Queer relationships are a driving force in photographer and Tisch junior Carlos Hernandez’s “Queer Alienism,” a photo series capturing queer people in otherworldly and abstract extraterrestrial settings. Hernandez reflected on how queerness unites him with his subjects.

“I quickly think about my ongoing project ‘Queer Alienism’ and the things that I have learned as I’ve developed the work,” Hernandez said. “These images embody the various relationships that I’ve experienced with queer people which have so deeply affected my understandings of my pride. They have also helped me in understanding the universal aspects of the queer experience … we have shared a common understanding of how our queerness has acted as a defining factor in how we move throughout the world.”

In a society that positions being white, straight and cisgender as the axis for normality, deviating from that axis can be extremely alienating. Hernandez captures this experience through painting the skin of his “Queer Alienism” subjects with unnatural, alien-like colors such as red, green or purple. Simultaneously, Hernandez photographs in pairs. They place their alienated pairs in intimate, heart-wrenching poses: hugging, kissing or reaching out to one another. Viewers get the sense that Hernandez’s subjects are as close to each other as they are alone, oscillating between isolation and intimacy.
“While my style in both photography and filmmaking is often described to be rather romantic and floral, I am no delicate flower.”
Witnessing Hernandez’s series feels like experiencing two contrasting emotions at once, as if I’m seeing the world for all its beauty while being a victim of its oppression. Experiencing the duality between loneliness and community, and finding beauty in society while critiquing its flaws, is shared across LGBTQ+ photographers. Tisch Film & TV junior Moby Pavlow discusses how duality informs their work.

“While my style in both photography and filmmaking is often described to be rather romantic and floral, I am no delicate flower,” Pavlow said. “I can play both the knight and the dragon: a firebreather with bold opinions and a formidable attitude, and while I enjoy working in today’s media industry, it is also my responsibility to critique and improve it … I believe every photographer and filmmaker should be held responsible for taking action against these shortcomings.”

Pavlow is passionate about capturing nature, fantasy and folklore, where the possibilities for duality are plentiful. Their photos reveal the intimate folds of nature with images so close-up they are almost tangible — the gleam of a goat’s eyes and the sheen of a snail’s shell become real through their lens. Romance is also a central aspect of their photography. Pavlow said that they “want to — through the use of images — create and bring to life queer love stories which depict the humour, intimacy and magic within every relationship.” Despite Pavlow’s whimsical focus, the ultimate aim of their photography is as powerful as nature itself.

The goal of the same anonymous NYU film student and photographer I spoke with centers around bringing visibility to different cultures and types of people.

“I want to just teach people about humanity and about other kinds of people … It all goes back to … the school and the communities that I grew up in and how I was made aware that a lot of people don’t know anything about the lives that aren’t theirs,”  the anonymous junior said. “I think photography is a good way to capture what’s outside of some people’s bubble.”

Even with New York’s wealth of diversity, connections and resources, there exists a bubble that cannot be ignored. Hernandez reflected on misconceptions surrounding queerness in New York City.

“Living in New York, I’ve sometimes felt a dissonance within the ways that people address LGBTQ+ issues as a matter of the past when homophobia and transphobia remain pertinent systemically and socially as a means of upholding white supremacy,” Hernandez said.

LGBTQ+ photographers like Hernandez are using their unconventional artistic styles and social awareness to decolonize their lenses and their communities. Curiosity, pride and a dedication to their communities lie at the heart of their work.

Through their eyes, I regard photography as a continuous oscillation between an artist’s inner life and their reactions to a complex outer world. They are storytellers — incredible ones at that. But through my conversations with them I came to see them primarily as explorers — searching for the humanity and soul of their subjects for the audience to feel and reflect upon. Their photography is not a mere visual representation of their surroundings — it is an extension of the photographer. Using the city as their studio, they are passionate about using their art for both representation and resistance.

With queer and trans voices having been silenced over the centuries, the photographic visual experience of queer people is an amalgamation of all that is unsaid but deeply felt. Fashion, expression, positioning and light tell a deeply necessary story that is a first step in decolonizing our understanding of photography.

Hernandez shared the mission of his photography with me, a mission that runs parallel to that of many LGBTQ+ photographers in New York City.

“Finding the lens as a tool towards liberation has thus allowed me to reimagine my own positioning in the world, as well as that of my peers and loved ones, in order to demand the space which we deserve,” Hernandez said.