Although sophomore Joe Leslie scored his fourth goal of the season, NYU’s defeat places them at 2-2-1. 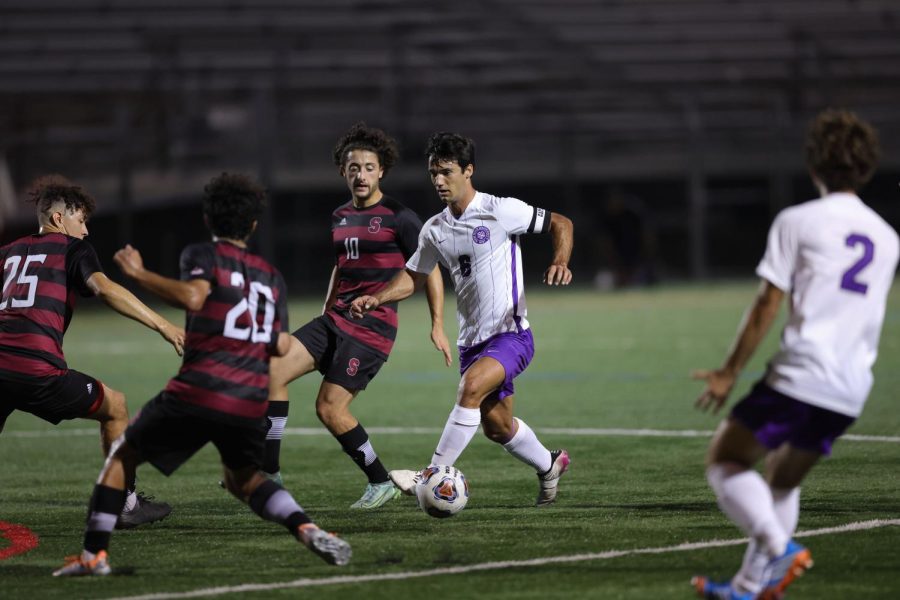 The NYU men’s soccer team fell 2-1 to No. 11 Stevens Institute of Technology on Sept. 13 in a home game at Gaelic Park.

This marks the second straight 2-1 defeat for the Violets, who lost with the same result against SUNY New Paltz this past Saturday, Sept. 10.

The match started as a cagey affair, without much action in the first 20 minutes, despite NYU dominating possession. NYU’s play was heavily focused down the left wing, where sophomore Joss Cohen and junior Arkan Tahsildaroglu dominated the ball.

After the first 20 minutes, it became a Stevens dominated contest as the Ducks created a number of opportunities, placing pressure on the NYU team.

The breakthrough finally came 36 minutes into the game, after a series of wayward clearances by the NYU back line. Stevens senior Emerson Kuzemka got the ball in the edge of the penalty box and crossed it to graduate student attacker Adam Silva, who finished strong at the near post.

Stevens managed to extend their lead to 2-0 at the very start of the second half, but NYU sophomore Joe Leslie managed to pull one back, after a chipped through ball from junior Daniel Comas-Sanchez. This continues Leslie’s excellent form — he has scored 4 goals in the last 3 games.

Despite their effort and control of the game for the last 30 minutes, the Violets were not able to secure an equalizer.

Coach Kim Wyant’s NYU team hopes to bounce back on Saturday, Sept. 17 at 7:30 p.m. when they play an away game against Rutgers University – Newark.