After almost two years off the field, NYU Violets baseball returned with a dominant doubleheader sweep against John Jay College of Criminal Justice. 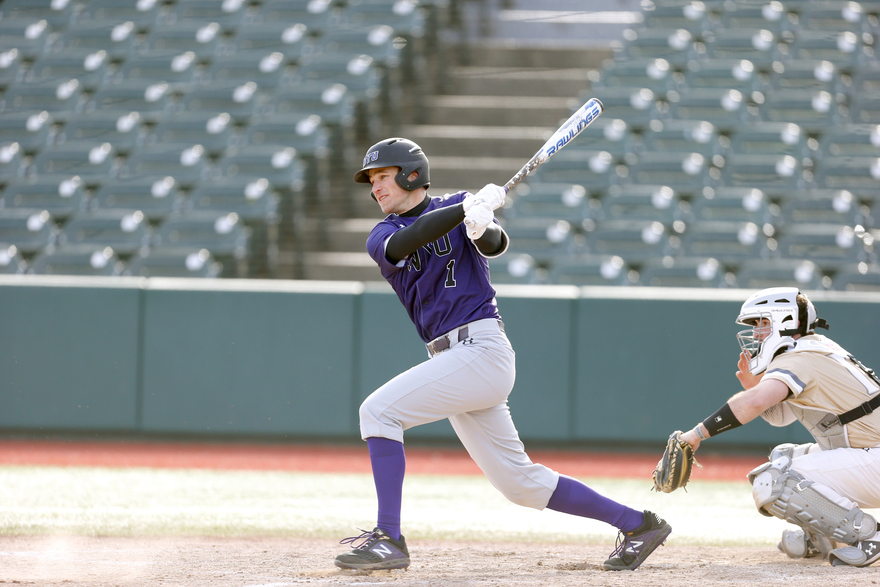 The NYU baseball team opened their 2022 season against John Jay College of Criminal Justice in a doubleheader. (Image courtesy of NYU Athletics)

On Saturday, the NYU baseball team opened its 2022 season against John Jay College of Criminal Justice in a doubleheader. It was their first return to action since March 9, 2020, when they completed an 11-run shutout of John Jay before COVID-19 abruptly ended the season and imposed a nearly two-year hiatus. The Violets picked up where they left off, winning both of Saturday’s games in similarly impressive fashion — totaling 28 runs across the two games for a 20-7, 8-0 scoreline.

Junior pitcher Tyler Judge earned the start for the 11 a.m. game and threw four shutout innings to begin the day. Like their opponents, the Violets initially struggled at the plate until junior outfielder Ryan Carr’s leadoff double in the fifth inning. Team co-captain Nick Argenziano drove Carr home for the first run of the game before scoring a run himself on a Connor Roggero single to center field.

“It was a great feeling to get on the board first and break open the scoring,” Agrenziano said. “More importantly, though, it was a special day being back on the field representing NYU with my teammates.”

While John Jay managed to score one run in the top of the sixth inning, the bottom of the sixth inning brought an offensive spree for the Violets, who added eight more runs to bring the score to 10-1. The team’s hitting spree continued with a 10-run eighth inning, which included six straight runs batted in. John Jay rallied enough to add six runs to their total in the final inning, but never came close to the Violets. The final score was 20-7 Violets.

“Putting on the NYU uniform again was very surreal,” senior Grant Berman said. “I was just happy the whole day to be back out there competing with my teammates.”

The team will look to carry this momentum as they travel to Florida for a five-game road trip. Their next game is against Thomas College this Saturday, March 12.