Is Creativity Dying in Sports?

As teams across sports push for an optimal style of play, people have raised concerns that sports are becoming increasingly homogenized. However, that does not mean there is no longer room for human ingenuity in sports. 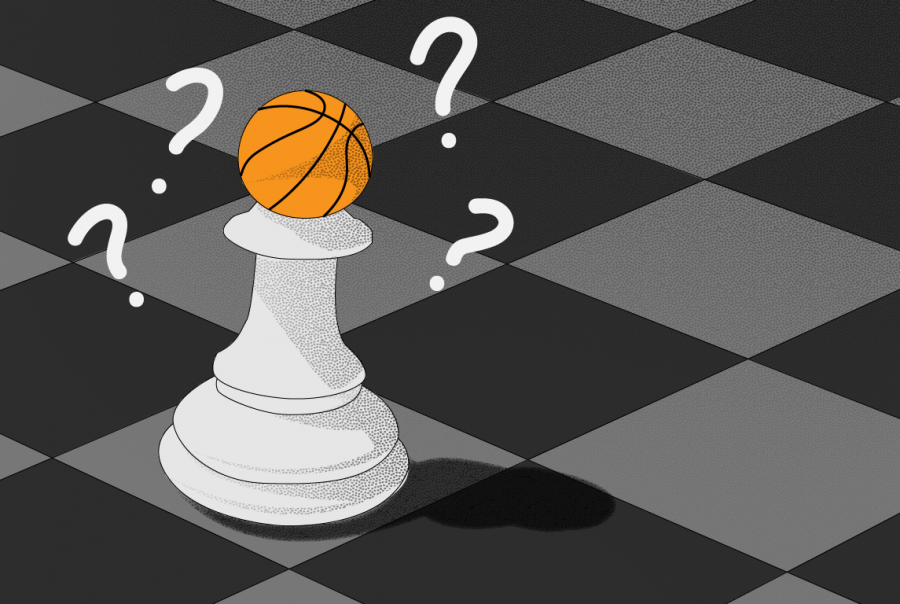 Geographically, the NBA of today is completely different from what it was 20 years ago. Compare the graphics of top shot locations from the 2001-2002 season to the current season — there are very noticeable differences in the types of shots players are now taking. In the 01-02 season, the shots were dispersed throughout the court. Now, players are more judicious in their shot-selection, having excised most — if not all — mid-range shots from their repertoire.

There is no clearer sign of the influence of analytics in the NBA than the decrease in mid-range shots. The mathematical justification behind this trend is simple —  a three is worth more than two. Players shoot on average around 35% to 36% from the 3-point line every season. Since players will make a 3-point shot slightly more than one out of every three tries, a 3-point shot on average yields a little more than a point per shot. So, for a 2-point shot to be as mathematically effective, players would have to shoot a little better than 50% to justify taking the shot over a potential 3-pointer. However, the league average from the mid-range hovers around 40% to 45%.

Every team now knows where the most efficient shots come from and strive to create those shots. There is a certain uniformity to every team’s style of play, at least in the results they try to achieve. While this trend might make the modern day offenses more efficient, some decry this push for maximum efficiency, arguing it sacrifices an element of creativity in the sport in favor of math.

“These days there’s such an emphasis on the 3 because it’s proven to be analytically correct,” Gregg Popovich, the head coach of the San Antonio Spurs, said. “There’s no basketball anymore, there’s no beauty in it.”

Similar concerns pervade across sports. In basketball, purists like Popovich lament how the game has been simplified to who takes and makes more threes. In baseball, analytics has ushered in an era of more home runs and strikeouts, prompting questions on whether the art of hitting is being lost.

Another sport where people have seemingly forsaken creative play for optimal play is chess, but in chess, these strategies are not derived by math; they are instead derived from chess engines. There are currently two types of engines that players consult. Engines like Stockfish use “brute-force,” relying on its computation power to analyze far more possible positions than a human could. On the other hand, engines like Leela (Lc0) learned chess the way a human would. After being given the basic rules of the game, it played itself over and over until it learned what strategies work and what strategies do not. Either way, engines have now far surpassed even the best chess players.

As there are more possibilities in chess than there are atoms in the universe, humans cannot always directly replicate the moves employed by these engines. However, engines have impacted the way people think about positional advantages, and especially about defense.

“Human psychology is that if you’re being attacked, you feel defensive, you feel uneasy,” Stern sophomore and treasurer of the NYU Chess Club Manu Reddy said via phone. “Computers don’t care.”

Without human emotions weighing it down, engines have shown that there are ways to maneuver out of defensive positions to punish overaggression by their opponents.

“I think you’re going to see less games … with a lot of aggressive, sharp play because people will know far enough into the opening and neutralize that,” Reddy said. “They know that the computer will have said that their position is better.”

The influence of engines in the sport has also prompted questions about whether this search for an optimal playstyle has drained the sport of its creativity. In basketball, math has restricted the types of offense a team can run. In chess, engines have shown that aggressive styles of play can be exploited with sound defensive play, incentivizing players to collectively adopt more defensively-oriented strategies. With an increased focus on defensive solidity and ability to plan their moves ahead using engines, players are also drawing more games than before.

But these concerns miss the mark. Analytics and computer processing might have produced these optimized principles of how to play basketball or chess, but human ingenuity is displayed in ways the teams or the chess player work to actualize those principles.

In basketball, the creativity is in how teams leverage the unique talents of their players to get good looks from the 3-point line. The Houston Rockets and the Miami Heat both ranked among the top three teams in 3-point shots taken, but their offensive philosophy could not diverge more. In their star guard James Harden, the Rockets have one of the most potent isolation scorers in NBA history. Thus, their offense is built to generate 3-pointers off of his individual brilliance. Without an individual scoring star like Harden, the Heat needed to construct a different type of offense. In Houston, everyone fits around Harden. In Miami, players work more synergistically. They run more actions that involve two or more players that work together to elevate each other’s skill sets. Both the Rockets and the Heat shoot a ton of threes, but those shots are not created in the same way.

Meanwhile, in chess, creativity comes not only in identifying the principles that engines employ but also in incorporating them into one’s own game. Engines do not provide a rationale for their moves. It is up to each player to analyze why the engines prefer a certain move, and, as engines like Lc0 that learned chess through self-learning do not rely on conventional theories of chess, properly analyzing engine-generated moves require a willingness and ability to look at chess in a different way. Moreover, there is nothing inherently more creative about an aggressive strategy than a sound defensive one.

“I think humans will be trained to become better defenders, which means that you will still get creative play, just not as much sharp, aggressive styles of play,” Reddy said.

Sports are games of one-upmanship, and teams and players will always try to find a new edge against their opponents. In basketball, both teams know that their opponent is prioritizing 3-point shots over mid-rangers. So, their offense needs to beat a defensive scheme specifically designed to force teams to take mid-range shots. In chess, a shift to a more solid playstyle means players will have to be even more unrelenting about taking any positional or material advantage they have. Many sports might be experiencing an unprecedented change in how people think about the game, but that does mean there is no longer beauty in them.

A version of this article appeared in the Monday, Sept. 14, e-print edition. Email Kevin Ryu at [email protected]