SPS junior and founder of Passion FC, Arik Rosenstein, along with his team, strives to use soccer as a platform to address social issues. 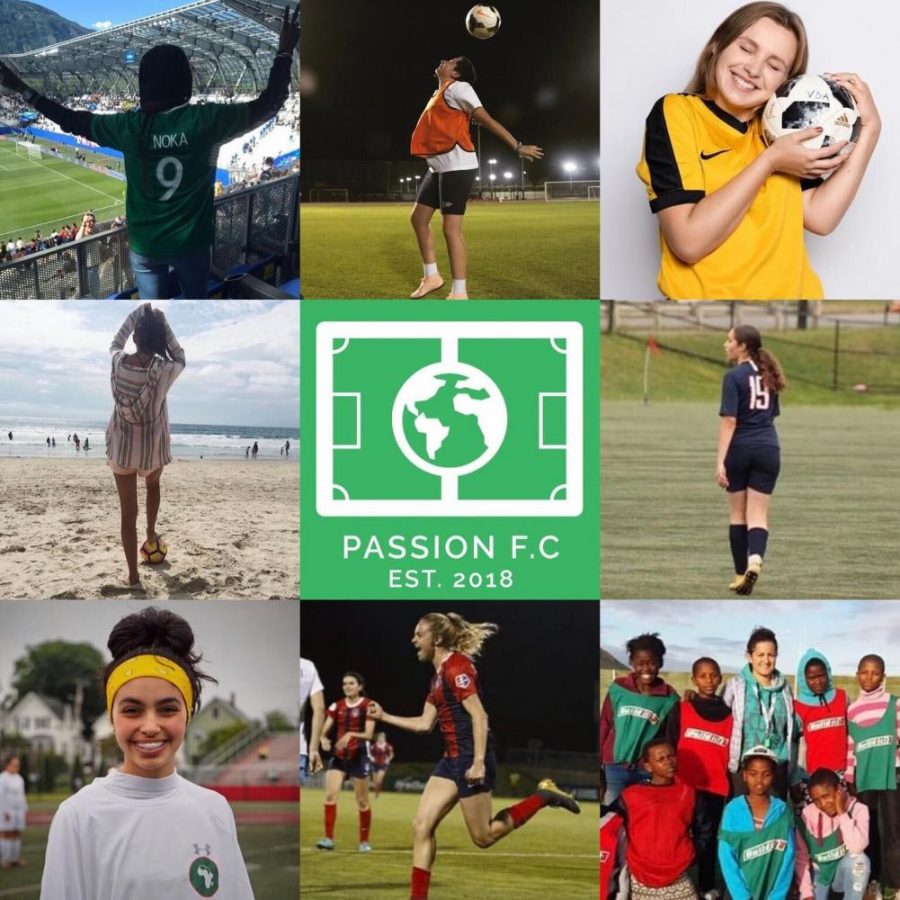 At the age of 17, SPS junior Arik Rosenstein took a gap year to live in Jerusalem to participate in a leadership development program that promotes social change and to advance his career in the sports industry. Rosenstein was able to intern for Maccabi Tel Aviv Football Club’s Community Trust and when delivering gifts to the supporters of their team in Haifa, Rosenstein had a life-changing interaction with a fan.

“One night, we had a match in Haifa, in northern Israel,” Rosenstein said. “We drove two hours to deliver Maccabi Tel Aviv FC gifts to a paralyzed 12-year-old girl. She had received a vaccine when she was 10, and that same night, as they were watching a Maccabi game, she had a freak reaction and had been bed-ridden and paralyzed ever since.”

Rosenstein walked in and placed a Maccabi Tel Aviv FC blanket on the 12-year-old girl’s bed. Her father turned to him and said something that Rosenstein will pass down to his future generations.

“[He] said ‘Maccabi Tel Aviv is not only keeping our faith in her recovery, but more importantly my daughter’s faith,’” Rosenstein said. “You see, that is when I learned what it means to listen. To actually, and authentically listen. That is so difficult for people.”

“Passion FC is simply a mindset,” Rosenstein said. “Many people, especially soccer lovers, have this mindset. It’s this common understanding that sports has this ability to connect people instantly and allow people to simply see each other, not say a word and have an emotional bond unimaginable.”

On January 22, Passion FC collaborated with Universal Dialect, an activewear company, to host “The World’s Game: A Day of Understanding, Connection, and Football” as a way to unite those of different backgrounds by playing soccer. With 63 attendees, the event was a numerical success. However, to Rosenstein, the biggest indicator of success was the new relationships they helped form.

“People were broadening their horizons, people were meeting up for beers after [the event] and people were just talking, using football as a medium,” Rosenstein said. “We couldn’t get them to stop talking and planning, it was a targeted approach and it worked. I would say that [The World’s Game] was a success.”

“Stereotypically, people think that in Argentina, if you go to a football game, there’s going to be violence in the stands or outside the stadiums,” SPS junior and Chief Partnership and Strategy Officer Aggie Dent said. “[El Mismo Amor] shows that [violence] is there and people know it’s there, but there are also all of these really positive things that come out of these games.”

A key reason for El Mismo Amor’s success: the fact that the members of Passion FC speak multiple languages.

“Our team is very international and between us, we speak 10 languages fluently,” SPS junior and Head of Communications Anton Kondrashov said. “It’s one thing when you hear a story, and then you translate it into English, and then you don’t really understand it. It’s completely different when you’re able to hear from the source, understand the meaning behind the words in a different way, and then translate it by yourself with the meaning that you get in mind.”

Despite all of Passion FC’s success so far, there have been some setbacks. Due to the coronavirus outbreak, Passion FC has had to postpone their future in-person events and transition to solely focusing on social media outreach for the time being. However, Passion FC has been able to find the silver lining of this complication.

“Now, people are quarantined at home so they usually crave for content,” Guan said. “If anything, it’s an opportunity for us to have more content and engage with people online.”

The reason for this seamless transition: the team’s collaborative approach and emphasis on interpersonal communication.

“Everyone has an equal say,” Jain said. “It’s not just about one person giving their opinions and beliefs, there is a lot of discussion on every topic that we take on.”

With the success that this initiative has achieved so far, Passion FC continues to remember its roots.

“It wouldn’t be possible without this [soccer] ball,” Rosenstein said. “I think it’s a testament to the game and its amazing ability to get such a deep emotion out of people in different ways. So credit to the game itself.”

A version of this article appeared in the Monday, May 4, 2020 e-print edition. Email Arvind Sriram at as[email protected]