A recap of everything NYU Athletics from Feb. 24 to March 1. 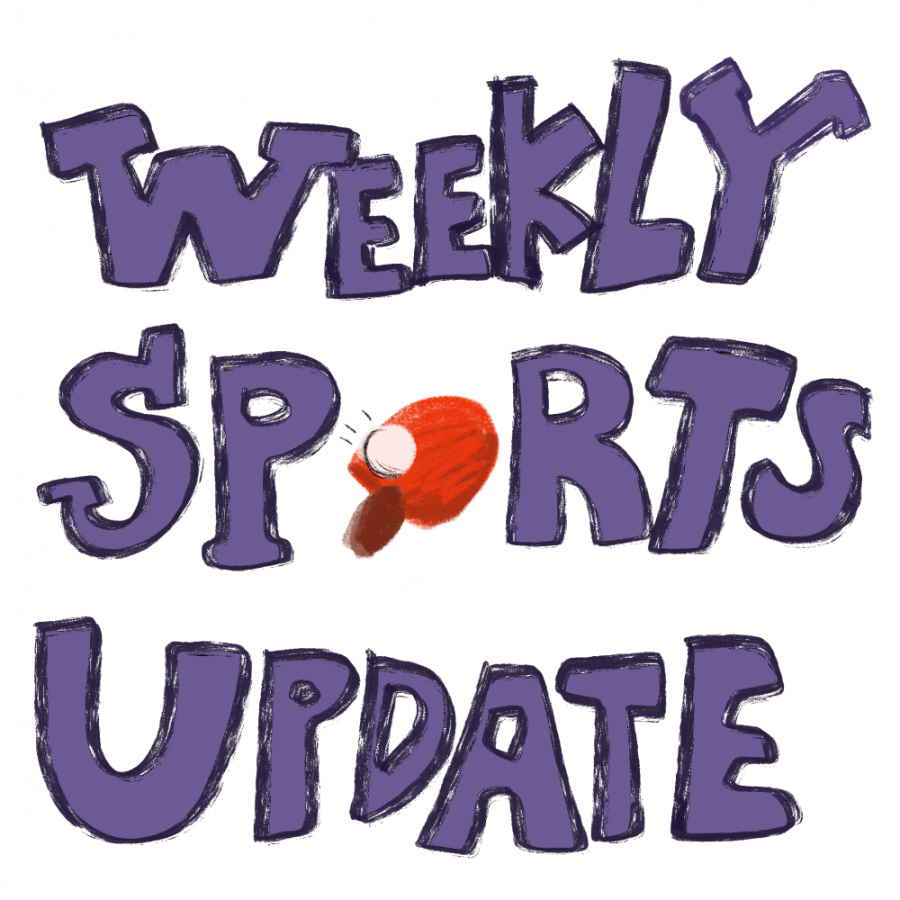 The men’s volleyball team was ranked first in Division III on Tuesday, Feb. 25. However, NYU finished the week with a 1-1 record. On Wednesday, Feb. 26, the Violets swept Stevens Institute of Technology, winning 25-22, 25-18 and 25-23. Tied at 16, NYU went on a 3-0 run, ultimately winning the first set. In the second set, the Violets jumped to an 11-3 lead, winning by a comfortable margin. The third set, down 23-22, the Violets went on a 3-0 run to complete the sweep. Violet leaders included CAS seniors Evan Lindley with 13 kills, Matin Bikdeli with 42 assists and Connor Keowen with eight digs.

The Violets return to action on March 2 against North Central College.

The Violets finish the regular season with a 20-5 record.

The Violets compete on March 8, at the NCAA Regional Championships at Cornell University.

The men’s tennis team opened their season with a loss to Swarthmore College (6-3) on Saturday, Feb. 29. The Violets stood out in doubles, winning two out of the three matches.

On day two, Drill, Zuckerman and LaCorte medaled in bronze in the 165-pound, 174-pound and the 197-pound bracket and Lyons medaled in gold in the 157-pound bracket. They all qualified for the NCAA National Championship. Overall, the Violets finished in third place.

The Violets compete on March 13 for the NCAA Division III National Championship in Cedar Rapids, IA.

On Saturday, Feb. 29 and Sunday, March 1, the women’s track and field team competed in the UAA Championship. On day one, CAS junior Evelyn Nkanga and CAS first-year Isre’al Conerly finished in first and second place in the 200-meter preliminaries. Both Nkanga and Conerly qualified for the finals, and Conerly’s performance in the 400-meter preliminaries (third place) resulted in her qualifying for the 400-meter finals. Tandon graduate student Rebecca MacLeod (fifth place) also qualified for the 800-meter finals.

Select members of the Violets will compete on March 6 and March 7 at the All-Atlantic Region Indoor Championships at Nazareth College.

On day two, CAS senior Benjamin Karam medaled in bronze in the one-mile run and CAS sophomore Owen Mountford received a bronze medal in the shot put. Overall, NYU finished in fifth place in the meet.

Select members of the Violets compete on March 6 and March 7 at the All-Atlantic Region Indoor Championships at Nazareth College.

The men’s and women’s swimming and diving team competed in the NCAA Division III Northeast Regional Diving Championships hosted by Springfield College on Friday, Feb. 28 and Saturday, Feb. 29. On the men’s team, Rory Meyers sophomore Cole Vertin and CAS first-year Hunter Whitbeck, who finished in fifth and sixth place on the three-meter board, qualified for the National Championship. On the women’s team,  CAS senior Carmen White qualified for the National Championship, finishing in fourth place on the one-meter board.

The Violets return to action on March 18, competing in the NCAA Championship in Greensboro, North Carolina.

A version of this article appears in the Monday, Mar. 2, 2020, print edition. Email Arvind Sriram at [email protected]