A recap of everything NYU Athletics from Feb. 10 to Feb. 16. 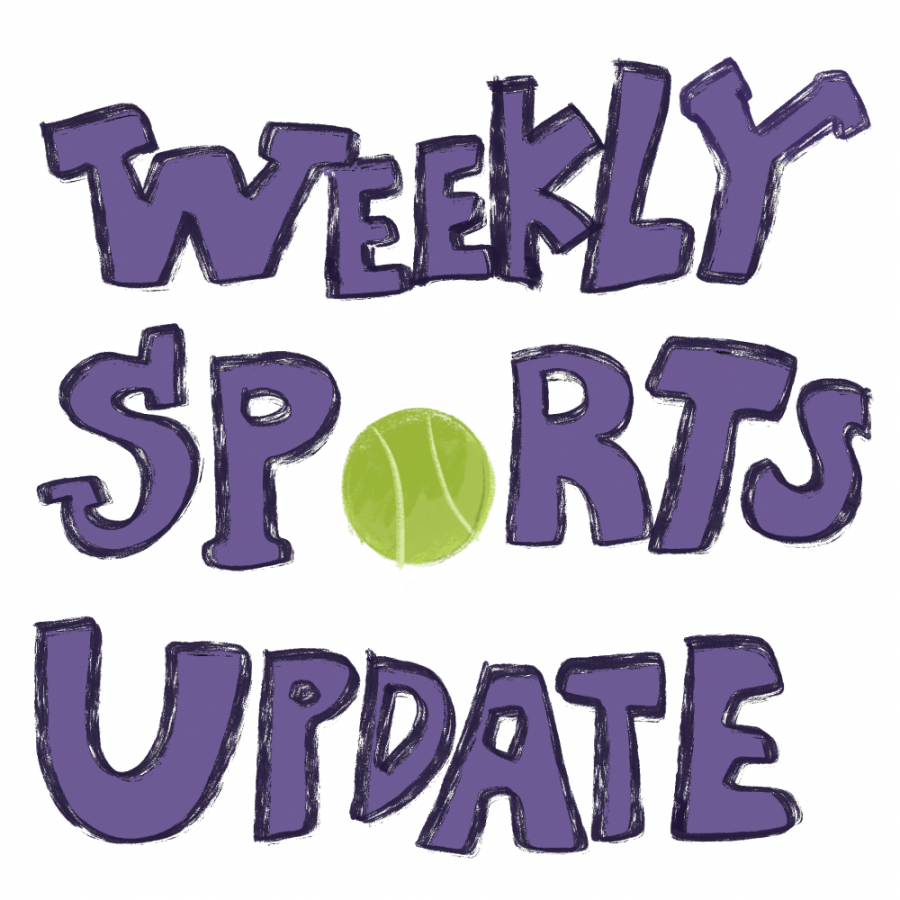 On Saturday, Feb. 15, the men’s wrestling team defeated Case Western Reserve University and the University of Chicago, winning their first UAA Championship since 2017. Against Case Western, the Violets slaughtered the Spartans 43-6, only losing two bouts. The match was closer against the University of Chicago (28-11), but with the Violets winning the first three bouts, Maroons never posed as a threat. Stern senior Sean Lyons was named UAA’s Most Outstanding Wrestler and the Violets’ coaching staff were named UAA Coaching Staff of the Year.

The Violets return to action on Feb. 23 for the Futures Tournament, hosted by Muhlenberg College.

The men’s volleyball team continued its winning streak with victories against The Sage Colleges and Nazareth College. On Wednesday, Feb. 12, the Violets swept The Sage Colleges, winning 25-21, 25-13 and 25-16. The first set was back and forth, with each team trading leads until it was tied 19-19.  NYU never looked back, going on a 3-0 run, and ultimately winning the first set. After the close set, the Violets slaughtered the Gators. Leaders of the match included Stern senior Alex Li with 12 kills, CAS senior Matin Bikdeli with 35 assists and CAS sophomore Race Agcaoili with six digs.

On Friday, Feb. 14, the Violets defeated Nazareth College 3-0, winning 25-20, 25-18 and 25-19. The team won their first set, in a close battle. The Violets led 15-13, creating distance with a 3-0 run. Their lead grew to six points, and the Violets never looked back. In the second set, the Violets trailed early (4-3). Down one, NYU scored six straight points and maintained their lead the rest of the way. In the final set, the Violets led the entire way and finished the sweep. Team leaders included Li with nine kills and Bikdeli with 27 assists and five digs.

With a 2-0 record this week, the Violets are now tied for the top seed in the UAA conference. On Friday, Feb. 14, the Violets defeated Emory University 54-50. The game was close going into the fourth quarter, with Emory holding a three point lead. NYU clawed their way back to a 45-45 tie with 2:53 left in the game, until CAS senior Annie Barrett hit a key jumper, giving the Violets a two-point lead. The Violets led the rest of the way and won their third straight game. Team leaders for NYU were Steinhardt first-year Jenny Walker with 20 points, Steinhardt junior Janean Cuffee with eight rebounds and CAS senior Annie Barrett with four assists.

The Violets compete against the University of Chicago on Feb. 21.

The men’s basketball team went 0-2 this week, with losses to Emory University and the University of Rochester. On Friday, Feb. 14, the Violets lost to Emory 99-81. NYU struggled on defense, allowing Emory to shoot 52.9% from the field and 38.5% from the three-point line en route to 50 points in the first half. Team leaders for the Violets were CAS junior Bobby Hawkinson with 22 points and nine rebounds and SPS junior Jaden Narwal with three assists.

On Sunday, Feb. 16, the Violets fell to the University of Rochester 72-64. In the first half, NYU struggled on offense, shooting only 39.3% from the field and 27.3% from the three-point line, which lead to a 39-28 deficit. In the second half, led by Stern sophomore Cade Hoppe’s 14 points, the Violets battled back and cut the deficit all the way to three points. Team leaders for NYU were Hoppe with 18 points, Hoppe and CAS sophomore Nick Macarchuk with six rebounds each and Macarchuk and Hawkinson with three assists each.

The Violets face the University of Chicago on Feb. 21.

On Wednesday Feb.12, the Violets went 2-1 in the George Kolombatovich Memorial Meet at Columbia University, losing to Columbia (18-9), defeating Vassar College (14-13) and blowing out Sacred Heart University (19-8). For NYU, Stern first-year Chiara Codazzi and CAS sophomore Sarah Prilutsky shined in foil with 7-2 records each, CAS junior Liz Sweetra led the Violets with a 6-3 record in sabre and Stern first-year Anna Lanzman stood out with five victories in epee.

The Violets return to action on Feb. 29 for the NIWFA Women’s Championship hosted by Drew University, after select Violets finished competing in the Jr. Olympics Championship from Feb. 14 to Feb. 17.

The Violets return to action on Mar. 8 for the NCAA Men’s Regional Championship hosted by Cornell University, after select Violets finished competing in the Jr. Olympics Championship from Feb. 14 to Feb. 17.

The men’s swim and dive team competed in the UAA Championship from Wednesday, Feb. 12 to Saturday, Feb. 15. NYU placed in third place, behind Emory University and the University of Chicago.

The Violets return to action on Feb. 22 for the NYU Last Chance Meet.

The women’s swim and dive team competed in the UAA Championship from Wednesday, Feb. 12 to Saturday, Feb. 15. The Violets ultimately finished in second place, behind Emory University.

The Violets return to action on Feb. 22 for the NYU Last Chance Meet.

On Saturday, Feb. 15, the men’s track and field team competed at the Valentine Invitational, hosted by Boston University. For the track events, standouts were CAS junior Dillan Spector, who ran a personal-best (8:44.81) in the 3,000-meter, finishing in 47th place and the 4×400-meter medley team of SPS senior Julian Montilus, CAS first-years Daniel Akande and David Obwaya and Stern sophomore Brett Asay, who finished in 27th place with a time of 3:22.65. For the field events, SPS sophomore Landon Edwards placed 23rd in the high jump and Gallatin sophomore Owen Mountford finished in 33rd place in the shot put.

On Saturday, Feb. 15, a subset of the men’s track and field team competed in the Monmouth Winter Collegiate Invitational, hosted by Monmouth University. Stern sophomore Sunmakin Orafidaya finished in 18th place in the 200-meter and 31st place in the 60-meter.

The Violets’ next meet is the Last Chance Meet on Feb. 21.

On Saturday, Feb. 15, a subset of the women’s track and field team competed in the Monmouth Winter Collegiate Invitational, hosted by Monmouth University. CAS first-year Nathalie Shoji and Stern senior Alaris Dayzle finished eighth and ninth in the pole vault and CAS first-year Andrenae Jones placed 20th in the 60-meter.

The Violets’ next meet is the Last Chance Meet on Feb. 21.

A version of this article appears in the Tuesday, Feb. 18, 2020, print edition. Email Arvind Sriram at [email protected]