A recap of everything NYU athletics from Feb. 3rd to Feb. 9th. 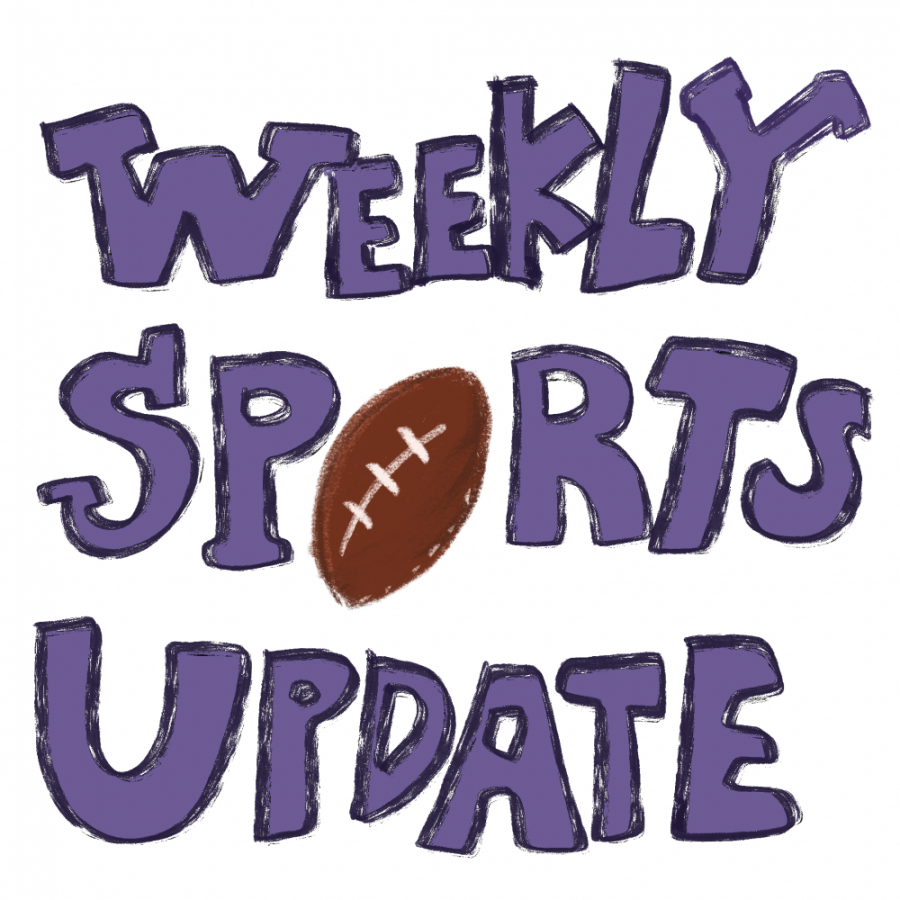 Men’s volleyball stayed undefeated with victories against Baruch College and Hunter College. On Tuesday, Feb. 4, the Violets swept Baruch College, winning 25-16, 25-20 and 25-19. The Violets never trailed until the third set, when Bearcats led 1-0. NYU never looked back, going on a 5-0 run, and ultimately completing the sweep with a 25-19 victory. Leaders of the match included CAS seniors Evan Lindley with eight kills, Matin Bikdeli with 29 assists and Connor Keowen with six digs.

On Thursday, Feb. 6, the Violets defeated Hunter College 3-1. The team won their first set, staying consistently ahead in its 25-20 victory. The Hawks led the majority of the second set until the Violets forced a 19-19 tie. Hunter College then scored the next three points, and pulled away with a 25-22 victory. NYU bounced back in the third set, winning 25-17. The fourth set was back and forth until Hunter College led 17-15. The Violets then went on a 5-0 run, never giving up the lead. NYU ultimately won the set 25-22. Team leaders included Tandon senior Neil Ferraro with 15 kills, Stern sophomore Ryan Whealen with 44 assists and Keowen with 16 digs.

The Violets play The Sage Colleges on Feb. 12 and Nazareth College on Feb. 14.

The Violets remain a contender for the top seed in the UAA conference, with a 2-0 record this week. On Friday, Feb. 7, the Violets defeated Carnegie Mellon University 69-60. The game was close going into the fourth quarter, with NYU holding a two point lead. Rory Meyers junior Katie Foos hit two key three-pointers in the fourth quarter, allowing the Violets to win by a comfortable margin. Steinhardt first-year Jenny Walker led NYU with 18 points and 11 rebounds and CAS senior Annie Barrett led NYU with four assists.

On Sunday, Feb. 9, the women’s basketball team defeated Case Western Reserve University 64-55. Trailing by one early in the fourth quarter, Foos drained a three-pointer with 8:33 left in the game, giving NYU the lead for the rest of the game. Team leaders included Steinhardt junior Janean Cuffee with 20 points and four assists and Steinhardt sophomore Meghan McLaughlin with nine rebounds.

The Violets compete against Emory University on Feb. 14.

Men’s basketball went 1-1 this week, ending their seven-game losing streak. On Friday, Feb. 7, the Violets traveled to Pittsburgh and earned their first UAA conference victory in a close game against Carnegie Mellon, winning 80-79. With 2:38 remaining in the game, NYU and Carnegie Mellon were tied at 75. Neither team scored again until the 1:40 mark, when CAS sophomore Nick Macarchuk hit a clutch three-pointer, putting the Violets ahead by three. Carnegie Mellon missed the potential game-winning three-pointer with three seconds left and the Violets held on to the victory. Team leaders for the Violets were CAS junior Bobby Hawkinson with 19 points and 12 rebounds and SPS senior Jimmy Martinelli and SPS junior Jaden Narwal with two assists each.

On Sunday, Feb. 9, the Violets fell to Case Western Reserve University 90-60. NYU struggled on offense, shooting 34.8% from the field and 26.7% from the three-point line. Stern sophomore Cade Hoppe led NYU with 17 points, Hawkinson led NYU with 12 rebounds and Narwal and Macarchuk led NYU with three assists each.

The Violets return to action on Feb. 12 at the Columbia University Invitational.

On Saturday Feb. 8, the men’s wrestling team competed at the US Coast Guard Academy, blowing out Bridgewater State (40-12), Worcester Polytechnic Institute (33-9) and losing a close battle against the United States Coast Guard Academy (19-18). For Stern senior Sean Lyons, his victory against WPI was a special one — it was his 100th career victory.

The Violets return to action on Feb. 15 for the UAA Championship.

The men and women’s swim and dive team hosted the NYU Invitational on Friday, Feb. 7 and Saturday, Feb. 8, where there was no team scoring.

On day one, many of the NYU swimmers placed first in their competition. For the men’s team, Tandon first-year Aaron Hsieh won the 100-yard breastroke in 59.26 seconds and SPS first-year Jack Mullen won the 200-yard backstroke in 1:55.22. For the women’s team, Stern sophomore Nikita Kouznetsova won the 200-yard backstroke in 2:04.95 and Steinhardt first-year Camille Valvur won the 100-yard freestyle in 54.76 seconds. The women’s diving team also swept the one-meter board, where CAS senior Carmen White, CAS first-year Katherine Nardone and CAS junior Ashlyn Winship finished in first, second and third place.

The Violets return to action on Feb. 12 for the UAA Championships.

The men and women’s track and field team competed at the University of Albany Invitational on Friday, Feb. 7, where there was no team scoring at this meet.

The Violets’ next meet is the Valentine Invitational, hosted by Boston University, on Feb. 14.

A version of this article appears in the Monday, Feb. 10, 2020, print edition. Email Arvind Sriram at [email protected]