Men’s basketball won their only game this week, while the women won both of theirs. Many other sports will return to action this coming weekend. 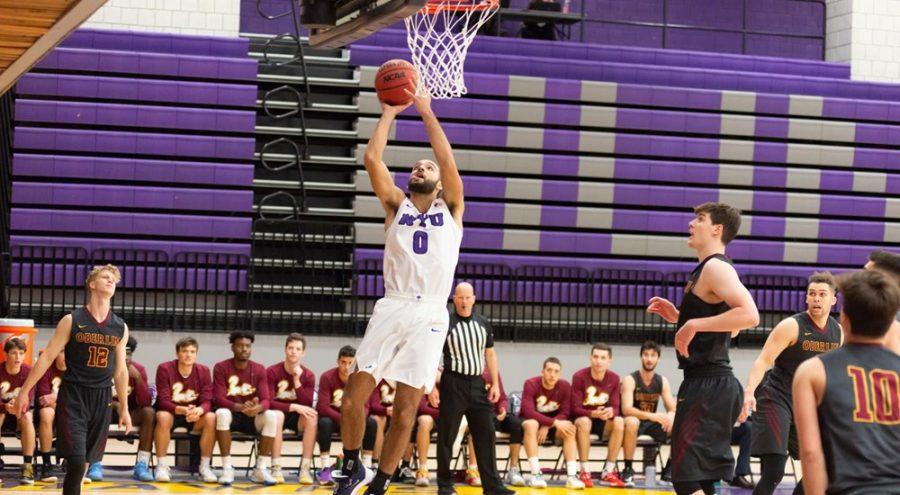 Ethan Feldman, senior in CAS, scored a team-high 16 points in the Championship Game of the Hampton Inn Jim Beaudry Classic. (Via NYU Athletics)

Men’s Basketball
NYU crossed the .500 mark on Sunday, beating Rosemont College 88-73 to move to 4-3 on the year. The Violets got off to a slow start to the game, trailing 16-11 with 13 minutes left in the first half, but a 19-0 NYU run to close the half gave the Violets a lead they never gave up. The biggest gap in the night’s scoring came with 13:47 left in the game, when NYU led 56-41. With 4:44 left, Rosemont was able to cut the deficit to four points, but an 11-0 NYU run closed out the game. Team leaders were Stern sophomore Cade Hoppe with 28 points, 13 rebounds and six blocks and CAS sophomore Nick Macarchuk with six assists.

The Violets return to the court on Wednesday when they take on the College of Mount Saint Vincent on the road.

Women’s Basketball
The Violets continued to destroy their competition on Wednesday with a 103-50 win against Baruch College. This was the most NYU had scored since 2006, when they put up 104 against Alfred State. Shooting 59.7% on the night and never trailing, the Violets started the game with a 17-4 run and never looked back. The biggest lead of the night came with a little more than a minute left, when Baruch trailed by 55 points. Team leaders included Steinhardt junior Janean Cuffee, who scored all 16 of her points in the first half, Steinhardt first-year Jenny Walker with 12 rebounds and CAS senior Annie Barrett with eight assists and four steals.

The team continued to win on Sunday, taking down Wesleyan University 93-91 in overtime. The now 6-1 Violets grabbed a 10-4 lead to start the back and forth contest, but Wesleyan quickly tied it up. A 39-27 Wesleyan lead at the half crawled into a 62-54 Wesleyan lead after three quarters, but an impressive fourth for the Violets was capped by Cuffee’s clutch free throws to tie the game at 81 heading into ot. NYU was able to jump out to an 86-81 lead in the last period, and ultimately, Wesleyan couldn’t battle back. Team leaders included Cuffee with 32 points and Barrett with 10 rebounds and seven assists.

What to Watch This Weekend
Following Thanksgiving break, many teams will be returning to action this weekend. The men’s and women’s swimming and diving teams will compete in the Bomber Invitational hosted by Ithaca College. The three-day meet will last from Friday to Sunday. Wrestling will hit the mat on Friday as they take on Centenary University on the road, and both fencing teams will participate in the Sacred Heart Tradition tournament on Sunday.

A version of this article appears in the Monday, Dec. 2, 2019, print edition. Email Benjamin Michael Davis at [email protected]