Opinion: NYU should create a monument for ‘The Land of the Blacks’

Because of NYU’s location on farmland once owned by people of African descent, the university should create a new monument to honor their contributions and history. 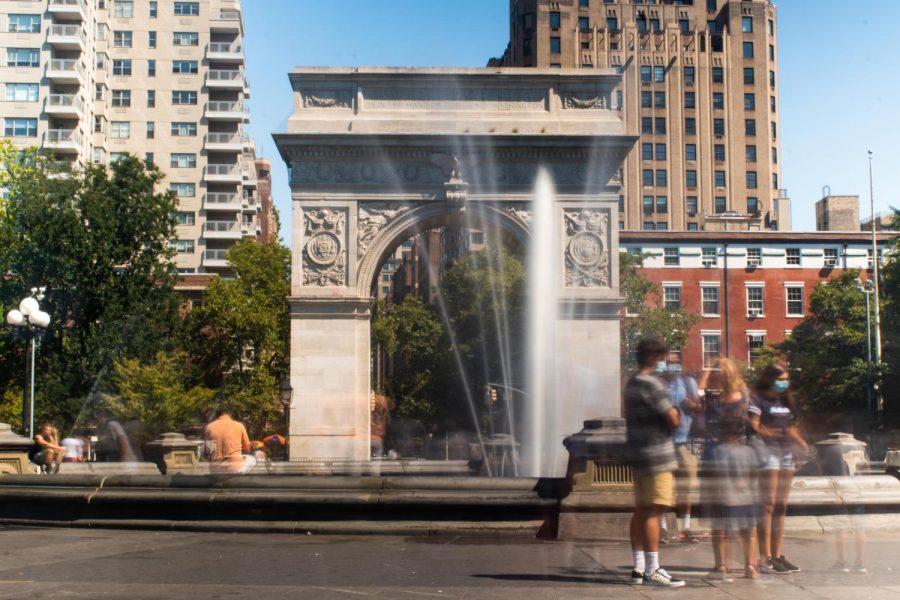 Washington Square Park lies on top of “the Land of the Blacks,” farmland and homes inhabited by people of African descent between the mid-17th century and early 18th century. (Staff Photo by Jake Capriotti)

Washington Square Park is one of New York City’s most famous landmarks. It is located in the heart of Greenwich Village and is considered the center of NYU’s campus. However, a well-kept secret about this cultural destination is that it lies on top of “The Land of the Blacks,” farmland and homes inhabited by people of African descent between the 17th and 18th centuries in Dutch New Amsterdam. This area is now marked by imposing campus buildings and those iconic violet flags — all overshadowing the people who once occupied this region. NYU, a respected educational institution, should consider opening their hearts and deep wallets to create a monument honoring the people who preceded them.

NYU’s real estate is extremely valuable. The university’s obvious affluence can be used to highlight the Black landowners in New Amsterdam who previously occupied this now lucrative land. NYU is the wealthiest and one of the largest private landowners in New York City. Based on the institution’s prime location, the value of their land is estimated at over $2.5 billion,

It is essential that we preserve this land’s history. To accomplish this, the Black Gotham Experience has led walking tours as an initiative to preserve the history of the Land of the Blacks and the stories of the enslaved people who inhabited it. Tour guides take participants on an immersive journey through the Village to educate individuals on this erased history. A list of names drawn from archival documents enumerate land grants, spanning over 130 acres or 100 square city blocks, issued to freed slaves of African descent between 1643 and 1664. At the time, these Black landowners were only able to obtain this land based on the principle of a half-freedom: paying taxes through donating crops and pasturage animals. Ultimately, this land was quickly and inhumanely stolen from Manhattan’s first Black community and was eventually repurposed in order to build the NYU campus.

On Nov. 19, 2020, a resolution was created to commemorate African land by Manhattan Community Board 2 through the creation of a monument that honors the freed slaves whose property was stolen. Washington Square Park has four monuments honoring historical events and figures, yet there is no monument for the rich Black history that preceded NYU. A monument to African-owned farmland should memorialize the people who once occupied this area, and pay homage to the land’s previous owners. It is imperative that NYU publicly, permanently and visibly acknowledges the Black landowners in New Amsterdam who occupied these spaces before.

NYU, whose most valuable asset once belonged to Black farmers, should dedicate its own resources to honoring “The Land of the Blacks.” NYU is responsible for the voices they have overshadowed based on their location. It is ironic that a place of learning has intentionally obscured the facts of its past.