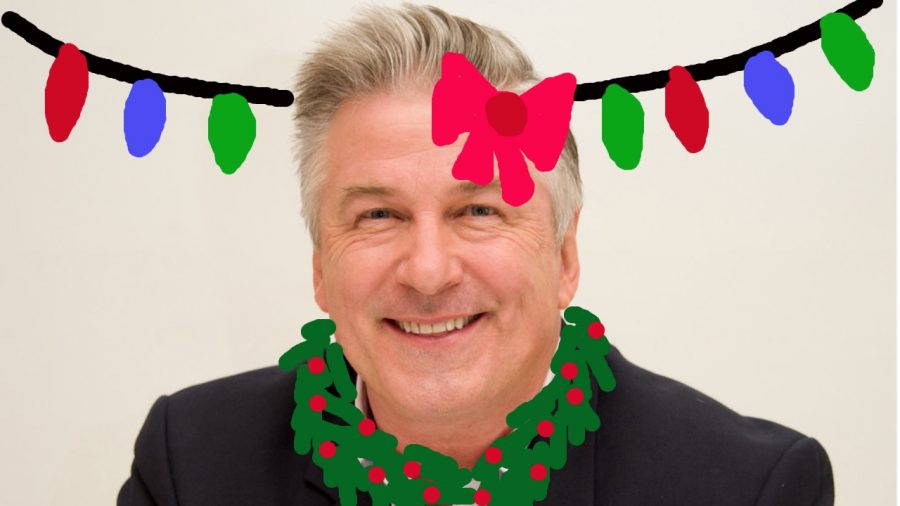 ‘Tis the season to get closer to bond with your friends, especially through shared Baldwin sightings. (Staff Illustration by Chelsea Li)

It’s no secret that NYU is a non-traditional university. Because the city is our campus, it leaves us to bond over shared experiences instead of darties and early-morning football tailgates. Perhaps the most common experience shared by all NYU students is meeting Alec Baldwin, who lives on East 10th Street and is a constant presence on campus. Or rather, it’s shared by most students.

Throughout her seven semesters at NYU, Gallatin senior Imani Ortiz had never encountered the famed actor. That is, until last week.

After years of feeling alienated for her lack of Baldwin sightings, Ortiz began to take more drastic measures. She was determined to meet the actor, no matter how hard she had to try. She dropped out of her 8 a.m. Texts and Ideas lecture to spend six hours every morning at Madman Espresso on University Place because she’d heard that Baldwin is a regular at the coffee shop.

“I don’t even like coffee,” Ortiz said. “But I like Texts and Ideas even less, so I figured it was worth the sacrifice. I can definitely still take the class in time to graduate, right?”

Each morning since her junior year, Ortiz has woken up at 5 a.m., donned the outfit she carefully laid out the night before, put on makeup resembling that of Baldwin’s ex-wife (“I need him to notice me,” she said) and arrived at Madman by 6 a.m., where she waited for Baldwin to walk in until 1:30 p.m.

“It was surreal,” Ortiz said. “He just walked in, ordered a coffee and left. We made eye contact for four and a half seconds when he walked out. I could tell that he recognized my makeup style. He definitely thought I was cute.”

When contacted for comment, Baldwin told WSN that he had no recollection of the event.

Though Ortiz is overjoyed about the encounter, no one is more excited than her roommates.

“Imani been driving me insane,” her roommate, Adrienne Khalifa, said. “I’ll come home from class and find that my bed is covered in rejected outfits for the next morning. She constantly makes me reenact possible scenarios, and she always makes me play Alec Baldwin. I don’t have the emotional capacity for any of this.”

“I’m Jewish, but I have no choice but to say that this is a Christmas miracle,” roommate Clara Ginsberg said. “I can finally sleep again.”

Regardless of her roommates’ opinions of her, Ortiz is staying positive.

“I got what I wanted,” she said. “Now I can finally bond with other students. I’m not an outsider anymore. Now that I’ve seen Alec, nothing can stop me. I am officially an NYU student.”