After significant efforts by the administration and student body to lower NYU’s tuition, the university has officially been deemed affordable. 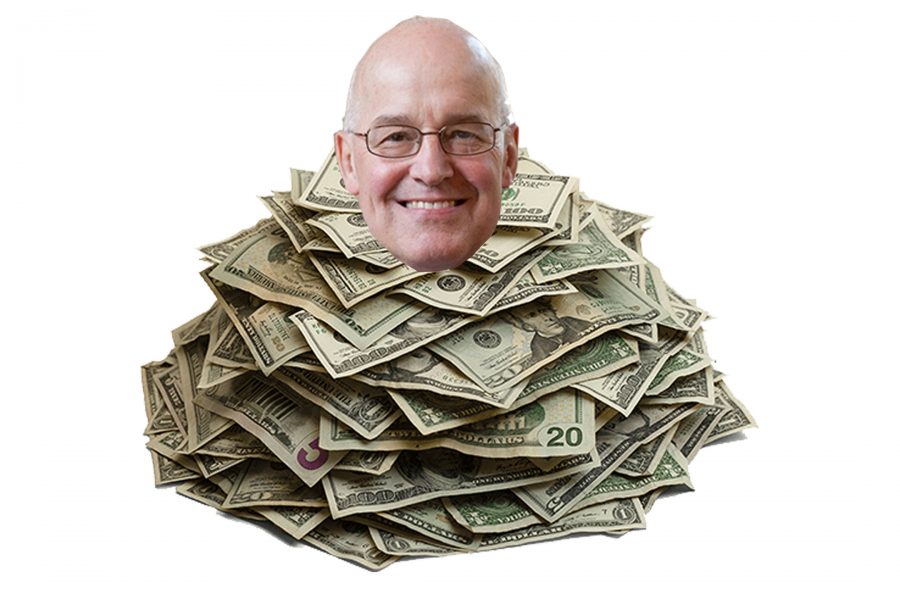 NYU President Andrew Hamilton has decided to end his affordability initiative, saying that the student body has “too many broke b-tches.” Hamilton accidentally let this slip during a lunch meeting at Palladium Food Court on Saturday.

NYU has been infamous for its astronomical tuition for years. Since Hamilton began his tenure as president, he has maintained that affordability is a top priority, citing several complaints by the NYU community at town halls.

Though NYU was the fourth-most expensive university when Hamilton was hired, the university is now 39th. According to Hamilton, these numbers are proof enough that efforts to lower the university’s cost of attendance have become obsolete. Hamilton also disbanded the Affordability Steering Committee, stating that it is no longer necessary because he no longer cares.

When asked if he thinks that the current total cost of attendance — just over $76,000 per year — can be considered affordable, Hamilton doubled down.

“This is not about affordability,” Hamilton told WSN. “I do not want to lower the cost of attendance. I simply want fewer poor people on campus. Besides, I can’t imagine that anyone will have trouble finding $76,000. I certainly wouldn’t.”

Students have already begun to retaliate, arguing that $76,000 is not, in fact, easy to come by. LS first-year Kat Hwang said that she took personal offense at Hamilton’s words.

“I’m not a broke b-tch,” Hwang said. “I’m solidly upper-middle class. I just can’t afford this school. I don’t think anyone can.”

However, Hamilton does not see these points as his problem.

“If someone really wants to attend NYU, they’ll find a way to pay for it,” Hamilton said. “It’s very telling of a student’s character if they don’t want to pay the full price. It’s quite greedy.”

A town hall on NYU’s tuition rate, titled “How to Stop Being Poor,” will be held at Tisch Hall on Nov. 22. There will be $40 t-shirts.