After facing a slew of controversies, the university wants those found guilty of sexual misconduct to know that they have a home at NYU. 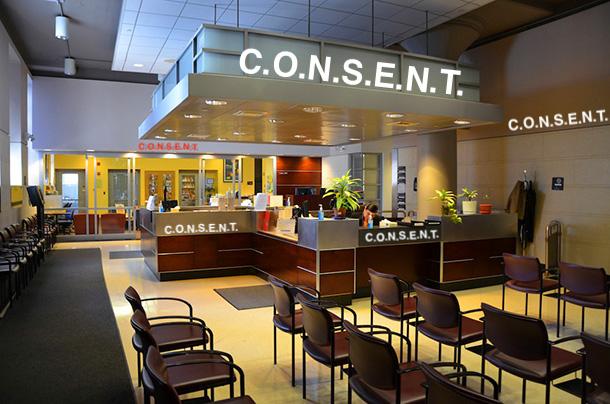 President Andrew Hamilton revealed Sunday afternoon that the university will be rolling out a new resource to provide protection for members of the NYU community who are perpetrators of sexual misconduct. Hamilton accidentally let this slip during a lunch meeting with the university’s Board of Trustees at Downstein.

A university spokesperson confirmed that the Center for the Observation of a Neoliberal Society’s Expectations and Narcissistic Tendencies (C.O.N.S.E.N.T.) will cater specifically to members of the NYU community who have been found guilty by Title IX investigations, have failed their annual sexual misconduct training courses or have been canceled.

“No member of the NYU community should have to go through life without C.O.N.S.E.N.T.,” the spokesperson said. “It’s important to us, as a university, to protect the most vulnerable on campus, and that means reaching out to members of our community who have been ostracised. It’s hard to be found guilty of sexual harassment, and we want to let you know that we’re here to help.”

The resource, which will be an official branch of the Student Health Center, will provide security detail, weekly counseling, financial aid and tenure for faculty. When asked if C.O.N.S.E.N.T.’s development was related to Michael Steinhardt’s recent donation to the SHC, the spokesperson declined to comment.

Students have begun protesting against the resource, noting the contrast between the care given to perpetrators of sexual misconduct and the lack of accessible mental health resources found on campus. Hamilton addressed this in an email to the student body on Monday afternoon, saying that the university has a responsibility to treat all its members with respect.

“Universities have always brought illumination to dark places, and perhaps we can light the way here for others,” “That does not mean we shall not encounter challenging and even offensive ideas on our own campus. It seems the fate of institutions that value the free exchange of ideas highly is to sometimes be tested with extreme examples.”

Steinhardt junior Mike MacMillan, who was canceled by his classmates after being found guilty of sexual harassment by Title IX last October, plans on making use of C.O.N.S.E.N.T.

“People just act before they think; they don’t realize that their actions have consequences,” he told WSN. “Just because I sexually harassed a few people doesn’t mean I don’t deserve love. Thoughtless actions like canceling someone can ruin a life. They’ve ruined mine.”

An info session on the new resource, titled “You’d Be Prettier if You Smiled — Learn About C.O.N.S.E.N.T.!” will be held at the Skirball Center for the Performing Arts on Sept. 25. There will be free T-shirts.