Off-Third: A sincere apology to our readers. College rankings do matter.

In a response to a previous article, Liberal Studies’ own Alexandra Cohen admits that she was wrong and that college rankings do matter — when they’re good. 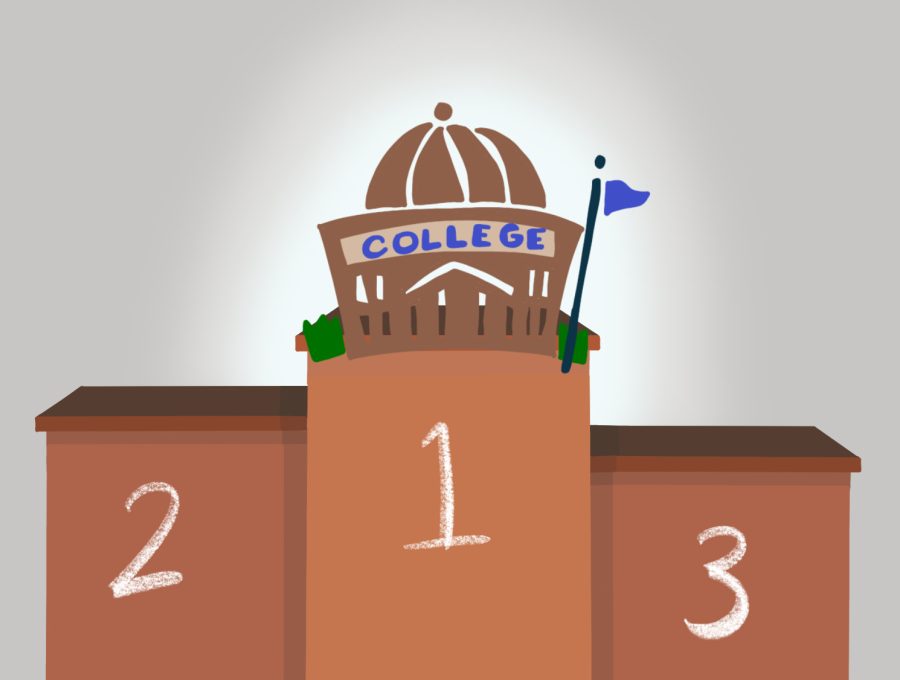 Last semester, I made a grave mistake out of my own insecurity of NYU’s placement in the top 30 rather than the top 25. I claimed that college rankings were worthless. Now that NYU is ranked No. 25, alongside the University of Michigan — a school that deferred and then rejected me — rankings matter more than ever before. We are in the top quarter of schools that matter. Let’s capitalize on that.

Not only do rankings hold such high significance — they are the only thing that matters. When applying to a university, don’t consider the cost or the majors or the opportunities — at the end of the day, future employers will only consider the ranking.

If you really do the math, you learn that NYU is the best university in the state of New York. We rose three entire spots in the rankings, while Cornell University remained at No. 17 and Columbia University dropped 16 places to a measly No. 18. Math and science — and even humanities — would tell you that even at No. 25, our movement alone makes us better than No. 17 and No. 18. This has always been true — we chose a way better area to gentrify than Columbia all those years ago. And Ithaca is just plain boring.

Not only do we have literal royalty in the student body, but also Hollywood royalty. We are the school with the most nepotism-baby students and alumni. Hollywood cares about us, and that is obviously the most important demographic. How else are we supposed to have Taylor Swift speak at commencement? There is nothing that says No. 1 university like Adam Sandler walking around in an NYU shirt or influencers dropping out to influence full time.

NYU is the most moral institution in the entire world. We charge $60,000 per year to live in the least gentrified part of New York City and take courses that matter, like that course on Taylor Swift. NYU is leading the way for affordable higher education, and that should bring us to the very top. We have no shady ways to get in like Columbia’s Tel Aviv University program, which has a suspiciously high acceptance rate for an Ivy League school. As a Liberal Studies student, I can confidently say that it’s just as hard to get into as Stern, and even harder to get in as a spring admit. We bring up the average GPA and SAT score and bring down the acceptance rate of the university as a whole.

Rankings matter more than anything, except for one thing. One area where NYU soars above the rest is the list of notable alumni. No school could possibly compete with a university that was once home to America’s sweethearts, Rudy Giuliani, Jared Kushner and Woody Allen. If an extensive Wikipedia list of A-list, B-list and even C-list names cannot lower an acceptance rate, nothing can.