Opinion: You need to be around more trees

This semester, it's time to seek out more parks and green spaces in New York City. 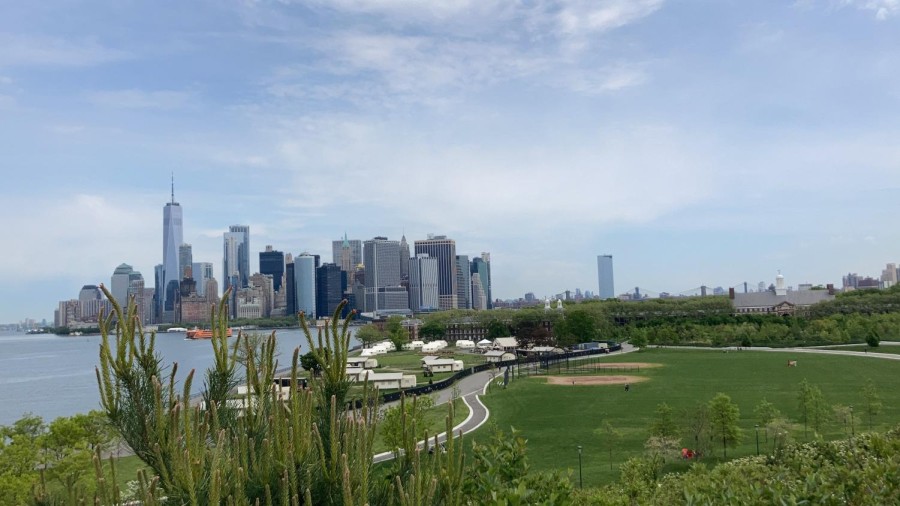 Governors Island is located just south of lower Manhattan, and can be accessed via ferry. (Ryan Kawahara for WSN)

Being in nature is linked to improved health. According to the New York state Department of Environmental Conservation, “Spending time around trees and looking at trees reduces stress, lowers blood pressure and improves mood.”

If you’re an NYU student from the suburbs or a rural area — or really anywhere other than New York City — you’re probably used to being close to being at most an hour away from beautiful natural environments. When students land at JFK Airport for the first time, they are immediately met with perpetual concrete and incessant motion. New York City is incredibly dense, void of silence, filled with urgency and, when you look up, skyscrapers take the place of stars.

As a native New Yorker, I know that living in Manhattan — and especially Greenwich Village — can make nature seem sparse and far away. When the trials and tribulations of a typical NYU semester come around, those stresses can’t always be eased by the virtual mindfulness sessions and free yoga NYU offers. Sometimes we want to see more sky and to breathe air that’s not riddled with whatever they’re selling at Washington Square Park.

When it comes to parks and green spaces, there are plenty of ways to feel like you’re getting out of the city while still being close.

Central Park is an easy go-to, but when I visit I somehow still feel like I’m in midtown Manhattan and get sad every time I see a horse and carriage.

A great place to visit instead is Governors Island. The New York City ferry system is convenient, safe and super reliable. Take advantage of it. On the ferry to Governors Island, just a $3 round trip, you can sense the peacefulness approaching as the Financial District recedes in the distance. The island has a plethora of exclusive art exhibits, a hammock grove, a lavender field, a spa, glamping and so much more. It served as a military base in 1755 and was a central headquarters for the U.S. Army and Coast Guard until 1996. Biking past all the old and empty colonial-style houses is one of my favorite things to do there.

Governors Island is perfect for picnics, bike rides, fishing and serious relaxation. Aside from the occasional silence-shattering helicopter flying overhead (#stopthechop), it feels like a New York City getaway.

Go to Astoria Park, Queens and Prospect Park, Brooklyn. I know what you’re thinking: “Queens?! Brooklyn?! Is that even safe!?” I’ve met students from NYU who have never even gone above 59th Street. It’s due time to grab some friends, pick a nice day and Google Maps it. You’ll find your escape from there.

Prospect Park is one of the only parks in New York City where you can forget about the city around you. You can’t see any buildings on the skyline, it smells nice, has so many dogs, and has 526 acres to explore.

At Astoria Park, you can sit right beneath the Hell Gate Bridge and look out across the East River. It may not be the same as looking out across a lake with mountainous terrain in the distance and 20-foot-tall trees surrounding you, but it’s quiet, grassy and green for once.

Being in nature can be just the right thing when you feel homesick or face any obstacles that a new school year brings. Despite its industrialized appearance and hustle, New York City has a lot of unexpected nature to offer — go find it.