Forcing students to take four semesters of one language eliminates other avenues of educational exploration and wastes students’ resources. 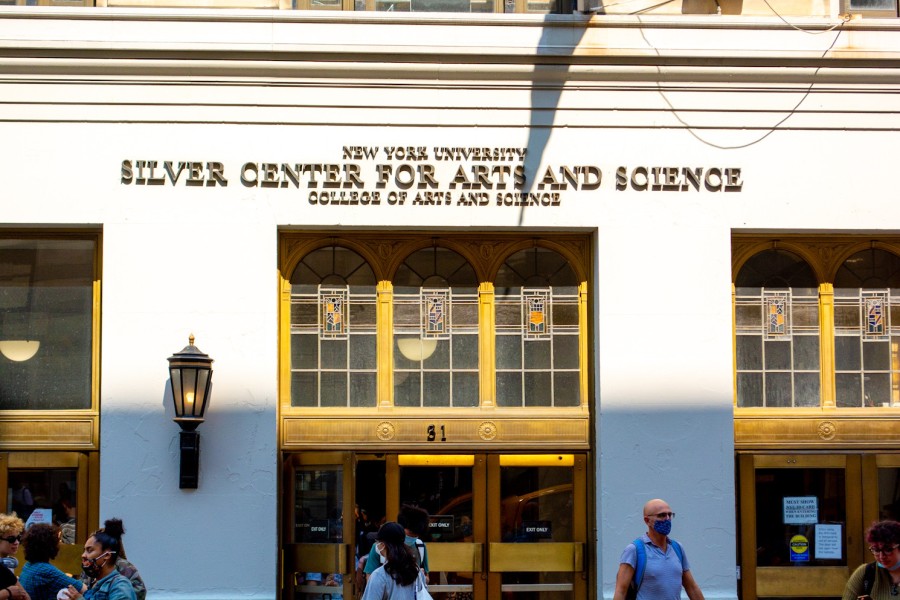 The Silver Center houses many of the classrooms and offices of the College of Arts & Sciences at NYU. CAS has a foreign language requirement that all CAS students have to follow. (Staff Photo by Manasa Gudavalli)

I honestly couldn’t tell you what I learned in my Spanish classes. I can remember “me llamo,” “porque” and a couple of funny curse words. I can remember all the skulls for Day of the Dead (or do I remember that from “Coco”?). I can remember always trying to sit next to, or get partnered with, Jenny. But would I feel comfortable if I was kidnapped and dropped into Spain? Can’t say.

Undoubtedly, my experience isn’t limited to myself. Instructional methods and outcomes fall flat in higher education for various reasons when it comes to teaching foreign languages. Language is studied as a subject, not a skill; students are usually passive participants who are forced into the course, decreasing morale. Sure, you could blame me and my peers for not studying diligently. But this is the reality, and most students leave their courses with only a slight familiarity with the language and a semblance of culture and nowhere near conversational fluency. These are especially troubling results when NYU requires a two-year language commitment. NYU should change this requirement.

The main issue here is that foreign language classes take away resources on an individual and institutional level. By forcing an individual student to take a foreign language course — or four, in this case — you take away four electives that the student could have used for other purposes. These electives could have served to develop richer subject-specific knowledge, explore new areas, help them find their passion, or just pad their GPA for the competitive graduate school admissions process.

We can also think about the foreign language requirement through monetary value. If a student were to take a four-credit language course for four semesters, that would total 16 credit hours. That’s $28,250, or equivalent to one semester’s tuition at NYU, spread over two years (or the 16 months you’re in class). When you think about a language tutor who can give you individualized attention at an average of $50 an hour, you’re looking at a fraction of the cost.

Enrollment in some classes would likely decrease without the foreign language requirement and could cause some language departments to shut down. But I’d argue for the good of the majority that if a language department receives such little support that has it to shut down, those resources could be better spent elsewhere. We could fund other departments that students are actually interested in or even just disburse rebates in scholarships. If NYU could afford everything, great, but maybe first try taking care of the thousands of students who inherit thousands of dollars in student debt and barely see a chance at elevating their family from poverty.

One could also argue that without language requirements, the spirit of a liberal arts education would be endangered by reducing a student’s exposure to other cultures, norms and viewpoints (maybe they won’t say it like that). But I would refer them to our esteemed College Core Curriculum with Texts and Ideas, Cultures and Contexts and Expressive Cultures. And if you’re in the Liberal Studies Core program, great — how about the entire six Arts and Cultures and Global Works and Society sequences.

The non-existence of a foreign language requirement isn’t a novel idea. We could point to Brown University and Johns Hopkins University, whose requirements are wildly relaxed. We could look to top institutions branded as liberal arts colleges such as Amherst, Bowdoin and Williams, all leading NYU in Rhodes, Fulbrights and other prestigious scholarships. We wouldn’t say those colleges are lacking or falling behind.

This is not to bash the importance of learning a foreign language or NYU. There is no better way to communicate with someone than with their own language. Language itself is a uniquely intimate and beautiful medium. Students can still choose to take classes in Spanish, Mandarin or Swahili. Moreover, NYU has been a fantastic place for me to explore new cultures, norms and viewpoints. But because the requirement of foreign language courses fails in its purpose, it should be suspended as it wastes resources that NYU could spend better otherwise.