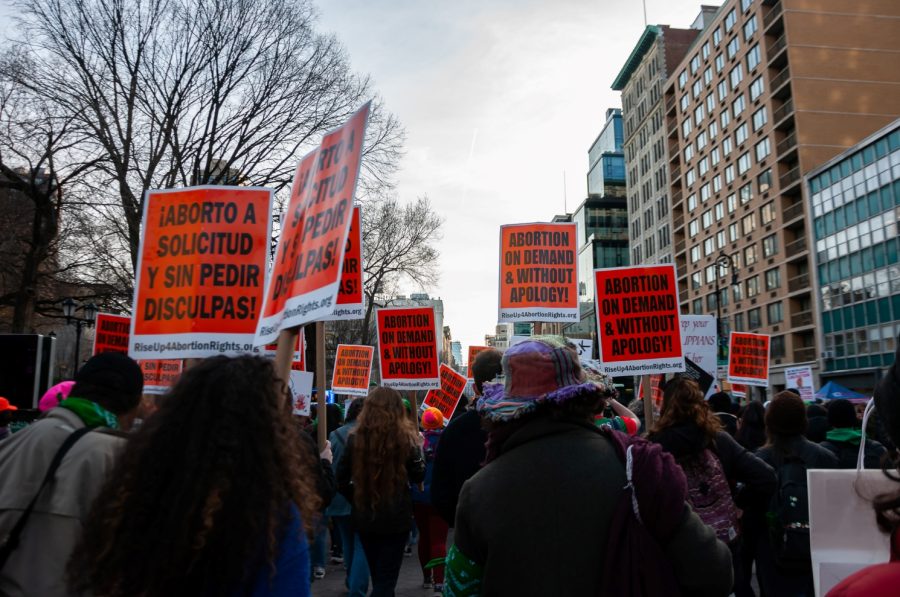 In May 2021, a Mississippi law to ban abortions after 15 weeks of pregnancy was proposed — two months earlier than allowed by Roe v. Wade’s decision.

On Sept. 1, 2021, Texas implemented a new restrictive abortion ban: Senate Bill 8. The law outlaws abortion after approximately six weeks of pregnancy, the time when people most often realize they are pregnant. The law also encourages individuals to sue anyone who provides abortion care or assists someone in getting an abortion, making it almost impossible for those seeking an abortion to have any support in their decision.

Almost a year after Mississippi’s proposal, on March 3, 2022, Florida lawmakers voted to ban abortions after 15 weeks.

The list of restrictive abortion bans being proposed and passed goes on and on. The fact is that reproductive justice and bodily autonomy are threatened perhaps now more than ever since Roe v. Wade was decided in 1973. The Mississippi law will be heard by the Supreme Court in June this year; depending on how the case unfolds, Roe v. Wade could be overturned. We could lose reproductive autonomy entirely. Even states like New York that have passed legislature to decriminalize abortion and improve access to reproductive health care could find that legislation challenged.

The loss of reproductive rights would have heavy consequences. A ban on legal abortions leads to an increase in unsafe abortions, which account for up to 13.2% of maternal deaths every year, according to the World Health Organization. If unsuccessful, these abortions can also result in pregnancy complications that jeopardize the mother’s health. There is too much at stake; we need to double down and fight for reproductive justice on every front. To do so, we need to understand more about the reproductive justice movement and what it means to have equitable access to health care.

We need to look at reproductive justice and abortion care through an intersectional lens and recognize the various barriers women of color and queer women face in accessing reproductive health care. Even now, when abortion is legal, many marginalized communities don’t have the ability or agency to access reproductive health care. Cost is a major barrier. An abortion can cost upwards of $500 — even more if there are surgical complications. Many people might not be able to access transportation to abortion centers. There is no choice where there is no access.

Now, more than ever, we need reproductive justice; analyzing power systems and the gender-, sexuality- and race-based dynamics that limit access to health care is an essential part of that fight. Institutions that seek to govern our bodies and take away our autonomy must be dismantled. As Audre Lorde, a Black lesbian poet and activist, said, “There is no such thing as a single-issue struggle, because we do not lead single-issue lives.”

Until the most vulnerable and marginalized individuals have access to health care and are able to live self-determined lives, reproductive justice has not been realized. There’s still time. Roe hasn’t been overturned yet. If you live in a state where restrictive laws are being passed, contact your legislators. Get involved with organizations such as Planned Parenthood, the NARAL Pro-Choice America and SisterSong that are leading efforts to attain reproductive justice. Sign petitions, submit testimonies, raise awareness on social media — there are many ways to join the fight. It’s crucial that we mobilize to preserve the human right to reproductive health care and bodily autonomy.