Opinion: Stop publishing pieces on how to ‘cope’ with the invasion of Ukraine

Coverage of the war should focus on how to help Ukrainian people, not how to destress. 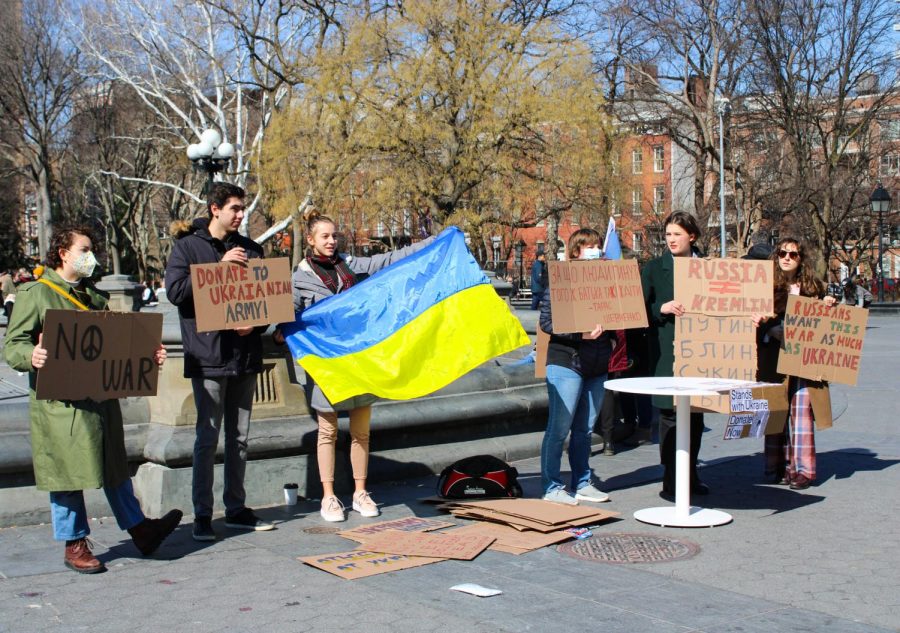 I was walking out of a morning class on Feb. 28, just four days after Russian President Vladimir Putin announced the Russian invasion of Ukraine. Two of my classmates strolled beside me, discussing the latest developments. Their voices were calm, but their eyes edged wider as the conversation continued.

“I can’t believe this is happening,” said one. “I’m so worried.”

“You? I’m Ukrainian!” exclaimed the other. “How do you think I feel?”

The classmate told us about their family members in Ukraine who were close to one of the initial bombing sites. The conversation presented a stark contrast to the foreign policy angle I had been following. The events we read about here in the United States are concretely affecting human lives in Ukraine. We must not lose sight of this.

It’s a stressful time to be watching the news, but it’s a time when it’s necessary. The news can show us how to help. Official and popular voices alike have voiced opposition: world governments have intervened economically, hesitant to deploy their troops due to Putin’s threat of nuclear war, while people from many countries, Russia included, have held protests condemning Putin’s actions.

Celebrities like Gigi Hadid have pledged their support for the Ukrainian people and plan to donate to Ukrainian relief funds. Many individuals have even taken a direct approach: booking Airbnbs in Ukraine to give those owners funding.

It’s important for journalists to highlight these acts of humanitarian aid. They convey a sense of hope that serves to break up the stream of harrowing events. These instances of people standing up for others shows Ukraine our solidarity and Putin our distaste. There is more than one way to cover the events, too: Teams of journalists on the ground in Ukraine can work with analysts in their home countries to bring different aspects of coverage to their readers.

What doesn’t belong in the news, however, are pieces detailing how stressful a time it is to be watching the news.

CNN, BBC and other smaller organizations have published articles with the basics of how to “cope” with the war in Ukraine. They give tips on mindfulness, accepting your stress as valid, and knowing when to take yourself away from the endless updates. It’s normal to feel stressed. But it’s also intuitive to take steps toward your own well-being.

Publishing pieces like these takes away focus from what is happening, and if anything, highlights our own opinions as more important than the events. If a U.S. or British news outlet runs pieces on how stressed Americans are over the war — which they have no direct part in — our own feelings take the spotlight of journalism away from the Ukrainian people who need their stories shared.

Such pieces also have a habit of overstating the obvious: If you don’t think you can handle watching the news, don’t watch the news. This is about personal judgment. We live in an age where information is spoon-fed from every screen unless we make intentional decisions about consumption. More articles detailing to us how stressed we are only perpetuates that cycle. These pieces accomplish nothing. It’s time to stop publishing them.