Off-Third: Is the NYU student’s quest for individuality the next pandemic?

NYU students prove the old axiom that if everyone’s different, nobody is. 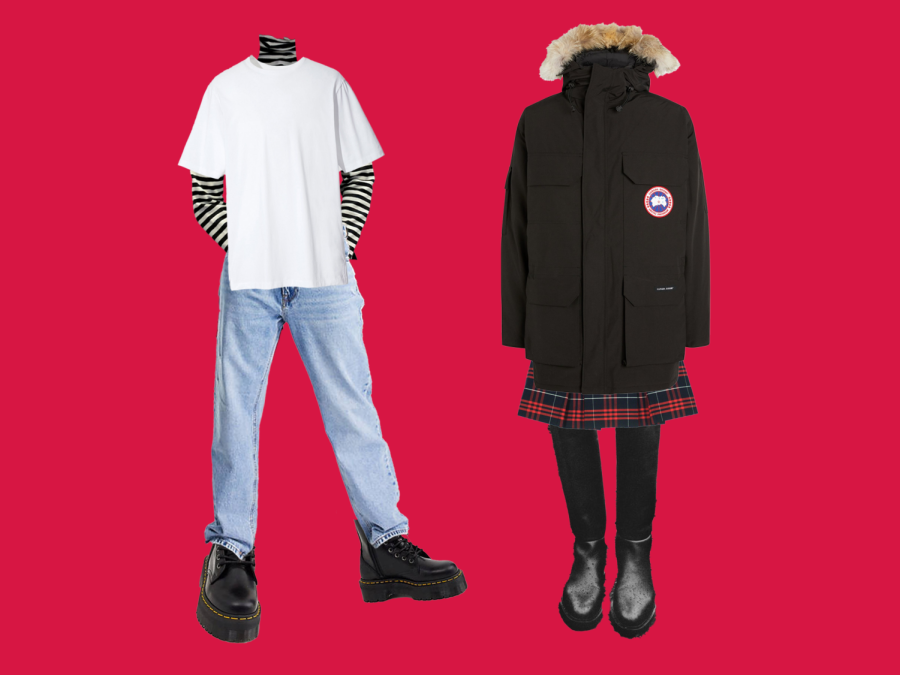 A cultural shift towards niche and alternative fashion styles has popularized thrifting among NYU students. Over-thrifting has caused the once eco-friendly industry to become more profit-driven and environmentally harmful. (Staff illustration by Susan Behrends Valenzuela)

Goodwill stores throughout Lower Manhattan are beginning to order T-shirts and jeans in bulk to cater to their new demographic, Gallatin students. Apparently studying a peculiar, made-up major that your family says won’t make you a dime after graduation lends itself to an unusual sense of style. Our entire generation’s claim to fame is being told we are special, and going to a school that is best compared to a $200 white t-shirt really solidifies that false honor. They’ve certainly held onto being special, mobbing the streets in variations of the same look, the different look. Each of them holds a unique view of themselves, a firm and untouchable belief that they are different from everybody else.

Morgan Goldman-Sachs, a sophomore in CAS from Dallas, Texas, but really from the suburbs, has been particularly influenced by NYU’s obsession with “quirky.” She admitted to feeling “intimidated and pressured to dress like everyone else” and nobly donated all of her overpriced trendy outfits to Goodwill in order to shop at the city’s thrift and vintage stores and post about it on Instagram and TikTok. She has changed her shopping habits from going to Neiman Marcus’ contemporary floor to frequenting, in her words, “a hidden gem: L-Train Vintage”. She loves the money she’s able to save and how much she’s helping the environment, but mostly, she loves that she fits in with her classmates. She’s even ditched her flavorful Puff Bars for cigarettes — hand-rolled, of course, to keep up with her brand-new international friends, whom she met over spring break at her family’s home in Ibiza. Morgan spoke to me from her family’s other compound in Costa Rica over winter break. She has refused to comment on her parents’ employment or political contributions.

Like scrunchies and plaid skirts once were, the trend of individuality seems to be on the rise among today’s urban teenagers in the form of vintage-inspired clothing, unshaved armpits, and contempt toward peers who shop retail and supported President Joe Biden. The irony of it all is that while their parents work at Fortune 500 companies, their offspring cosplay proletarianism.

NYU is a safe haven for @tinyjewishgirl wannabes. It’s a place where you can wear the most atrocious combination of colors and patterns and be the epitome of campus fashion. The students who were made fun of in their midwestern towns for their quirky style are using their newfound sense of belonging to look down upon those who stay within the boundaries of trendiness. NYU’s commitment to inclusivity is, rather, forced conformity — a homogeneous campus of the mainstream outsider.