Opinion: Kat Hernandez on ‘Euphoria’ reinforces fat stereotypes instead of breaking them

HBO’s hit show “Euphoria” has been praised for its representation of fat women in the character Kat Hernandez. It still falls short of a realistic conception of fat women — her depiction is deeply problematic. 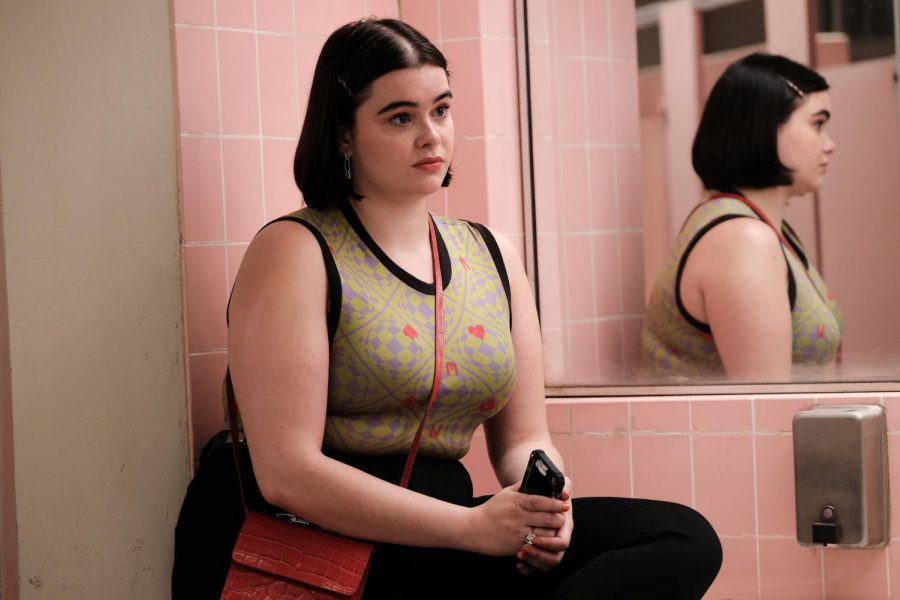 The raw and kaleidoscopic HBO series “Euphoria” deftly explores interpersonal relationships between many of its characters, but it neglects to develop the character of Kat Hernandez (Barbie Ferreira). With Kat being the series’s only fat character, the absurdly popular show is yet another example of media that refuses to write fat characters well.

In season two of “Euphoria,” Kat is essentially removed from the plot. When we do see her, she’s either indulging sexual fantasies or being bombarded by imaginary influencers who champion that she should simply “love herself.” Season one laid a strong foundation for Kat’s evolution as a character, but the staleness she is given in season two makes it evident that we were only given a pseudo-revolution of the fat-girl trope the show was initially perceived as avoiding.

In an already fraught show, “Euphoria” rejected the trope that fat women can only exist as desexualized characters and instead went for an equally troubling one: In order to love herself, Kat reinvents her character by exploring her sexuality through writing steamy fanfiction and becoming a masked sex worker.

In the first episode of season one, Kat has to prove she’s not prudish by losing her virginity to a random boy she met at a party. In the third, she’s fetishized on a PornHub-like platform and decides that a sexual revolution will give her the confidence she previously lacked. “Euphoria” careened from one side of the spectrum to the other with a story that hypersexualizes a fat woman to give her value.

Misrepresentation of fat women is not unique to this season or this series. “Lady Bird,” the 2017 Greta Gerwig film that gave adolescent girls an authentic story of leaving home and seeking new platonic, romantic and familial relationships, reduced its only fat character, Julie Steffans (Beanie Feldstein), to a sidekick. Like Julie, Kat spends much of the first season looming in the shadows of her sexually experienced and perceptibly size-normative best friends. Her storyline continues to be reductive in season two ― while other characters gain time in the spotlight, viewers are left asking where Kat’s plot went.

Underlying Kat’s depiction in “Euphoria” are the societal conventions surrounding fatness, which the show reflects and reinforces. “Euphoria” is overrun by misplaced conventionality, as the bulk of its cast is composed of models. Casting Ferreira as the sole fat character imposes on the series a specific standard of fat women. In order to be seen as valuable in that sphere, fat women must have an hourglass figure; they must remain as close as possible to conventional standards of body size and shape.

The problem doesn’t reside in Ferreira identifying with a fat body type. Rather, the fault lies with casting agencies only moving forward with Ferreira-esque body types: curvy and small-framed. It speaks to how we view fat bodies and how we determine which ones deserve attention. Casting practices seem to demand that fat women be fat enough to fetishize without diverging too far from the norm to be hypersexualized.

[Read more: Opinion: For what ‘Euphoria’ gains in drama, it lacks in genuine representation]

“Euphoria” is rich in nuance. Unfortunately, its gestures toward inclusivity remain misguided. If Sam Levinson, the show’s writer and creator, truly wants to give fat people a storyline without falling back on stereotypes, perhaps he should cast more fat actresses.

Ferreira has helped shine a positive media spotlight on fat women through “Euphoria,” but the show should explore a variety of fat figures and their desires. Levinson’s show is a reminder of what activism across marginalized communities has taught us the past few years: One person cannot be responsible for the representation of an entire community.