While cryptocurrency could generate jobs in New York City, Mayor Eric Adams should not encourage the use of Bitcoin as a currency because of its instability and environmental harm. 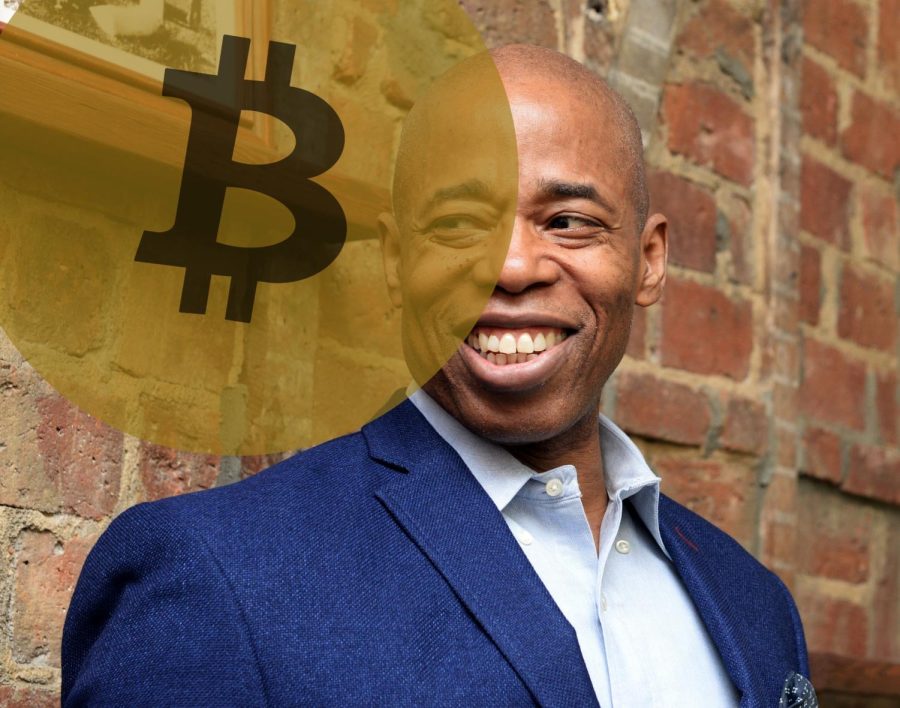 Mayor Eric Adams recently converted his first paycheck to cryptocurrency. He previously declared that he would take his first three paychecks in Bitcoin. (Image via Wikimedia Commons, Staff Illustration by Manasa Gudavalli)

Eric Adams, the self-proclaimed “Mayor of Swagger,” is attempting to breathe new life into a city afflicted by rising crime and a global pandemic. He’s maintained an eccentric and frenetic schedule — going out to three different nightclubs after his November victory to encourage New Yorkers to start visiting restaurants again — and nominating officials at a pace much quicker than that of his predecessor. His eccentricities have carried over to the world of cryptocurrency, too.

In response to Miami mayor Francis Suarez’s declaration that he would take his first paycheck in Bitcoin, Adams likewise announced in November that he would take his first three paychecks in Bitcoin (he has instead converted the money to cryptocurrency after receiving it), promising that New York City was ready to become the crypto capital of the world. Adams, however, should stick to U.S. greenbacks. His boosting of Bitcoin, an unstable financial asset, sets a poor example for New Yorkers.

Ostensibly, the objective of Adams’ publicity stunt is to attract more financial technology companies to New York City. This overarching goal is commendable. The global fintech industry, which Bitcoin and virtually all other cryptocurrencies rely on, is poised to grow rapidly. Furthermore, he claims that crypto-aligned companies would provide jobs for the city. However, using the mayor’s platform to boost Bitcoin might encourage other New Yorkers to unwisely follow in his footsteps.

The day that Adams converted his first paycheck into Bitcoin and Ethereum, the cryptocurrency market crashed, collectively costing investors about $200 billion. His paycheck of about $9,000 is now worth closer to $8,000. This was not even the biggest crash that crypto markets have faced in recent years. In May 2021, cryptocurrencies lost over a trillion dollars of their total market value. Cryptocurrency is fundamentally an unstable medium of exchange. At present, Adams should not be setting a pro-crypto example for his followers and constituents.

A currency that can decrease in value by 10% in a single day should not be promoted for everyday transactions — it’s better-suited to risk-inclined investors who seek to capitalize on that volatility. The sheer inconvenience of paying with crypto should also discourage its use in everyday transactions — Mayor Adams was unable to actually receive his paycheck in crypto as he had vowed, instead using CoinBase to purchase Bitcoin and Ethereum. For now, cryptocurrency should be viewed as an investment rather than a currency.

Practical concerns aside, the environmental impact of cryptocurrency cannot be neglected. Bitcoin mining — the digital process through which the currency is minted — expends ludicrous amounts of energy, and electricity usage by miners has only been rising. A single Bitcoin transaction takes up as much power as the average U.S. household’s monthly energy usage. The average U.S. adult makes about 70 transactions a month. If Bitcoin were used at scale in New York, we would inflict immeasurable environmental harm.

There are cryptocurrencies that are much greener and more sustainable. From SolarCoin — which generates a coin for every megawatt hour created from solar energy — to Nano — which similarly does not rely on mining — there are alternative currencies out there that Mayor Adams could boost instead.

The mayoralty of New York City is one of the most powerful offices in the world. It affords its occupant a bully pulpit, where the mayor can speak for and against policies, activities and trends. If the mayor is putting his full faith behind this volatile currency, it sends the inaccurate message that Bitcoin is something to be trusted, something so secure and reliable that the mayor of the country’s largest city would be comfortable taking his entire paycheck in Bitcoin. To protect the environment and the paychecks of everyday New Yorkers, Eric Adams should not use his platform to advocate for Bitcoin as a commercial currency.