A response to NYU spokesperson John Beckman's inaccurate Letter to the Editor criticizing WSN's coverage of the ELI. 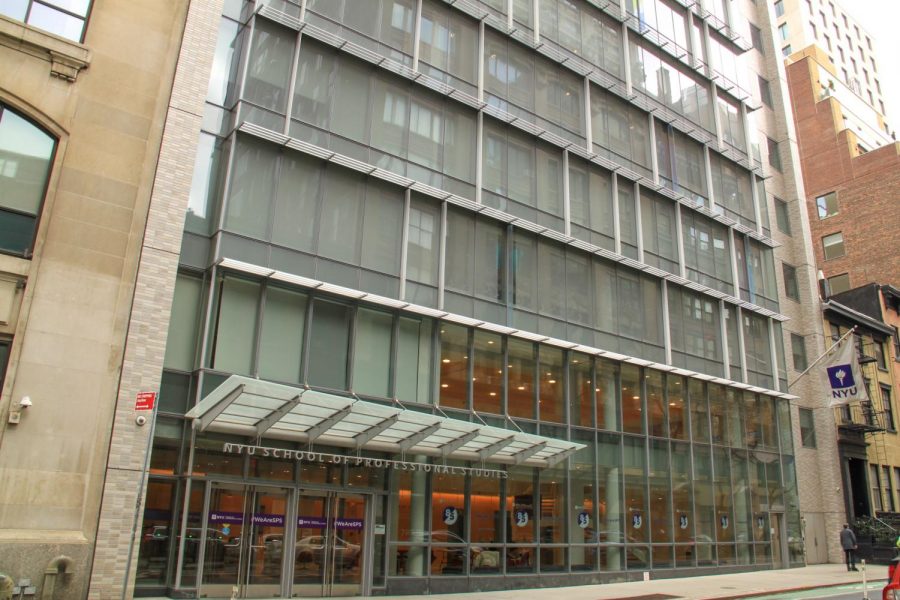 The university’s response (Dec. 14, “Letter to the Editor: WSN’s coverage of the ELI is erroneous”) to WSN’s reporting on the English Language Institute raises concerns that need to be addressed.

[Read more: Letter to the Editor: WSN’s coverage of the ELI is erroneous]

In reply to previous WSN articles, university spokesperson John Beckman made multiple claims attacking the integrity of WSN’s work without doing his own due diligence.

Beckman wrote that if we had “bothered to ask,” we would find that students did not like the ELI. But WSN did ask — Beckman himself was contacted by a WSN reporter, and referred them to a statement the reporter had received from SPS associate dean Paola Curcio-Kleinman. That statement only addressed the closure of the Comprehensive English Program within the ELI and made no mention of administrative decisions that would effectively eliminate the department. Beckman missed his chance to make his voice heard during the reporting process and now resorts to aggressive accusations about the integrity of an independent student newspaper.

Some students who were required to take ELI courses were not informed of this requirement until they arrived on campus, following a policy change by former dean Dennis Di Lorenzo. These students were caught by surprise, likely leaving some with understandable resentment toward courses they had not known would be mandatory.

Issues like this throughout the administrative handling of the ELI could have been mitigated had NYU and SPS provided clearer communication.

Schools at NYU had to create alternative programs out of necessity after SPS administrators barred non-SPS students from taking ELI classes in 2017. Four NYU schools appealed to then-dean Di Lorenzo, requesting a one-year extension of the program to ease the transition, and ELI instructors continued to teach non-SPS students through 2018 until they were prevented from fulfilling that need.

Curcio-Kleinman’s claim that students enrolled in certificate programs “have been able to continue to progress in their studies” and Beckman’s claim that the university “made sure that those still enrolled could finish their program” seem difficult to back up. With the closure of the Comprehensive English Program, the remaining ELI programs are left to be managed by the sole remaining faculty member — an impossible task.

The university should be held accountable to the parties it routinely refuses to communicate with, but it appears that Beckman is fine with leaving students, faculty and employees in the dark and berating the student journalists who attempt to shine a light.

His arguments about the university’s treatment of its employees are similarly misleading. While Beckman’s claim that severance packages account for employees’ lengths of service is technically true, the packages are largely determined by recent teaching assignments. Because of reduced teaching hours during the pandemic, even instructors who had taught for over 30 years were offered insultingly little.

It is ludicrous to claim, as Beckman did, that the university will “recognize the contributions of the faculty” merely by honoring a legally binding contract. Doing the bare minimum is not a credit to the university’s name.

There are some concrete steps NYU can take to dispel its anti-labor reputation instead of railing against student journalists calling on the university to improve: Bargain in good faith with NYU’s unions. Recognize Contract Faculty United-UAW at NYU.

In any case, it is erroneous of Beckman to claim that “the paper railed against the program,” for our publication of opinions is not an endorsement of them — opinion pieces published by WSN do not necessarily reflect the position of the newspaper. Past WSN op-eds about the ELI that Beckman referenced represent writer Phoebe Kuo’s experience with what was at the time called the American Language Institute, but they do not represent the paper’s position any more than recent opinion pieces.

Nevertheless, criticism of the SPS administration is necessary for the ELI to improve, if it is allowed to continue to exist at all. WSN’s coverage of the ELI will continue to strive for nuance and cover multiple perspectives on the issue.