By closing the English Language Institute at the School of Professional Studies, NYU administration is harming workers, international students and non-English speakers. The decision is emblematic of NYU’s callous policies. 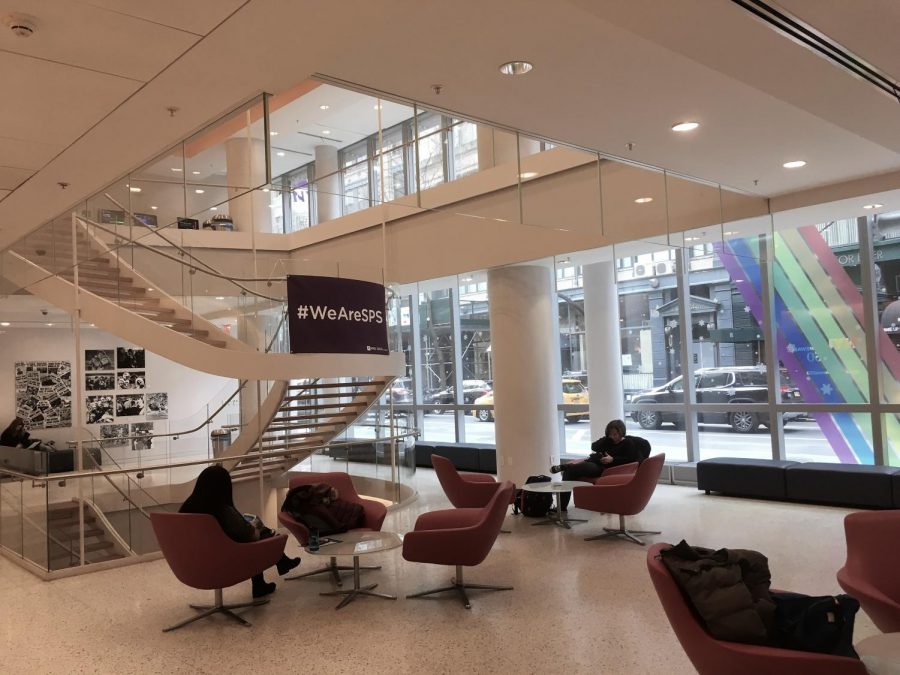 The effective closure of the NYU School of Professional Studies’ English Language Institute and its programs, announced to staff in October and reported by WSN on Monday, is a horrifying example of the university’s lack of accountability and complete disregard of its employees and students. Adjunct instructors, contract faculty and administrative workers have all borne the brunt of anti-union policy at NYU.

As the ELI is the only affected department, it is also discriminatory to students learning English as a second language. The university capitalizes on foreign students’ tuition while denying them the tools for further success.

The ELI houses a large variety of resources for ESL students, from pronunciation classes to specialized courses in professional fields. One program for immigrant students offered pro bono advanced English language instruction services for asylum seekers and refugees; for World Refugee Day, it hosted the director of a U.N. refugee agency. The institute served international and immigrant students for over 75 years.

In the institute’s 76th year, and in the same week an ELI professor presented on her program’s successes at a U.N. panel, ELI staff were informed that all the adjuncts — more than 50 as of 2016 — and 11 of 12 full-time contract faculty would be terminated.

SPS administration has called these layoffs a “restructuring” of the department, but it’s difficult to believe that the one remaining faculty member, Raúl Sánchez, can maintain the entire department’s functionality. Multiple ELI staff members found it odd that he was retained at all.

“He is not reliable,” said a former employee who asked to remain anonymous, fearing reprisal from NYU. “Of all the people to be kept, it just seems really strange that it would be him.”

Multiple sources in the ELI allege that Sánchez rerouted class assignments to his business partner and co-author, former adjunct Dan Bullock, giving Bullock an inflated severance package — according to multiple ELI staff, his payout was up to three times greater than that of adjuncts who had worked at the ELI for decades longer.

Meanwhile, adjuncts who had taught for 30 to 40 years at ELI had their assignments reduced semester by semester, according to Cate Fallon, a Tisch adjunct instructor and unit chair for ACT-UAW Local 7902, the union for NYU adjuncts. Because ELI severance offers were calculated based on the employee’s last year of compensation, the decrease in teaching assignments during the COVID-19 pandemic caused many workers to suffer. Most adjuncts received insultingly low compensation offers, illustrating a disregard for decades of work.

“I’m one of the adjuncts the union is still fighting for because they feel that what NYU is offering me is insufficient,” said adjunct associate professor Mark-Ameen Johnson. “I haven’t seen a penny.”
Engineering an enrollment decline
In a statement to WSN, SPS associate dean Paola Curcio-Kleinman said the decision was made because “over the last five years, enrollment at the ELI has declined by over 82% and revenues have declined by 95%.”

But this drop in enrollment was no accident — the ELI used to offer its services to students at all of NYU’s schools. In 2017, then-dean Dennis Di Lorenzo made the ELI exclusive to SPS students, around the same time that he “restructured” a major SPS division for non-traditional students while firing 10 full-time faculty.

“It was effectively the decision of one dean to have us stop serving the university,” said clinical assistant professor Mary Ritter.

Instructors at the institute were cut off from non-SPS students they had been working with. Ritter confirmed that several schools formally appealed the dean’s decision because they had students that depended on the ELI’s services.

There were 1,800 students in the program in the 2016-17 academic year. Now, there are 166. In a delicate dance of doublespeak, Curcio-Kleinman divested SPS administration from responsibility, as if abundant evidence of the administration acting to the contrary did not exist.

In spring 2020, belying the “restructuring” to come, SPS created a committee for “Inclusion, Diversity, Belonging, Equity, and Accessibility” headed by associate dean Billie Gastic Rosado, who is also co-chair of the hiring committee that selected current dean Angie Kamath.

“Getting rid of the English Language Institute is flying in the face of what the IDBEA is for,” the professor said.

The disemboweling of a program for ESL students exemplifies SPS’s disregard in practice for “equity and accessibility.” Axing the Collaborative for New Immigrant Education, which serves refugees and asylum seekers, is even more nauseating.

In the context of these program cuts, the IDBEA committee represents a hollow, hypocritical and unfulfilled promise. At a school with over 17,000 international students, the claim that there is an organic lack of interest is laughable.

Johnson mentioned that SPS admissions had previously offered conditional acceptances to graduate students who would be required to take ELI classes. An anonymous professor said Di Lorenzo changed that policy such that students wouldn’t find out they were required to take ESL classes until they arrived.

Di Lorenzo also later claimed that the program was in decline because students were angry that they needed to take these classes. The exploitative nature of eliminating the program that international, refugee and non-U.S. citizen students have sought out, found a community in and even returned to after graduation, is a travesty.
Precarity by design
The unacceptable treatment of ELI staff is, unfortunately, to be expected, considering NYU’s anti-worker history. The current role of the full-time non-tenure contract faculty status is directly due to the 2005 graduate student worker strike, when mandatory first-year courses taught by graduate students were disrupted.

In 2003, former NYU president John Sexton outlined a vision of a university with non-tenured faculty, arguing to the university’s board of trustees that tenure is not relevant. Faculty should sacrifice their personal desire for tenure, he said, for the common good of the university’s flexibility.

“One reason for this explosive growth is it allows NYU to put more work on faculty that aren’t protected,” said Elisabeth Fay, a clinical associate professor and organizer with a contract faculty union not recognized by the university.

In 2016, then-associate dean Lisa Springer publicly questioned Di Lorenzo on why the ELI did not have control over its own budget— unlike similar programs, which typically have budgetary control, the ELI’s budget is controlled by SPS associate dean Carlo Pellicciari. This incident was allegedly the catalyst for a complete upheaval of the department. Budgets evaporated, Springer and her subordinate administrators left their positions and the ELI’s recruitment efforts were shut down.

The atmosphere of paranoia and confusion was so intense that staff stopped using NYU email accounts and were reluctant to speak on the phone for fear of wiretapping. A former professor described an administrator who, convinced the lines were bugged, kept lifting an office phone on and off the hook.

Several former employees recalled multiple incidents of hostility. Once, in an ELI faculty meeting, Pellicciari kicked out a union representative. Another time, in a staff meeting, Di Lorenzo and Pellicciari verbally belittled staff for software errors after an overnight system update.

A former employee described Di Lorenzo and Pellicciari’s “out of control” actions as “completely overt intimidation and bullying.”
Obstacles to advocacy
In her statement to WSN, Curcio-Kleinman said that “NYU SPS is committed to following NYU policy and process,” in the reorganization of ELI, but there’s evidence to the contrary. NYU policy outlines a consultation procedure for terminating and reorganizing programs, and SPS policy outlines a reappointment procedure. Neither were followed.

Ritter and other sources said that the future of the CNIE and similar programs remains uncertain.

Contract faculty representatives in the University Senate attempted to appeal the closure decision, and said in an email to contract faculty that “no efforts were made to find other employment for our colleagues across the university.” Despite the wealth of skills of ELI faculty formally trained in ESL education, many members have been set adrift.

Remaining employees are hardly better off. An anonymous professor said that NYU bars the union from meetings with new employees. Fallon said that unions are not informed about new staff in a timely manner, which presents its own issues.

The university blames algorithms and data errors, union organizers said, but the lack of registration of new staff can lead to major consequences. For example, health insurance is offered in the second year of employment — to receive insurance, there must be evidence of the duration of employment in NYU’s system. This means that when the university does not keep staff registration updated, the union cannot inform staff of the benefits they’ve earned. Unions are then forced to hold the university accountable on something as simple as properly keeping track of its staff.

According to Fay, the union, Contract Faculty United, has a majority of faculty support. NYU can either voluntarily recognize the union or it will petition the National Labor Relations Board.

“I really think that students and teachers need to be allies against the admin because, seriously, they really hate both of us pretty much equally at this point,” one professor said.

The administration’s decision to kneecap the institute demonstrates the urgency of student-faculty solidarity. The ELI has consistently demonstrated its indispensability and served the needs of the university community. To shutter a program that relied on precariously employed staff and served international students is anti-worker and downright racist.