Letter to the Editor: Divestment, democracy and the board of trustees

The board of trustees is an unaccountable group with overwhelming power. We need to democratize NYU to ensure transparency, accountability and a prosperous future for its students. A response to ​​”Hamilton discusses NYU dorm intruder response, denies private prison investment,” Nov. 18. 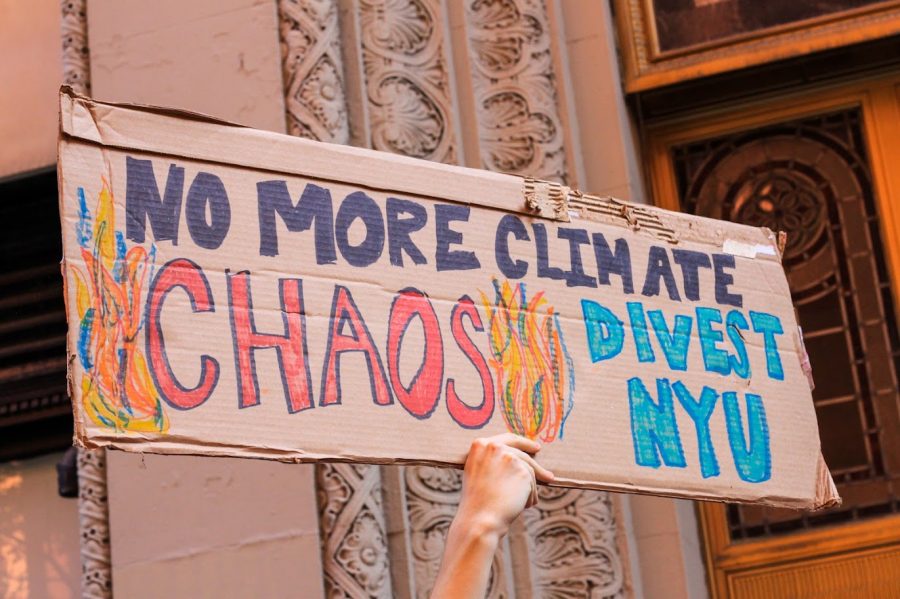 Sunrise Movement NYU launched its Divest NYU campaign this fall, the third push for divestment from fossil fuels at NYU. While each push differed in strategy and specific demands, they all centered around forcing NYU to listen to the will of its students and faculty by divesting from fossil fuels. In 2015, the Student Government Assembly passed a resolution to divest the university from fossil fuels. The board of trustees rejected this resolution and continued to perpetuate harmful investment practices.

What were the arguments the board put forth to deny the community’s wishes? Following the 2015 resolution, the trustees’ first line of reasoning pointed to the endowment’s fiduciary responsibility. This means they could not jeopardize the growth of the endowment over trivialities such as taking a stand against the fossil fuel industry and protecting their students’ futures.

However, since the resolution was passed, fossil fuel stocks have consistently underperformed the S&P 500, an index tracking some of the largest publicly traded corporations. If NYU had divested when SGA passed this resolution and redirected their investments into green technology, our endowment would have grown significantly more.

Their second line of reasoning was that it would be contradictory for NYU to “deem the fossil fuel industry morally reprehensible—the clear implication of a decision to divest—while on the other hand continue to regularly and willingly use their products to power and heat our campus and to transport our students and faculty.” This logic is, of course, absurd. How can citizens ever protest their government if their government built roads they march on? How can you critique capitalism if you have an iPhone? These arguments stump even the most astute intellectuals.

But what about democracy? What about the principle that the stakeholders in the community — such as students, faculty, staff and administrators — should have a say in how the institution operates? After all, NYU cannot function without these members of the community. Currently, multiple institutional structures prevent such democratic participation. For example, the university’s management of the endowment is completely hidden from the public. Beyond a vague annual report, no one besides the endowment managers and board of trustees knows how the school’s money is being invested. The board can also overrule decisions made by the student government — an explicit rejection of the will of the student body.

NYU should listen to its community and divest from fossil fuels. Following the SGA’s 2015 resolution and another resolution in 2019 seeking divestment, as of Dec. 6, Sunrise NYU has collected over 1,200 signatures demanding divestment, accountability and transparency. We must, however, go beyond this. As a community, we must pressure NYU’s board of trustees to not diminish, but expand institutional structures that encourage democratic participation. Whether this takes the form of increasing the student government’s jurisdiction or making the endowment more transparent, it is critical to build up such democratic structures to ensure the ethics of NYU’s endowment — and, in return, NYU’s community.

Paige Anderson is the hub coordinator for Sunrise NYU.