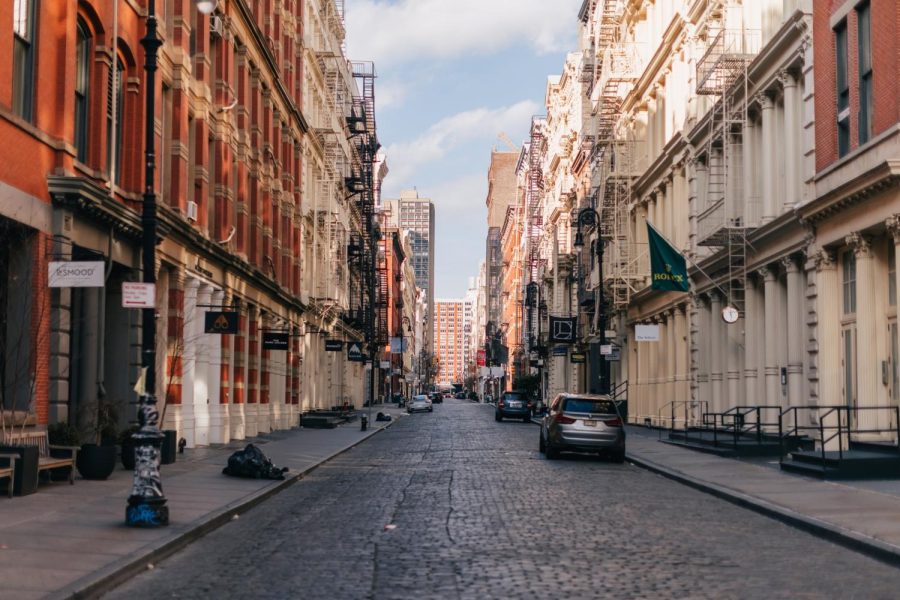 SoHo and NoHo are notorious for their exorbitant rent and upper-crust reputation. Mayor de Blasio's upzoning plan will create tens of thousands of affordable housing units in these neighborhoods. (Photo by Aleksandra Pankratova)

In October 2020, Bill de Blasio’s administration proposed an upzoning of the SoHo/NoHo neighborhood that would add 3,200 housing units over 10 years. Village Preservation, a SoHo/NoHo neighborhood group, is resisting the plan, saying that it will damage the neighborhood’s affordability and racial diversity. However, a closer look at the proposal and Village Preservation’s critiques show that these misgivings are unfounded. De Blasio’s upzoning proposal will increase housing access and affordability for New Yorkers of color.

The upzoning is intended to be a first step in addressing the city’s worsening housing crisis. A report from the New York City Department of City Planning shows that from 2002 to 2017, SoHo/NoHo median rent increased by over 37%, while median income increased by only 20%. Additionally, over the past 20 years, job growth has outpaced housing stock — the city has added 150,000 more jobs than it has housing units — causing New Yorkers to struggle to make rent.

To rectify this net loss of housing units and the socioeconomic and racial homogeneity of the city’s wealthiest areas, the city wants to upzone the SoHo/NoHo area. Given that about 66% of SoHo/NoHo residents earn more than $100,000/year and that about 78% are white, the city intends to address these financial, social and professional disparities by creating affordable housing in SoHo/NoHo.

The plan is to add 3,200 units to the 4,699 existing housing units in SoHo/NoHo. The city’s principal strategy for creating affordable housing is to offer loans and tax incentives to private building owners. The city will implement Mandatory Inclusionary Housing in the privately-owned buildings, which stipulates what percentage of the total housing units must be affordable. City Planning Commission chair Anita Laremont has stated that the plan will reserve 900 units as permanently affordable.

The Village Preservation objected to the proposal, saying that the city’s plan will not make the area more socioeconomically and racially diverse, but will only raise housing prices and destroy existing affordable housing in the area.

The Village Preservation claims that the city’s plan will cause a larger disparity in the neighborhood’s socioeconomic distribution, with 25% of residents making between $32,000-$98,000/year and 75% making more than $200,000/year. According to both the Furman Center’s numbers and the city’s numbers, this projected stratification is closer to the neighborhood’s current socioeconomic distribution. This claim assumes that the city will implement the 25% Mandatory Inclusionary Housing stipulation, but even if the city implements that stipulation, the Village Preservation’s conclusion is still inaccurate.

These counterarguments are misguided, though. According to multiple studies conducted on upzonings, adding any kind of housing — even market-rate housing — will reduce rents across the neighborhood. This is because there will be more supply to meet demand. Since SoHo/NoHo has seen a net reduction in total housing units, adding more housing units would only reduce total costs and increase socioeconomic diversity.

While the city’s plan is by no means perfect, it is a step in the right direction. Of course, it would be better to not have to rely on tax incentives and loans, but creating affordable and market-rate housing is worth it. As the de Blasio era of New York City comes to a close, he leaves behind a robust upzoning plan that will improve housing affordability for New Yorkers.