The debt relief plan offered by Mayor Bill de Blasio should be amended to financially protect taxi workers after decades of deregulation and private greed. 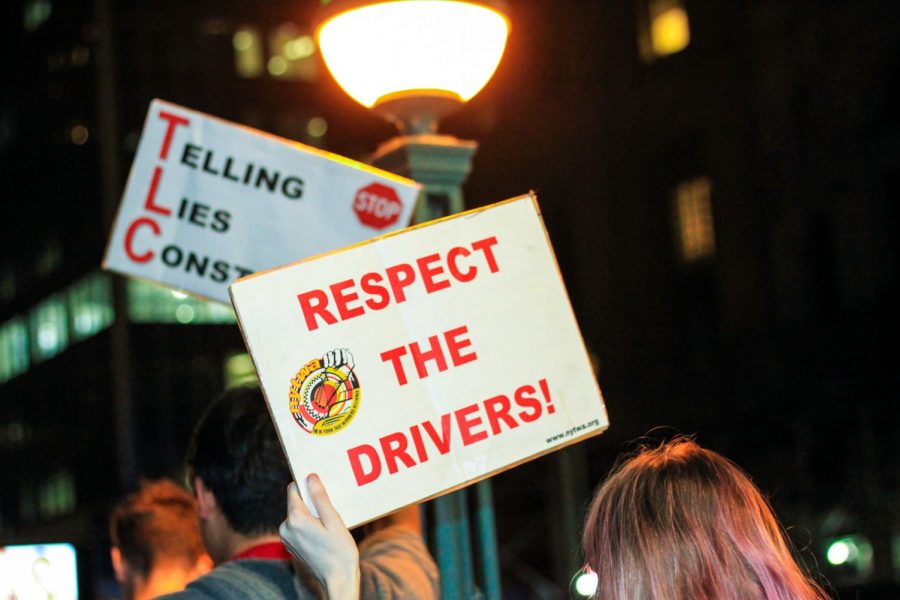 Members of the New York Taxi Workers Alliance have been protesting against Mayor Bill de Blasio’s debt relief plan for taxi workers outside City Hall for the past eight days. The plan is weak and does not do enough to financially protect taxi drivers. (Staff Photo by Alexandra Chan)

For the past eight days, members of the New York Taxi Workers Alliance have been engaged in a 24/7 protest outside of City Hall in response to Mayor Bill de Blasio’s debt relief plan for taxi workers. Funded by President Joe Biden’s American Rescue Plan, the de Blasio proposal would allow workers to refinance their debt. Taxi workers believe that the plan will not sufficiently make up for decades of failures from both the public and private sector. The plan does not do nearly enough to restore the financial health of New York City’s 13,587 taxi workers — alternatives must be considered.

Medallions are permits issued by the city government that legally authorize taxi workers to drive the iconic yellow cabs that once filled city streets. Purchased by taxi workers from either the city government or licensed brokers, taxi medallions were once tickets to a fulfilling middle-class lifestyle. However, predatory loans and rapid price increases made the medallions financially destructive for many unsuspecting workers.

Taxi workers suffered because of financial greed, plain and simple. The New York Times reported in 2018 on the depression epidemic among taxi workers, caused in part by a rapid increase in medallion prices. Though there was no significant income growth for taxi workers from 2002 to 2014, medallion prices rose from $200,000 to $1 million. Massive corporations bought medallions in bulk to then lease out to workers, driving the price up. To avoid scaring off new entrants into the market, financial institutions would disguise the true price of medallions with predatory loans. One unsuspecting taxi worker was led to believe that the loan price was $50,000 while his signature chained him to a financial obligation of $1.7 million.

Mayor de Blasio’s plan attempts to help taxi workers with a $65 million fund, offering $29,000 no-interest loans to each driver and assistance in restructuring driver debt. City government does not guarantee a cap on monthly wages. With data from the U.S. Bureau of Labor Statistics showing that the annual mean monthly wage of taxi workers in the New York City-New Jersey metropolitan area is $2,927, every dollar counts. Any plan that is implemented should ensure that taxi workers are able to avoid crippling debt in the first place, not just refinance existing debt.

The NYTWA has endorsed a plan that would restructure their debt such that monthly payments for drivers would be capped at $800 a month. This plan, supported by the people that the government purports to help, would do more to support the victims of government deregulation. The city council should introduce and pass this plan instead of de Blasio’s weak relief package.

In light of the government’s involvement in this debt crisis, Mayor de Blasio’s plan should be stronger. Government officials granted regulation exemptions to institutions that leased medallions, and de Blasio is close with those in the industry, including Evgengy Freidman, the taxi mogul who admitted to inflating medallion prices. City advertisements touted the medallion value increases, declaring them to be “better than the stock market.” A lack of government oversight and predatory marketing tactics caused this crisis — City Hall has a moral obligation to remedy that harm by introducing a more robust debt relief program.

With a different mayor, perhaps the relief plan would be more ambitious. De Blasio’s tentative opposition to a taxi bailout has set an outer bound on how progressive a relief plan could be. During his last days in office, he should correct his administration’s medallion mismanagement by supporting the NYTWA’s proposal.

If you believe, as we do, that nobody deserves to drown in debt to fill Wall Street’s coffers, sign NYTWA’s petition and, if you’re able, donate to support these brave workers.

A version of this article appeared in the Sept. 27, 2021, e-print edition. Contact the Editorial Board at [email protected]