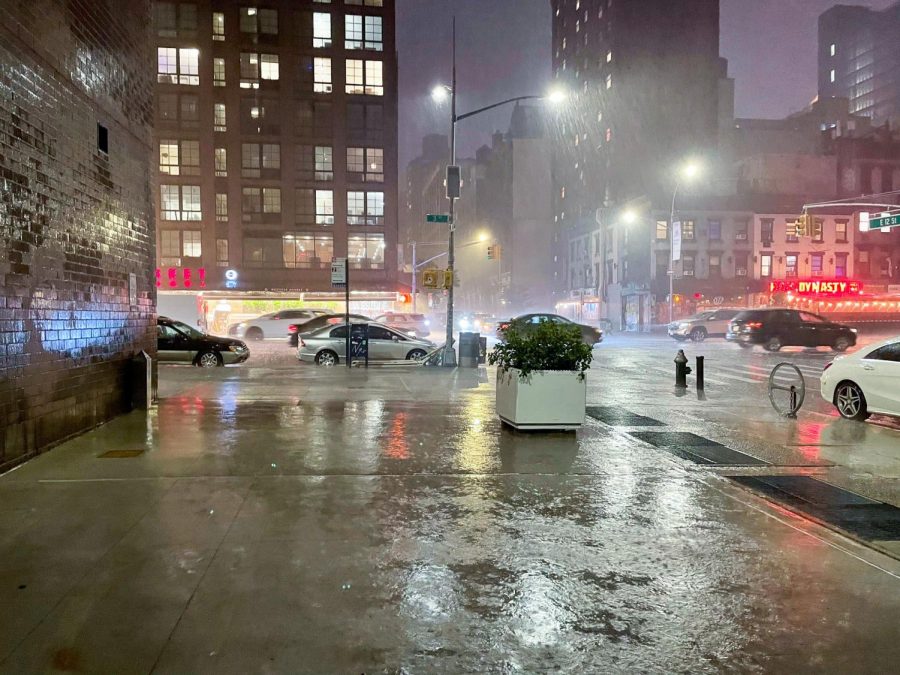 Hurricane Ida dumped record levels of rain across New York City on Sept. 1, shutting down packed streets and highways and flooding subway stations. Damage and tragedy overwhelmed the city as officials declared the first flash flood emergency in its history. At least 13 people were killed in New York City, primarily from drowning within cars and basement apartments.

Human-induced climate change ensures that such extreme weather events will continue to increase in likelihood and intensity. New York City must increase its investment in comprehensive natural disaster resiliency infrastructure to adapt to future catastrophes like Ida.

The next mayor of New York — likely Democratic nominee Eric Adams — will inherit the urgent task of tackling climate change, preparing the city to resist extreme weather effects. In a televised appearance, Adams admitted that the flooding was a “wake-up call.” He pointed to the need for better infrastructure, solutions and innovations — and yet, much of his public climate plan remains brief and uncertain.

Adams’ climate agenda, released last Earth Day, is only seven pages long and lacking in specifics. His goals include increasing reliance on renewable energy and decreasing reliance on fossil fuels, increasing interest and investment in community-based solar power projects, decreasing dependence on “peaker plants” — which run when there is a demand spike for electricity — and implementing a “green economy curriculum” in high schools and community colleges. While all of these goals are important, there are major flaws. His lack of detailed metrics and structured timelines for pursuing sustainability is troublesome. His stances on several local climate policies — such as banning gas in newly developed or renovated apartment buildings or enforcing energy efficiency — are still hazy.

Investment in climate resiliency infrastructure must be a political priority for the future mayor. In light of the current mayor’s minimal support for boosting coastal resiliency across outer boroughs, it will be important to hold Adams accountable for his progress toward resiliency structures within said regions. The support he garnered in these outer boroughs was crucial to both his primary win and campaign messaging. Given his acknowledgement that “the impacts [of climate change] have been most severe in historically disenfranchised neighborhoods,” inaction on this matter will speak volumes.

Another key point to watch will be Adams’ approach to corporate responsibility. Currently, buildings emit over 70% of the city’s greenhouse gas emissions. Local Law 97, which will require large-scale buildings to cut emissions, is set to take effect in 2024. Corporate and landlord compliance must be enforced in order to realize the ambitious policies the climate crisis demands.

In the past, Adams has actively consulted with the real estate and business elite. The direction he takes in enforcing emission standards will be a crucial signal of his priorities regarding climate policy and relationships with the private sector.

As the likely successor to a city increasingly threatened by climate catastrophe, Adams must release a more detailed climate strategy. If Adams wins the mayoral election this fall, the spotlight on Adams must intensify, emphasizing the urgency of investing in necessary climate resiliency and accountability infrastructure.

A version of this piece appeared in the Monday, Sept. 13, 2021, e-print edition. Contact Michelle Han at [email protected]