Opinion: White women, Texas is not your personal ‘Handmaid’s Tale’

In response to a Texas law banning abortions after six weeks, many white women posted memes comparing the law to Margaret Atwood's novel “The Handmaid's Tale.” But these memes ignore the history of those most affected by this new law: people of color. 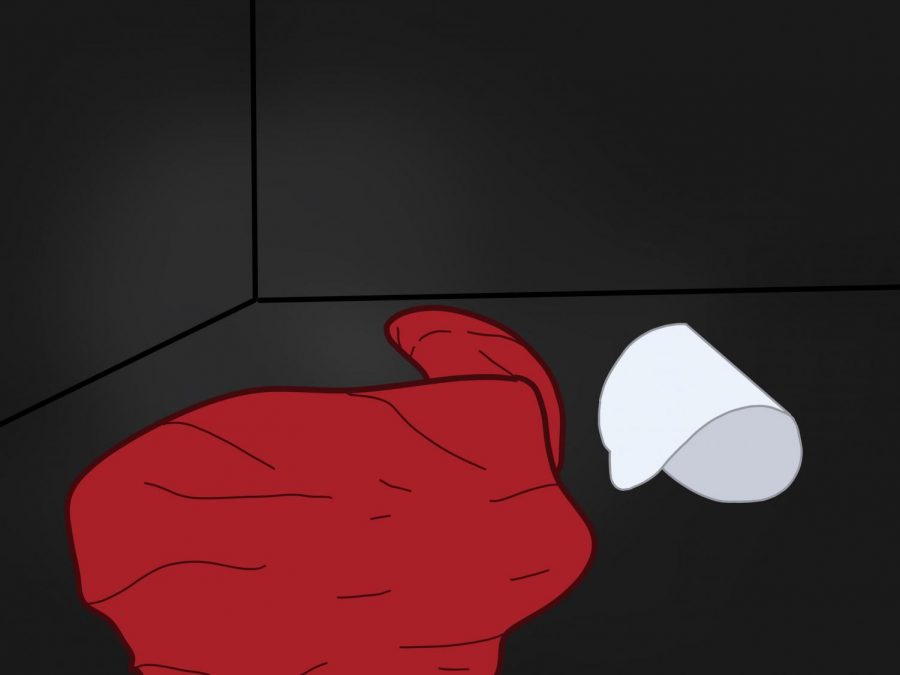 In light of Texas passing a law banning abortions after six weeks, many memes comparing the law to the novel The Handmaid’s Tale have been posted on social media. These memes ignore the people most historically impacted by reproductive rights — people of color. (Staff Illustration by Manasa Gudavalli)

Texas Gov. Greg Abbott signed a law in May banning all abortions past the six-week mark and allowing private citizens to sue abortion providers, abortion seekers and those enabling abortion seekers. The law went into effect on Sept. 1, 2021. The Supreme Court released their decision just before midnight that day, stating they would not take any action to block the most restrictive abortion law in the United States. The vote was 5-4, with Chief Justice Roberts joining the dissent.

Activists and organizers immediately took to the internet, calling attention to the new law and its drastic consequences for residents of Texas. Just as quickly, white women — including celebrities like Rosie O’Donnell and Cher — began comparing the law to Margaret Atwood’s dystopian novel “The Handmaid’s Tale.” Pro-choice demonstrators in Dallas even dressed in the famous red robes and white bonnets. Sen. Elizabeth Warren, when asked if the comparisons were hyperbolic, said “no.”

“Women with resources still get abortions,” Warren said in that same interview. “What this law is really about is not stopping abortions across the board. This is about bearing down on the most vulnerable among us.”

Historically, the most vulnerable have been low-income women of color, particularly Black women. As activist and organizer Bree Newsome tweeted on Sept. 1, “If you think A Handmaid’s Tale is shocking, wait until you learn the history of Black women in America.” And as she had pointed out in an earlier tweet, “Also, ‘we’re becoming A Handmaid’s Tale’ is actually a super white-centered take that completely ignores we’re living in a struggle against genocide and slavery that’s been going on over 500 years.”

If you think A Handmaid’s Tale is shocking, wait until you learn the history of Black women in America

Reproductive scientists have continually harmed communities of color. J. Marion Sims, the so-called Father of Gynecology, revolutionized the medical field through his various experiments on enslaved Black women’s reproductive organs. All of these experiments were done without consent or anesthesia. However, for the white women on whom he later performed medical procedures, consent was obtained and anesthesia administered.

In the 20th century, with the advent of hormonal birth control pills, pharmaceutical companies began human testing on low-income women in Puerto Rico. Meanwhile, the so-called science of eugenics sterilized more than 60,000 people in 32 states, most of whom were women of color and disabled women. Unwanted sterilizations were performed on nearly 1,400 women in California prisons between 1997 and 2010 — prisons disproportionately occupied by Black and Latinx women. Even as recently as last year, immigrant women were allegedly sterilized at ICE concentration camps on the border.

White people making a comparison between the United States and “The Handmaid’s Tale” are predicting a future dystopia. The truth is that Black women have lived without reproductive agency for centuries in the United States and around the world. The “Handmaid’s Tale” narrative allows white women — among the most vocal supporters of the Texas abortion law — to structure this issue as man versus woman. In reality it is white evangelical supremacy versus oppressed peoples.

Even Margaret Atwood, describing how she wrote “The Handmaid’s Tale,” said “One of my rules was that I would not put any events into the book that had not already happened in what James Joyce called the ‘nightmare’ of history.” It is the responsibility of white women to understand the subjugation women of color have endured throughout history — especially given that such subjugation set a precedent for current legislative measures restricting reproductive agency. As Twitter user @XimenaIQuintana wrote, “Is texas the handmaid’s tale or are white women finally living what Black and Brown women have lived for centuries?”

is texas the handmaid’s tale or are white women finally living what Black and Brown women have lived for centuries?