Despite the associated health and environmental risks, the National Grid plans to build a fracked gas pipeline that runs through Brooklyn, which will hit marginalized communities the hardest. It is about time that we halt this pipeline and transition towards green energy. 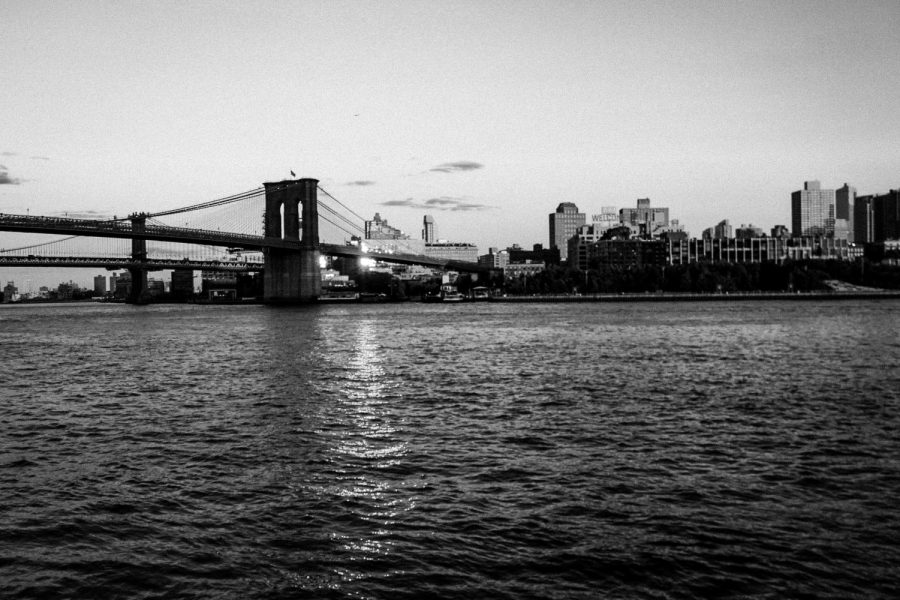 The National Grid is constructing a fracked gas-line that runs through many marginalized communities in Brooklyn. This unsustainable energy method presents a real danger to the communities in which this main runs through. (Staff Photo by Alexandra Chan)

A 7-mile natural gas pipeline is under construction in northern Brooklyn. The multinational utility company National Grid wants to build the pipeline to pump natural gas from Pennsylvania to Brooklyn. Despite fierce local and grassroots opposition to the National Grid project, including pushback from notable figures like New York City Mayor Bill de Blasio, the project continues unabated. Opponents to this project maintain that the pipeline will negatively impact the surrounding community’s public health and quality of life. Since the pipeline will run through predominantly Black and brown neighborhoods such as Brownsville, Bedford-Stuyvesant and Bushwick, this is a clear example of environmental racism.

In the case of an explosion, the pipeline is estimated to impact 153,000 New Yorkers who live in the 1,275 foot blast zone. Within this zone, 81 daycare facilities, 55 public schools, and three nursing homes will be affected. Low-income communities and communities of color are disproportionately affected. For example, in neighborhoods like Brownsville, which is both 70% Black and has the highest asthma rates in the city, residents are particularly vulnerable to the health and environmental risks associated with fracked gas pipelines. Gas leaks, ruptures and explosions endanger the well-being of Brooklyn residents, particularly those from marginalized communities suffering from health issues. The larger picture shows the severe consequences that fracked gas pipelines have for the environment. This includes the release of methane gas, which is a powerful greenhouse gas that contributes to climate destruction.

Environmental racism is a chronic issue that threatens the safety of marginalized people across the United States, particularly Black and Latine communities. This concept describes the many ways communities of color are disproportionately burdened by environmental hazards. According to the Environmental Protection Agency’s environmental justice mapping tool, areas like Greenpoint have some of the highest proximities to hazardous waste and environmental pollution in the country, as well as the highest rates of cancer risk due to toxic air quality and pollutants like diesel.

Given these potent risks to the health and safety of local communities, a transition toward green energy sources is more urgent than gas storage. It would be a grand-scale project that requires retrofitting the city’s aging infrastructure and electrifying heat and energy sources. A switch away from natural gas would be a major breakthrough, if renewable energy sources took priority over the construction of pipelines.

A just transition towards renewable energy and a more environmentally sustainable New York City must be holistic. This process must involve both greening the power grid and converting energy and heat sources. Despite challenges in updating urban infrastructure, this is necessary to ensure the well-being of New Yorkers. Even partial steps toward reducing the city’s reliance on fossil fuels — such as restricting fossil fuel usage to only the peak of the winter — would allow for 97% of heating to be powered by electricity. Initial steps towards building a green New York City must begin now, and replacing pipeline construction projects and other fossil-fuel-driven infrastructure is the first step.

For local communities in Brooklyn, the construction of a fracked gas pipeline is an issue of health risks, injustice and environmental racism. Community members report feeling deceived as the National Grid failed to communicate with them about the construction taking place, let alone the risks that would accompany it. New York City communities deserve to be heard in their opposition to fracked gas and their advocacy for green energy. A just transition would eliminate the danger posed by fossil fuels and allow the city to build a brighter, greener future for all.

A version of this article appeared in the Monday, Apr. 26, 2021 e-print edition. Email Asha Ramachandran at [email protected]